President Trump called for another round of coronavirus stimulus checks to Americans after calling off stimulus negotiations with Democrats on Tuesday afternoon.

“If I am sent a Stand Alone Bill for Stimulus Checks ($1,200), they will go out to our great people IMMEDIATELY,” the president said in a tweet on Tuesday evening. “I am ready to sign right now.”

On Wednesday morning, President Trump added to his push for a standalone bill on stimulus checks, tweeting: “Move Fast, I Am Waiting To Sign!”

House Speaker Nancy Pelosi (D-Calif.) — who has been trying to craft legislation that could pass both the Democratic-controlled House and GOP-controlled Senate — said on Wednesday that the president is rebounding from the “mistake” he made on Tuesday. 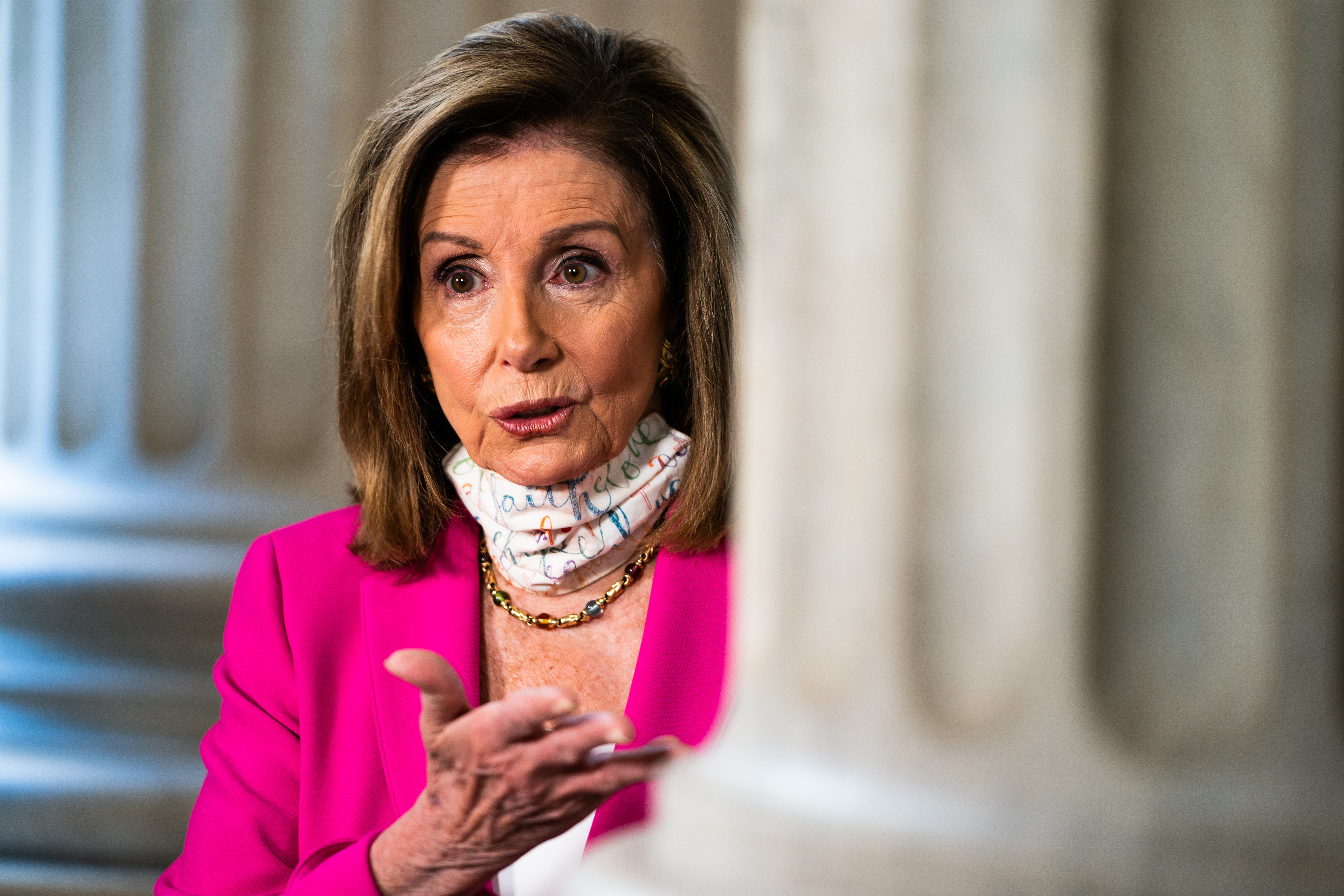 “It’s hard to see any clear sane path on what he’s doing but the fact is he saw the political downside of his statement of walking away from the negotiations,” Pelosi told ABC in response to Trump’s latest comments. “He’s rebounding from a terrible mistake he made yesterday.”

Asked about stimulus checks specifically, Pelosi told NBC: “All the president wants is his name on a check and that doesn’t — we’re here to honor our heroes, crush the virus, put money in the pockets of the American people, beyond a check with his name on it.”

Treasury Secretary Steven Mnuchin spoke to Pelosi on Wednesday morning about a standalone bill for roughly $25 billion in relief for airlines but she noted that “Republicans blocked that bill on Friday” and asked him to review Rep. Peter DeFazio’s (D-Ore.) bill. The president’s wishes for standalone bills also include funding for the Payroll Protection Program (PPP) related to small businesses. Talks are still ongoing. 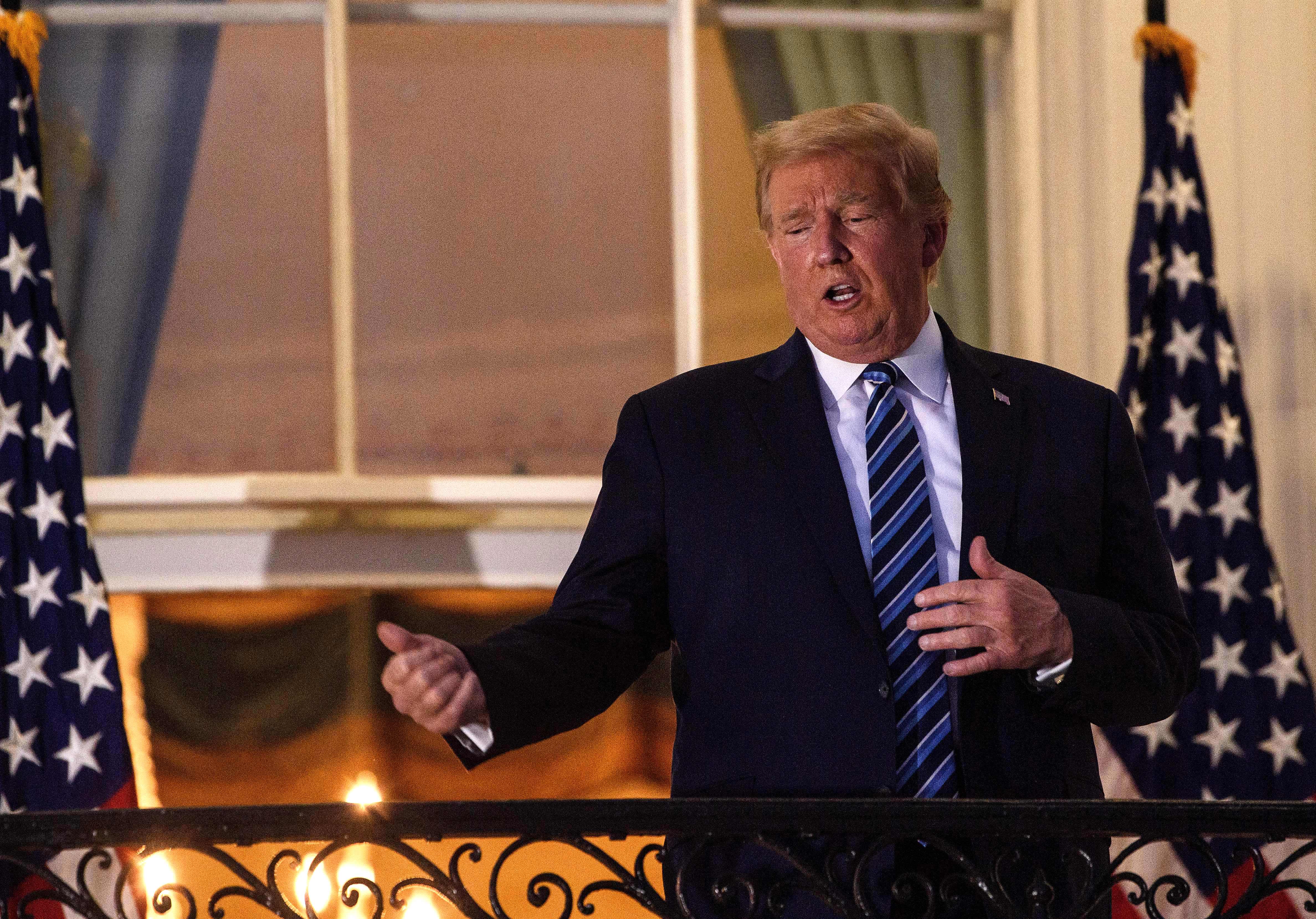 The Democrats’ latest $2.2 trillion coronavirus stimulus proposal — which passed the House last week — includes $436 billion for state and local governments, $282 billion for education and child care, a second round of $1,200 stimulus checks, an extra $600 of unemployment benefits through January, and other provisions.

The president called the updated HEROES Act a “$2.4 Trillion Dollars to bailout poorly run, high crime, Democrat States, money that is in no way related to COVID-19,” in a tweet thread on Tuesday.

Read more: Here’s what you need to know about unemployment benefits eligibility

Sticking points for any deal between the White House and Democrats include extra unemployment benefits, funding for schools, aid for state and local governments, child care support, funding for increased testing and tracing, and funding for other appropriations.

The president previously urged Republicans to “go for the much higher numbers” than their $300 billion stimulus proposal which was rejected in the Senate. However, after a call with Senate Majority Leader Mitch McConnell (R-Ky.), Mnuchin, and House Minority Leader Kevin McCarthy (R-Calif.) earlier on Tuesday, he called for ending the talks.

McConnell previously referred to the updated HEROES Act as “another multi-trillion dollar far-left wish list with virtually all the same non-COVID-related poison pills as their last unserious bill.”