‘Give me a MINI McFlurry!’ Prankster pushes himself through a McDonald’s drive-thru in a tiny children’s toy car

This is the moment a man in a tiny toy car decides to visit a McDonald’s drive-thru for a snack.

The video was recorded outside of a McDonald’s in Paignton, Devon on September 30.

A man, named only as Dan, can be seen enjoying himself in the toy car while his friend David Robinson films him interacting with shocked McDonald’s staff.

At the start of the clip, you can see Dan in the car, which seems to be a replica Mini Cooper.

He can be seen leaning back to use his hand to propel the car forward.

It makes a painful squeezing sound as it inches forward slowly, coming to a stop at the first drive-thru window.

The staff look stunned when they saw the toy car, with Dan cheerfully telling them he wants a Mayo Chicken.

He stands up and digs change out of his pocket to pay for his food, joking that he is in a car so should be allowed to buy. 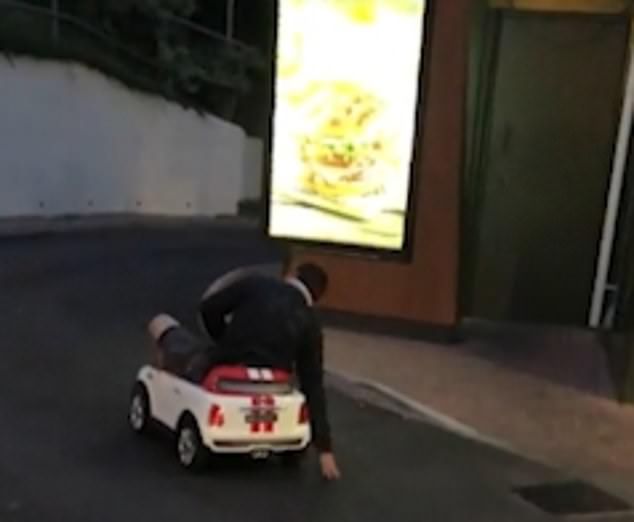 David Robinson recorded his friend Dan outside of a McDonald’s in Paignton, Devon on September 30. Dan could be seem using his hand to propel his toy car forward

He eventually drags himself to the next window, stopping to wave at a car that seems to have pulled up behind him.

As he arrives to collect his food from the second window, he causes one staff member to jump back and burst into laughter.

He gets this burger and shakes the hand of another staff member – who seems to love his stunt.

David Robinson said he and Dan had the bright idea while at the pub – so they decided to go through with it and film it too. 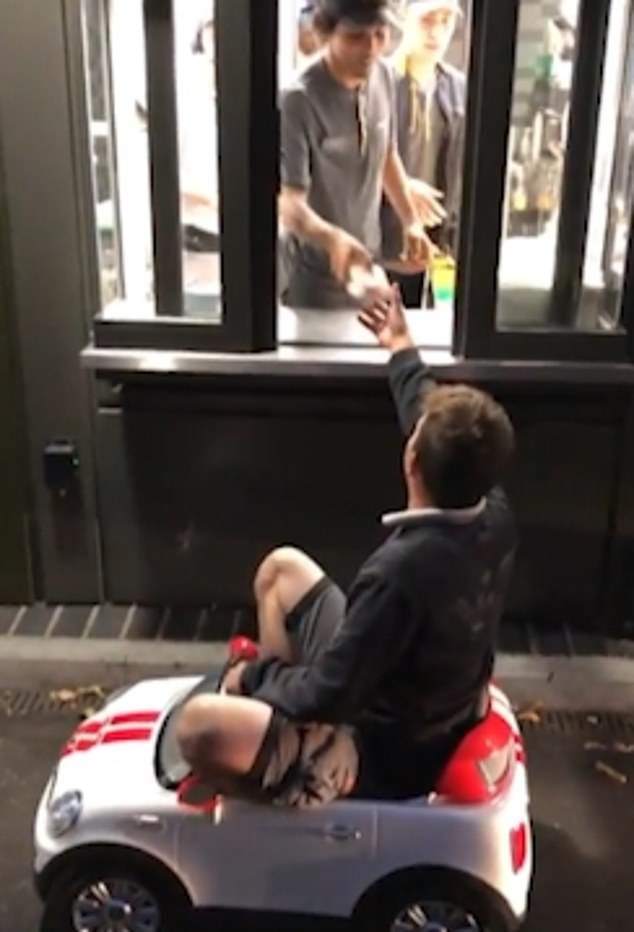 Dan sat in his replica Mini Cooper and ordered a snack, with the drive thru staff seemingly delighted by his stunt