The controversial portrait at the heart of an art-for-influence row at the City of Stonnington is to be returned to the developer who donated it. 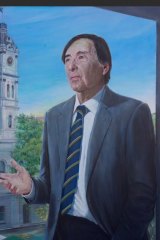 Detail from the portrait of Cr John Chandler by artist Anna Minardo. Credit:

On Monday evening Stonnington Council voted to return the painting of veteran councillor and current deputy mayor John Chandler, after The Age revealed on the weekend that the picture had been financed by cashed-up Stonnington-based property entrepreneur Bill McNee.

The return of the portrait received unanimous support from councillors, with the exception of Cr Chandler, who declared a conflict of interest because he was the subject of the painting.

The council was also preparing to adopt a new gifts policy on Monday night, with Cr Sally Davis pressing to toughen that policy in the wake of the controversy around the Chandler portrait.

“I want to ensure that this [the portrait row] never happens again,” Cr Davis said. “This kind of thing is exactly why people mistrust councillors. It has tarnished all of us.”

After months of mystery surrounding the provenance of the painting, The Age revealed on Saturday that Mr McNee had paid tens of thousands of dollars for the work, by artist Anna Minardo. Mayor Steve Stefanopoulos unveiled the portrait at a Citizen of the Year ceremony in August last year. 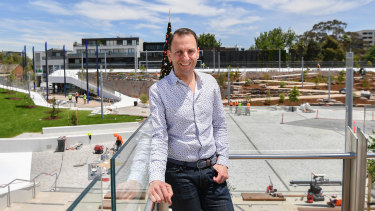 In the same month, Mr McNee lodged a planning application for a $250 million, eight-level office and retail project at 489 Toorak Road which was later backed by the council even though it was substantially above the preferred height limit.

The Age also revealed that Cr Chandler’s architect daughter Ursula Chandler had been engaged to work on Mr McNee’s Toorak Road project, and that while his application was under consideration late last year, Mr McNee tipped thousands of dollars into one of Cr Stefanopoulos’ favourite charities, the Victorian Pride Centre in St Kilda.

On Monday Cr Stefanopoulos refused to further discuss the portrait and hung up on The Age. 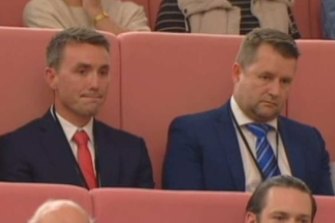 Mr McNee is known for his political patronage and has poured hundreds of thousands of dollars into politicians and parties over the past decade. He has been among the Victorian Liberal Party's biggest donors and was, controversially, a major financial backer of Pauline Hanson’s comeback at the 2016 federal election.

He has refused to talk to The Age and did not respond to a request for a comment.

The Age does not suggest Mr McNee was involved in any wrongdoing. Nor is there evidence his funding of a portrait, employment of a councillor's family member, or donations to councillors' favourite causes, swayed council decisions.

The Local Government Inspectorate has completed a narrow probe of the portrait issue and found no offences were committed by councillors because the portrait had officially been gifted to the council, not to Cr Chandler.

Under the Local Government Act, Cr Stefanopoulos was probably not obliged to declare a conflict of interest over the donation to the Pride Centre. The Age does not suggest he had a conflict.