A turbocharged Porsche flew off a racing track in a shocking accident on a track day in Morrow County, Ohio.

The Porsche 718 Cayman GT4 Clubsport slipped on coolant that had leaked on the track, causing it to spin 180 degrees and slam into the barriers at a corner.

Footage shot from the dash cam on car driven by Tom Schippel, from New Melle, Missouri, shows the Porsche spin off the Mid-Ohio Sports Car Course on Sunday.

Separate footage from the perspective of the white Porsche driver shows the car come off the track and thankfully no one was injured in the crash. 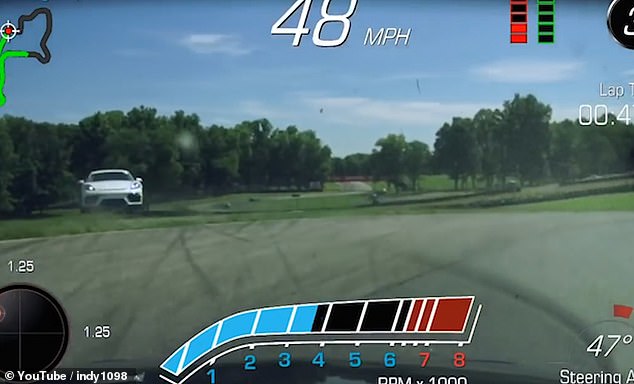 A turbocharged Porsche flies off a racing track facing the wrong direction in a shocking accident on a track day in Morrow County, Ohio, on Sunday 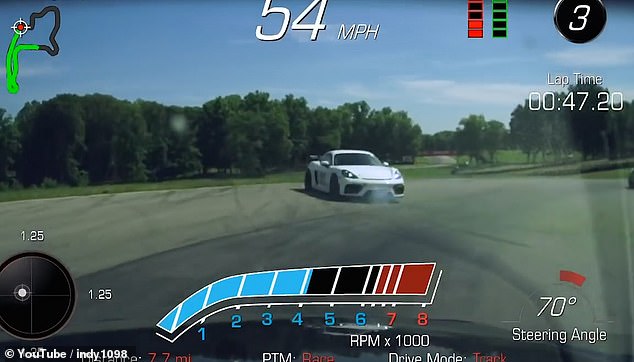 The Porsche 718 Cayman GT4 Clubsport spins off the track at speed after slipping on leaked coolant on the Mid-Ohio Sports Car Course, in shocking footage filmed by driving enthusiast Tom Schippel, from New Melle, Missouri

In the first video, Tom overtakes a blue Porsche that also spun on the coolant, accelerating to 145mph as the cars speed around the track.

As he approaches a corner, the white Porsche flies past him to the right off the track, facing the opposite way it is going.

Tom says ‘holy s***’ before continuing to drive round the track as the three cars ahead of him slow down.

In the second video, the Porsche driver drives at speed down a straight before the car violently spins out of control. 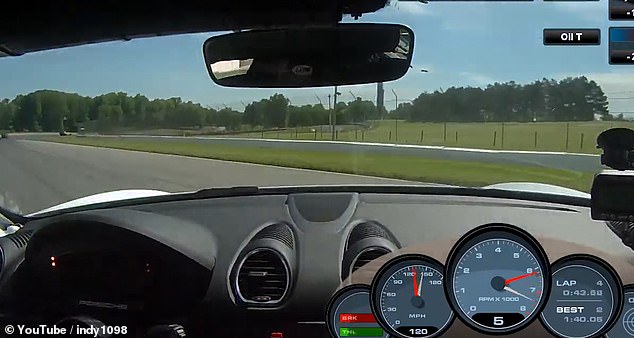 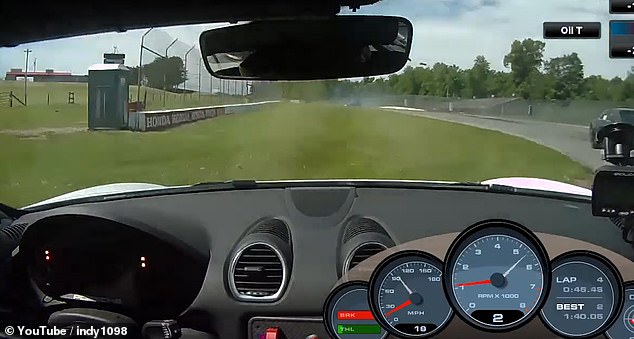 It drifts off to the right of the track facing the wrong way, before cutting back across the track in front of Tom as he takes the corner.

As it approaches the sand the car is briefly air born before it hits the barricades side-on.

Tom said: ‘Coolant spilled on the track causing a slick track, I had to get out of the “line” to slow down.

‘The Gt4 behind me went in to a spin as he pressed the brakes passing me backwards on the inside. 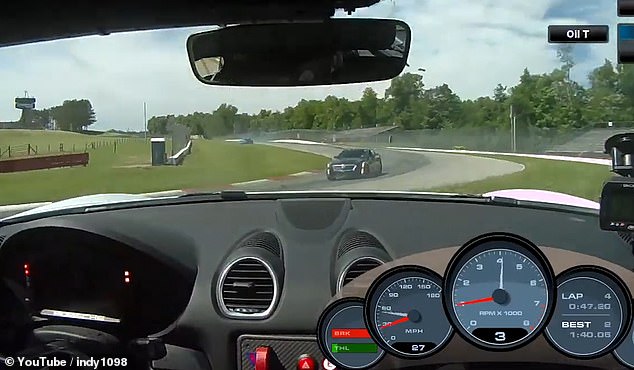 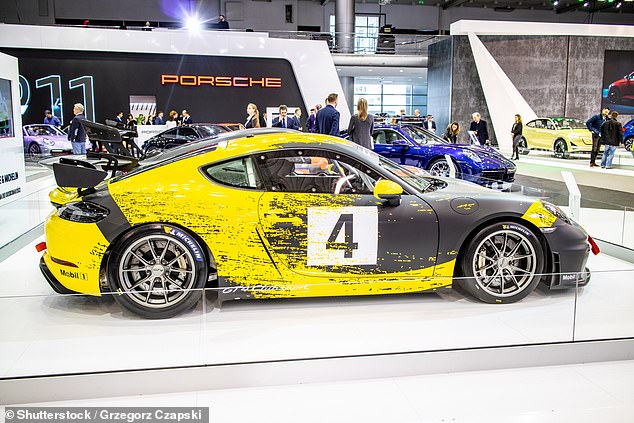 ‘The blue Porsche we pass on the straight also spun. Luckily no one was hurt.’

The Porsche driver said: ‘[I] hit coolant in [the] braking zone. Luckily the safety equipment worked and I walked away without any significant injury.’

The Porsche 718 Cayman GT4 Clubsport is a mid-engined track-day supercar with 425bhp.