Police were forced to turn Bank Holiday customers away at a B&Q store today after around 400 cars turned up to collect items that had been bought online – causing ‘gridlock’ on surrounding roads.

The DIY and hardware giant had closed its shops during the coronavirus lockdown – but customers are still able to select goods on its website then pick them up.

However, when hundreds arrived at the B&Q in Nottingham’s Riverside Retail park, the police had to be drafted to help with traffic management.

Officers parked a van across the store’s car park entrance and told motorists to come back later – in some cases a different day – to collect their shopping.

It comes just days after B&Q customers had to wait more than an hour just to get on to the company’s website, with hundreds of thousands looking to buy products.

At one stage on Friday, more than 317,000 people were simultaneously waiting to buy items. 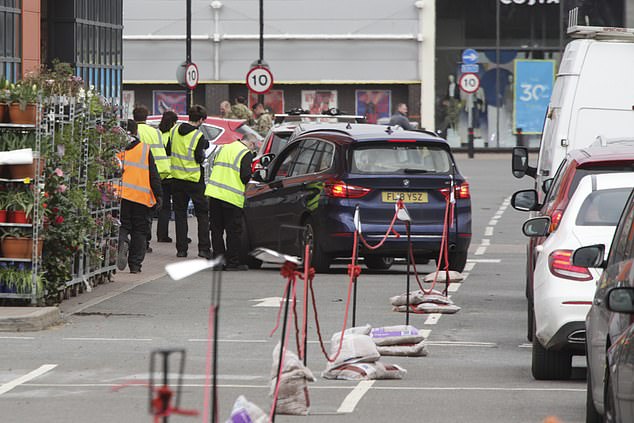 Some claimed they were forced to wait more than an hour before being out of a virtual queue.

Assistant chief constable Steve Copper, of Notts Police, said: ‘A lot of people have been using the B&Q click and collect service but what has happened is a lot of people went to collect their items at the same time this morning.

‘There were quite a lot of cars on the roads and slip roads – at one point the estimate was 400.

‘We have been working with B&Q and keeping the main roads open.

‘We are not banning people or closing it. We want B&Q to keep the store open.’

A spokeswoman for B&Q said: ‘We can confirm that the police have been on site at Riverside Retail Park in Nottingham to support our team with traffic management.’ 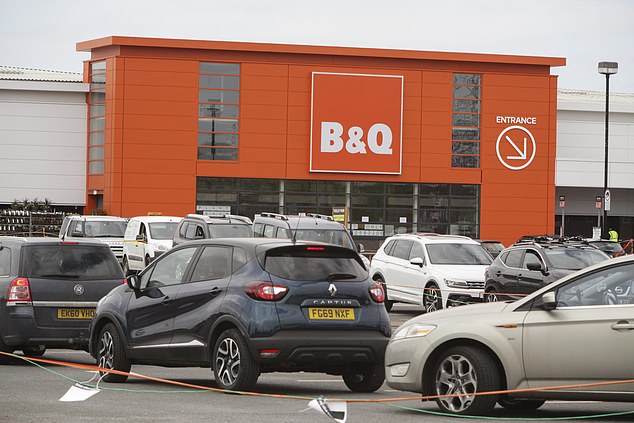 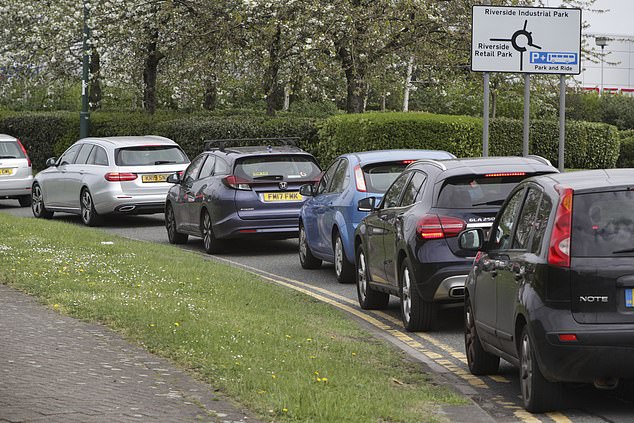 Notts Police estimate that, at one point, around 400 cars were queuing up to collect good from the B&Q 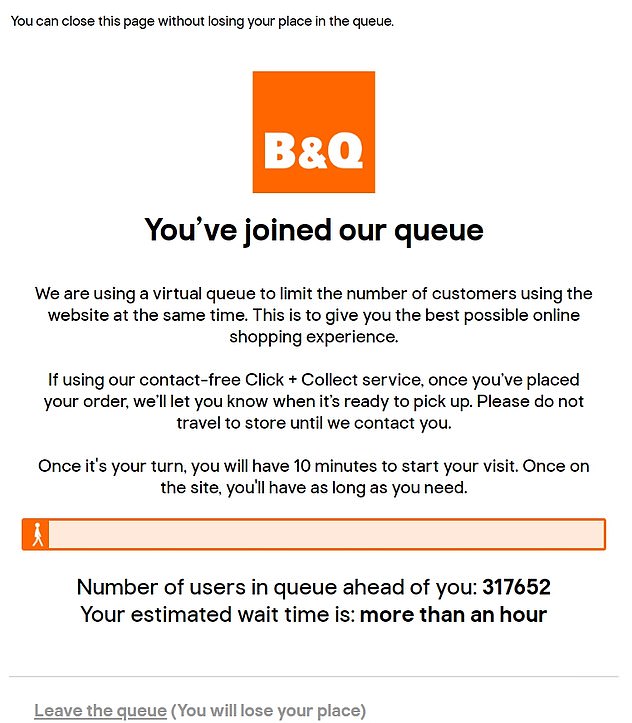 At one stage on Friday, more than 317,000 people were simultaneously waiting to buy products from B&Q’s online store, pictured

She added: ‘I was there and they told everyone to turn around and go home despite having orders to collect. The roads were gridlocked so I’m not surprised.

‘I ordered Saturday and it says mine’s ready but I got there just as the police did and they turned us all around, so I don’t know when I can pick mine up now as it says they only keep it for two days.’

Others criticised customers who made the trip, saying it wasn’t ‘essential’ travel.

Helen Murray wrote: ‘People are saying about essential buying but why so many that it’s causing congestion? It looks to me that they are just ignoring social distancing and lockdown because it’s a bank holiday.

‘Idiots. Stay safe everyone who are abiding by the rules.’

Wendy Whiley posted: ‘How is DIY essential? I know it’s something to do whilst locked away indoors and but food and medicine is essential. Not paint and a new patio set! Get real people!’