COPS have swarmed West Ham tube station after reports of a teenage boy stabbed on the platform.

TFL said that West Ham is part closed, and that Jubilee Line trains aren't stopping at the station "due to a customer incident". 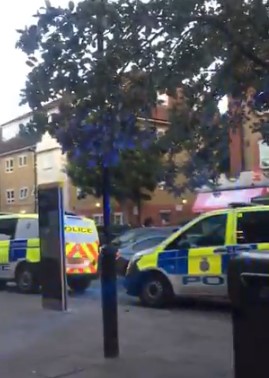 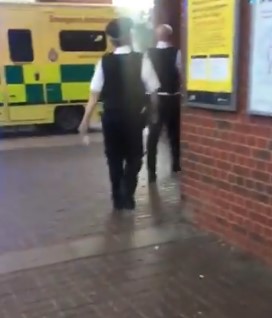 Passengers told how they were ushered back onto trains before 7pm.

Met Police told The Sun that cops rushed to West Ham Underground Station at 18.51 on Saturday to reports of a stabbing.

A spokesperson confirmed that a teenage male was found with stab injuries.

He was treated at the scene before being taken to hospital.

"We await an update on his condition", they added.

A short time later, "another male was found with stab injuries at Abbey Road DLR Station.

"He was also treated by paramedics before being taken to hospital.

"There have been no arrests. A crime scene is in place.

"The investigation will be led by British Transport Police," the Met added.

One man tweeted: “Someone just been stabbed at West Ham platform, station closed. Avoid [the] station."

"Trains not stopping, just went through and saw police with somebody handcuffed on the platform, and also vans outside the station."

One woman thanked paramedics and cops "for such a quick response keeping London safe another stabbing #WestHam station
@TfL."

Another passenger tweeted about a "big police incident at West Ham tube – trains not stopping.

"Just went through and saw police with somebody handcuffed on the platform, and also vans outside the station."