Police have released a photo of a man they wish to speak to in connection with an assault near Victoria Coach Station.

At around 7.50pm on June 18, Kamil Sobala was attacked on Elizabeth Street.

After getting off his coach at Victoria station the 31-year-old explained that he was beaten unconscious by some men he had asked directions from.

In video footage of the incident which appeared online the assailant can be seen crouching over the Polish man as he hits him. 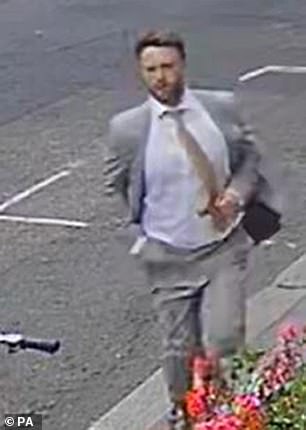 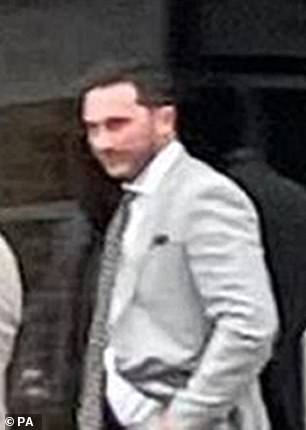 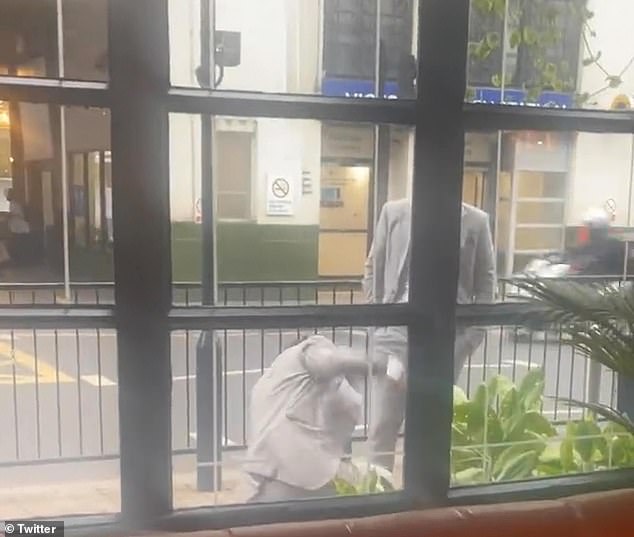 A video taken on a mobile phone in a nearby pub shows the shocking attack. The video shows two men in grey suits peering down, with one of the attackers holding his arm back and putting his hand into a fist

Meanwhile, a second man – who police say appears to be an associate of the alleged assailant – stands by and watches.

They have also released an image of the second man.

The victim has reportedly described it as a racist assault over his Polish identity.

However, in a press release the Metropolitan Police said the incident is not currently being treated as a hate crime.

Kamil Sobala, who has lived in London before, detailed how the men had asked him where he was from before the beating.

Mr Sobala had been travelling to the capital from Bath after flying in from his native country on his return to live in the UK. 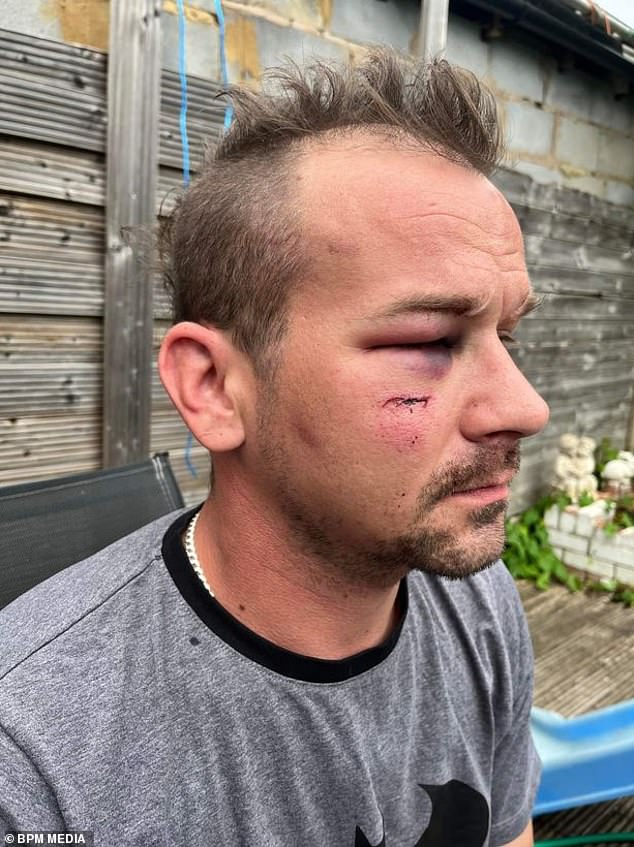 Kamil Sobala, 31, was attacked within minutes of arriving in London. He revealed that a group of men assaulted him after he asked for directions

He was knocked to the ground and repeatedly punched in the face in the attack in Elizabeth Street that was captured on a mobile phone from inside an adjacent pub.

Following the brutal assault, Mr Sobala has said he is ‘shaken by the experience’ and is so scared that he now fears even walking to the shops and ‘can’t even sleep’.

He went on to reveal how he woke up in hospital at about 7.50pm on Saturday, 18 June.

He said: ‘I was going to meet some friends and went past the pub to ask directions because my phone was dead.

‘I wanted to know where to go to charge my phone and where the underground station was. These guys, I asked them for some help to find the station.

‘Instead of them just saying ‘sorry I can’t help you’ they swore at me. Then they asked me where I was from and I said Poland.’

In the next moments, Mr Sobala endured a horrific attack.

He continued: ‘My back is painful and so is my eye, cheek and face. It was racist. They didn’t start attacking me, only when I said I was from Poland; they punched me until I can’t remember anything.’

Anyone with any information as to the identities of the two men is asked to call 101 or to tweet @MetCC, with the reference 7204/18JUN.

Information can also be provided to the independent charity Crimestoppers, anonymously, by calling 0800 555 111.