Police in Israel have come under fire for using heavy-handed tactics while breaking up a wedding that allegedly breached coronavirus lockdown rules.

Officers were called to a house in the West Bank settlement of Givat Zeev late Wednesday by a neighbour who said the party broke a 20-person gathering limit.

A fight broke out, and video taken in the aftermath shows the bride’s brother being taken away in handcuffs while bleeding heavily from his face.

The footage caused outrage after being posted on social media, especially among Ultra-Orthodox Jews, who accused police of discrimination. 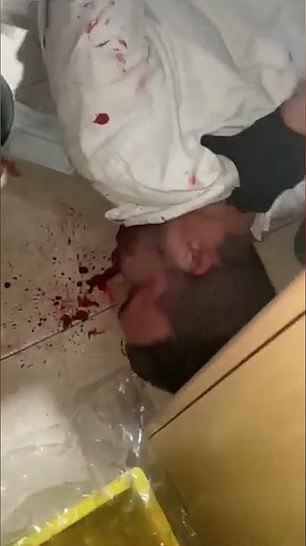 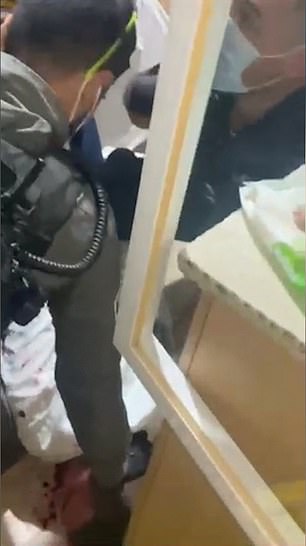 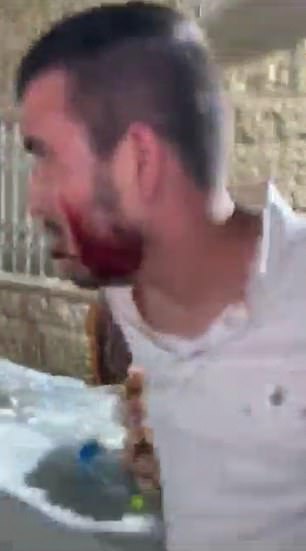 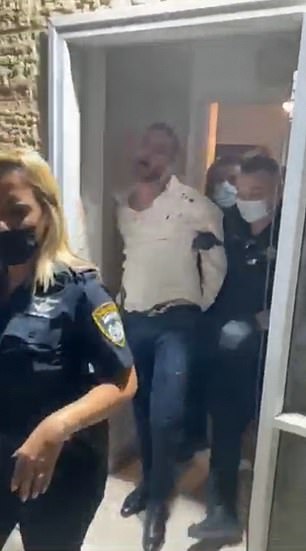 The man can be seen, with blood on his face, being guided away in handcuffs by police. Police claimed officers acted in self-defence after guests began throwing glass bottles filled with oil 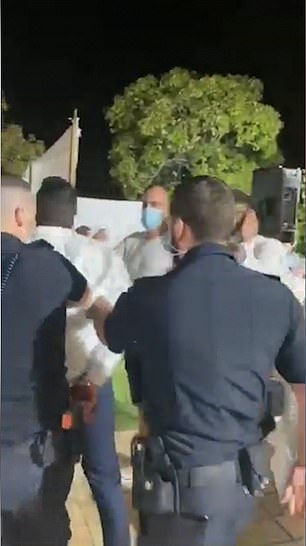 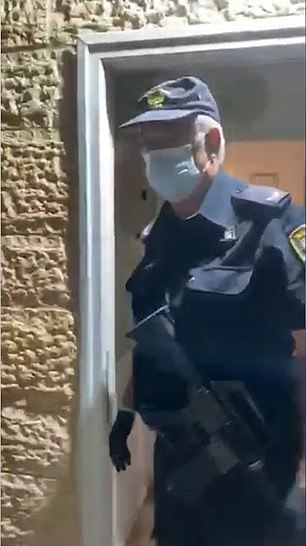 Police say when they arrived at the party there were ‘dozens’ of people milling about, and that organisers were hostile towards them when they tried to shut it down.

They said the family of the bride assaulted them as they tried to arrest the homeowner – the bride’s mother – and that officers acted in self-defence.

A spokesman claimed guests began throwing glass bottles filled with oil, and that an officer and the bride’s brother slipped on one of them, according to Times of Israel.

Police say the brother and the officer were lightly injured by the broken glass, which caused the gash on his cheek.

But guests say the officers sparked the violence after attempting to shut down a gathering that they claimed was within the government’s regulations. 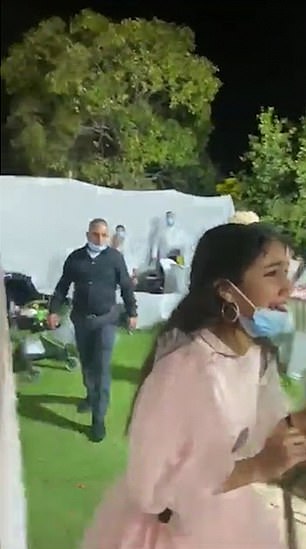 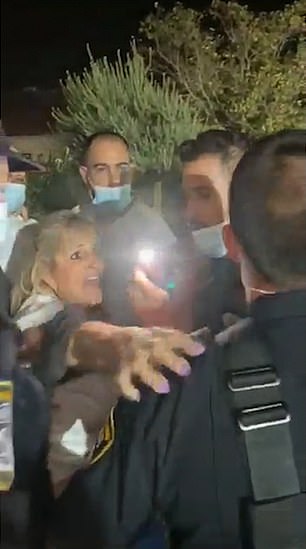 Above, wedding guests can be seen crying after witnessing the shocking incident 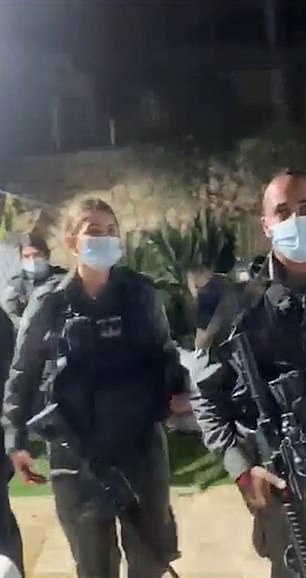 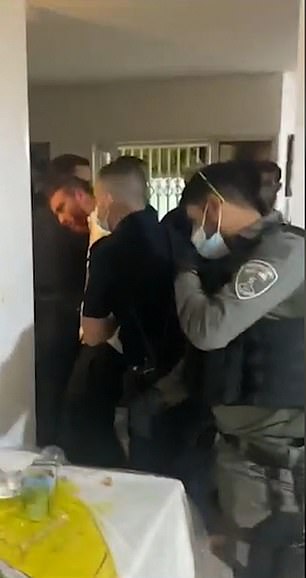 Officers were called to a house in the West Bank settlement of Givat Zeev late Wednesday by a neighbour who said the party broke a 20-person gathering limit.

The footage provoked an outcry from Israeli politicians, with Interior Minister Aryeh Deri tweeting: ‘There is no reason in the world for police to break in with rifles in hand and harm people.’

The Public Security Minister Amir Ohana, who is responsible for the police, said he ‘watched with pain’ the footage of the wedding.

He wrote on Twitter: ‘They are indeed difficult and unfortunate pictures. I will examine the event in person and in depth.’

The State of Israel is currently under a second lockdown, with gatherings limited to 10 people indoors and 20 people outdoors.