Two men are fighting for their lives in hospital after a triple stabbing in Wolverhampton.

Police were scrambled to the city’s Civic Hall just after midnight on Sunday where they found two men with slash wounds lying on the ground.

They are in a serious but stable condition in hospital, while a third man sustained ‘minor’ knife injuries.

The violence is believed to have taken place after an altercation in the area.

No arrests have yet been made but investigators in protective suits were seen scouring the scene today. 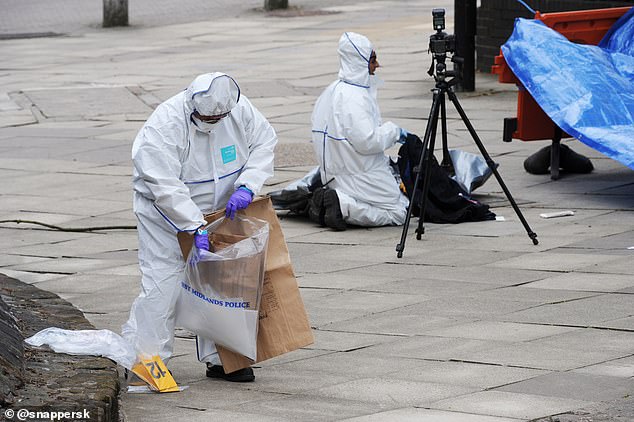 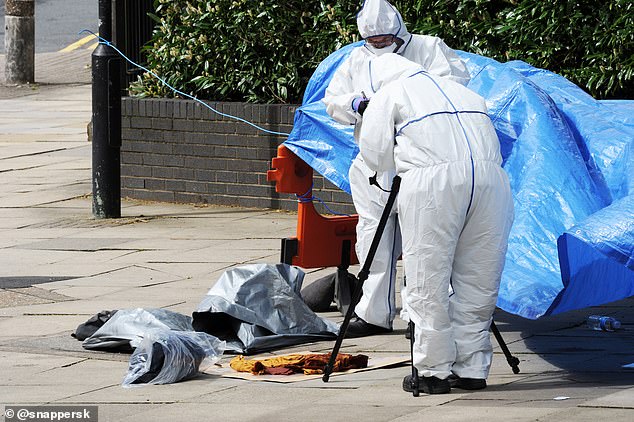 A West Midlands Police spokesman said: ‘Police are investigating a triple stabbing in Wolverhampton city centre just after 12am this morning.

‘Officers were called to North Street, near to Wolverhampton Civic Hall, where two injured men were found on the floor.

‘They were taken to hospital with serious injuries, where they remain today in a serious but stable condition. A third man also sustained minor injuries.

‘CCTV and forensic enquiries continue to establish the circumstances around the incident.’

An eyewitness, who asked not to be named, said the road had been closed for a number of hours. 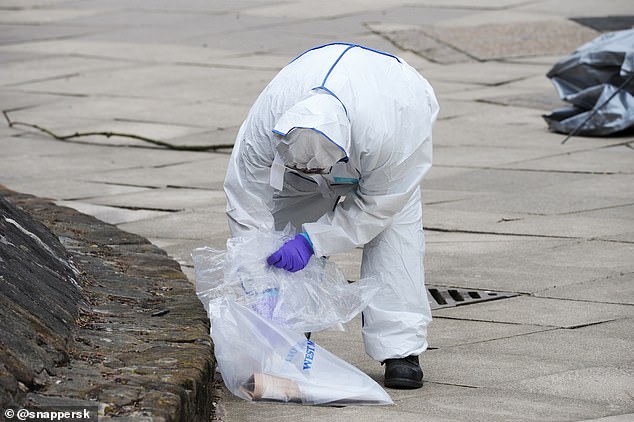 He said: ‘There have been loads of police around here today – it’s quite worrying.

‘No-one knows what has happened by forensics officers are at the scene.

‘Anyone with information is asked to contact us via Live Chat at west-midlands.police.uk between 8am and midnight or to call 101 anytime.

West Midlands Police dealt with 3,210 blade offences in 2018 – a hike of 17 per cent on the year before. Officers are currently dealing with 61 knife crimes on average every week. 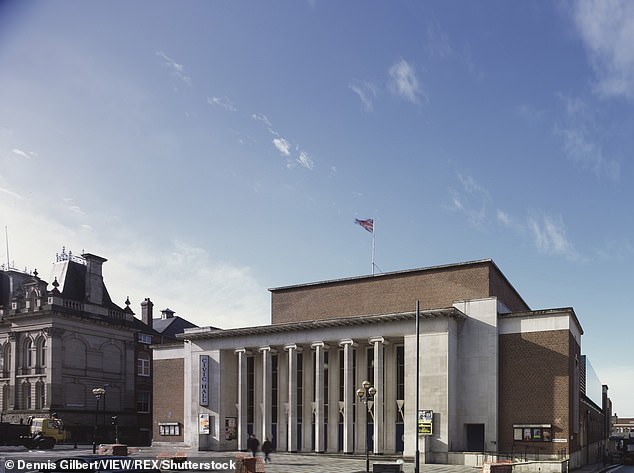