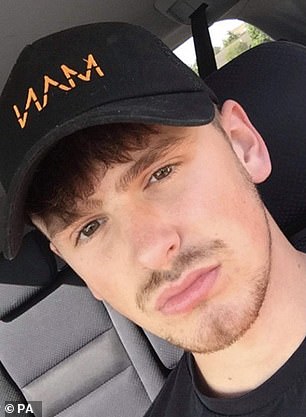 Dylan Irvine (pictured), 19, from Peterhead, died and his 18-year-old friend was rushed to hospital with serious injuries following a car crash on the A90 in Aberdeenshire

Police officers have apologised after they wrongly told a family their son had died in a horrific crash.

Emergency services had been called out to reports of a red Ford Fiesta veering off the A90 into a field near the Aberdeenshire coast.

Dylan Irvine, 19, from Peterhead, died at the scene and his 18-year-old friend was rushed to hospital with serious injuries.

However, police told the injured man’s family he had in fact died following some ‘confusion’ at the scene.

It is believed the injured man gave officers someone else’s name when they arrived at the crash.

It is understood a review of the incident is now under way, although Police Scotland has apologised to the families.

Mr Irvine has been described by loved ones as ‘adventurous and outgoing’.

His family were too upset to speak, but in a statement released through the police they said: ‘Dylan was a loving son, brother and grandson, and was loved by all that had the pleasure of knowing him.

‘He is sorely missed by all. He had an adventurous and outgoing soul and had the biggest heart.

‘Our family would like to thank all of the emergency services for their efforts at the scene and we would ask that our family’s privacy is respected at this difficult time.’ 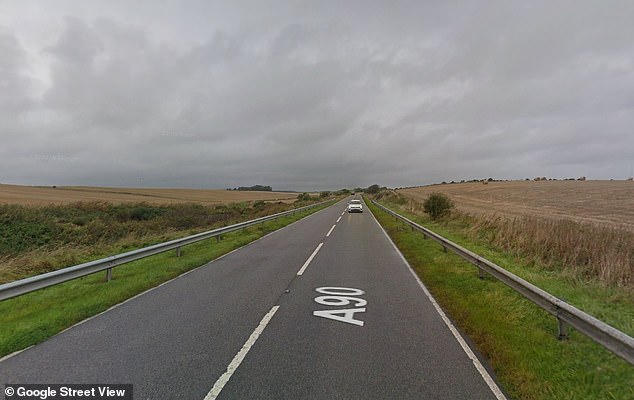 However, police told the injured man’s family he had in fact died following some ‘confusion’ at the scene. It is believed the injured man gave officers someone else’s name when they arrived at the crash

The 18-year-old, who is believed to have been the owner of the red Ford Fiesta, remains seriously ill in hospital.

The car was spotted in a field between Crimond and St Fergus at around 7.30am on Monday, with police, fire crews, paramedics and an air ambulance called to the scene.

Police are appealing for anyone who saw the vehicle on the A90 on Sunday night, or in the hours leading up to 7.30am, to come forward with information or dash-cam footage.

Chief Inspector Neil Lumsden said officers had been faced with a ‘confused scene’ when they arrived.

He said: ‘Officers at the scene of a crash use every avenue available to help identify those involved as quickly and accurately as possible.

‘This includes using personal effects found at the scene. Officers also use various police systems to find out who is the registered keeper of a vehicle, looking at who is insured to drive the vehicle and checking for any other information that can be found through, for example, the DVLA.

‘Finally, crash investigators will also use the information gathered from those involved who are able to identify themselves and others.

‘On this occasion, officers were faced with a confused scene including incorrect information provided by a witness. Once identified, the error was promptly corrected and the families of those involved were spoken to and were understanding of the circumstances.

‘We have apologised to the families for any unintended upset and will review to identify any learning.’

Anyone with information, or saw the car in the hours leading up to its discovery, should call 101.