We’re safe! The poignant call from Ukrainian mother and her baby as they find safety in Romania… to the father they have to leave behind

Smiling as she spots her father’s face on the phone screen, baby Hanna reaches out and tries to touch him.

The seven-month-old and her mother Miroslava have fled Ukraine to escape Vladimir Putin’s bombs, but Dad has had to stay behind to defend their homeland.

Hanna is too young to understand her family’s plight but at least she and Miroslava are now safe – thanks to Daily Mail readers.

They are now in Romania, along with Miroslava’s elder daughter Milena, nine. 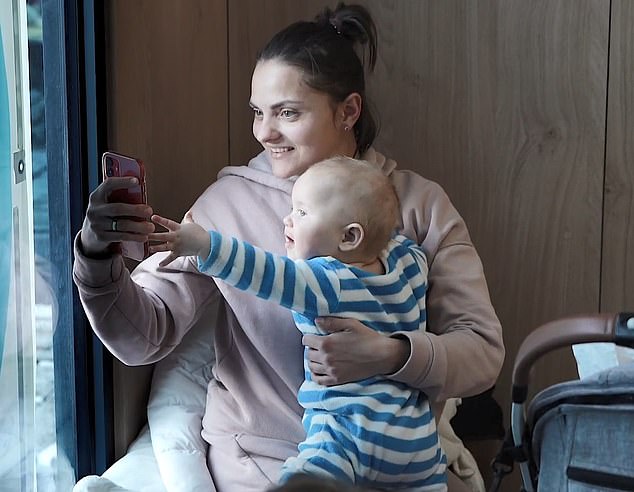 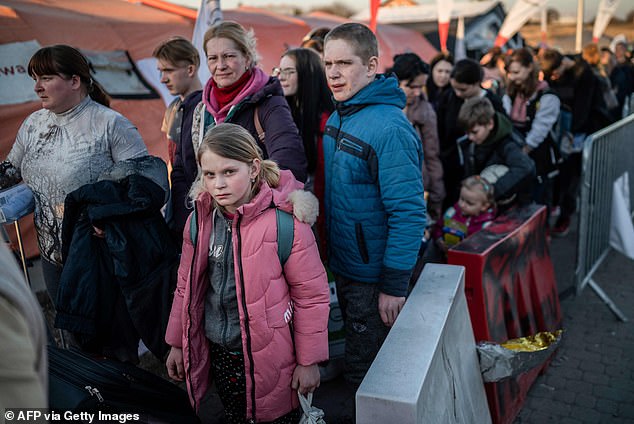 They were greeted at the Siret border crossing by aid workers from Unicef, one of the aid organisations being supported by the Mail Force charity.

In the shelter of a Unicef ‘Blue Dot’ reception centre, Miroslava made the bittersweet phone call to her husband, who had been forced to kiss them goodbye under Ukraine’s rules banning men of fighting age from leaving with their families.

She told him: ‘Don’t worry, we’re fine, we’re in the warmth, don’t worry about us. They give us everything we need here.’

Joe English, of Unicef, said millions had fled the war, and dozens of children had been killed an injured.

He added: ‘Behind each and every one of these numbers is a family torn apart, a young life snatched away. 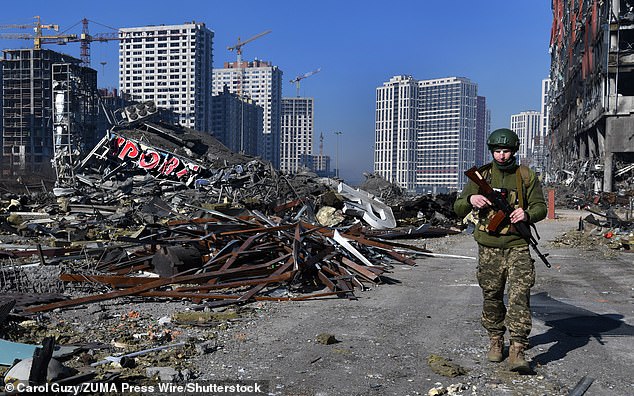 Cleanup continues at Retroville Shopping Mall in Kyiv today after it was destroyed by a Russian airstrike yesterday. At least eight people were killed initially and another person is dead after a second strike today

‘But there are also numbers that give me hope, such as the incredible £500,000 raised for Unicef through the Mail Force appeal. I’ve seen the difference it makes, so thank you to Daily Mail and Mail on Sunday readers, from all of us at Unicef Ukraine.’

The Mail Force charity appeal has raised more than £8.3millon. It was kickstarted a month ago with a £500,000 gift from the Mail’s parent company DMGT, at the personal request of Lord and Lady Rothermere, and since then cheques and online donations have flooded in.

Sue Taylor donated £100 to the appeal in memory of her Ukrainian uncle, who fled to Britain during World War Two, settling here and becoming a gardener.

She said: ‘My uncle was forced from his homeland, leaving his parents and sister behind. After a long journey across Europe he married my aunt in Britain. I would like to say what a wonderful achievement your appeal is.’