Revealed: ‘Disgusting’ bullies who filmed themselves as they fat shamed TOWIE star Gemma Collins in a foul-mouthed attack are a Celebs Go dating wannabe and his pal

The ‘disgusting’ pair who filmed themselves fat shaming Gemma Collins from a car window have been revealed as a Celebs Go Dating wannabe and his friend.

Steven Devenport, 24, who describes himself as a ‘model and influencer’ on Instagram, and Dan Harbut, 30, subjected Gemma to a foul-mouthed rant outside a café in Brentwood, Essex.

The duo put the video on social media only to be branded ‘pathetic bullies’. 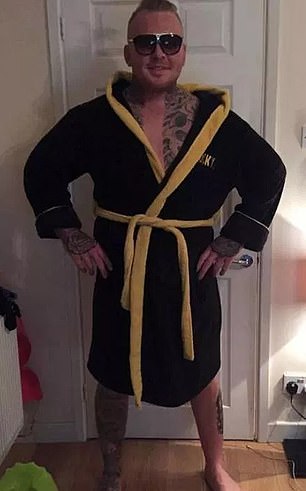 Steven Devenport, left, 24, and Dan Harbut, 30, right, have been revealed as the pair who fat shamed Gemma Collins outside a cafe 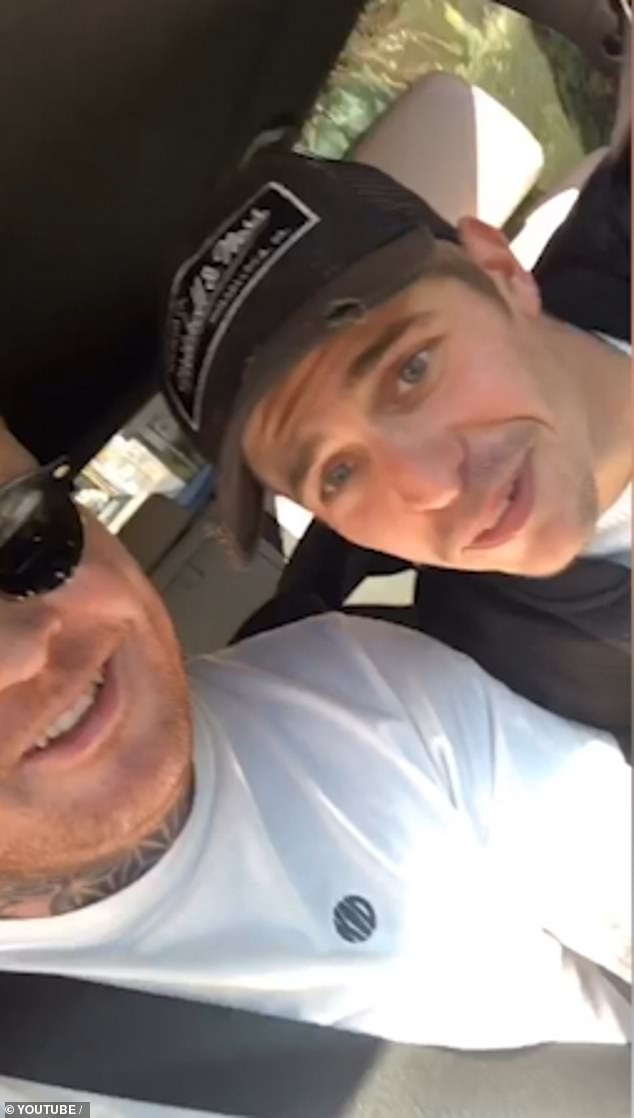 The pair fat shaming Gemma before putting the video, pictured, on social media 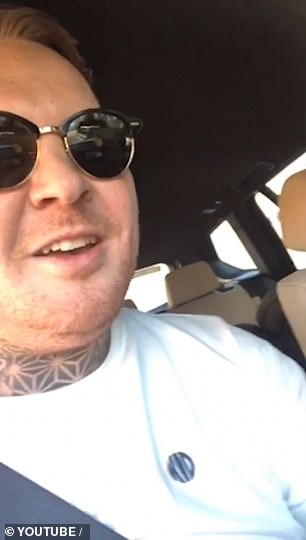 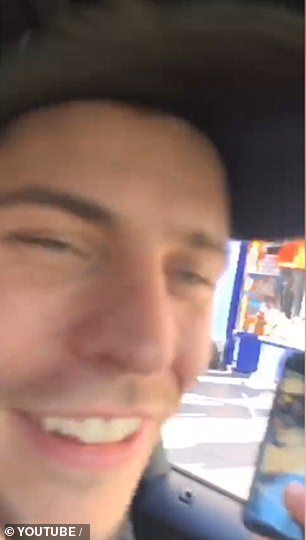 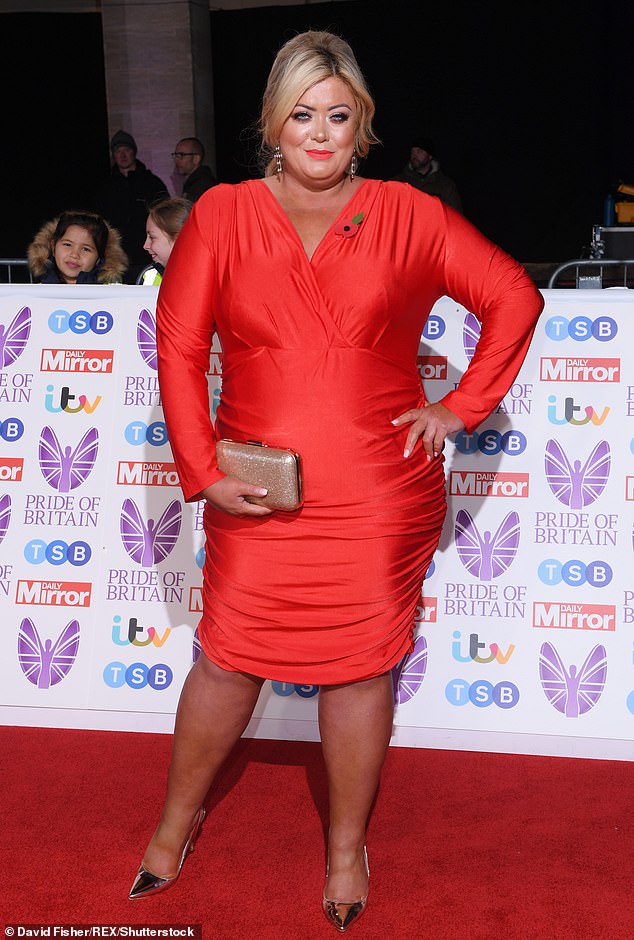 Gemma hit back after she was branded a ‘fat c**t’ in Essex last month, as she sat and enjoyed a coffee with pals in Brentwood 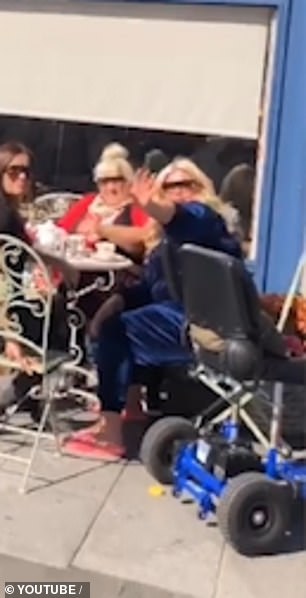 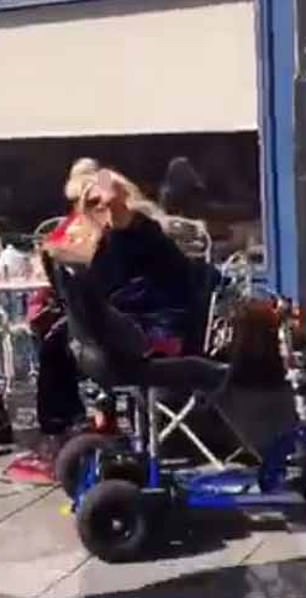 Gemma realised what was happening after initially waving at them, before swearing at them while they drove off, still giggling

According to The Sun, the pair are aspiring comedians from Portsmouth, with Mr Devenport previously appearing on the E4 dating show.

The video, captioned ‘Essex bound with the furious midget! Gemma Collin’s [sic]… we’re coming for ya!’, begins with the pair grinning at the camera.

Mr Harbut says: ‘Steve, shall we go tell Gemma Collins what we think of her?’ with Mr Devenport replying ‘I think so’.

After pulling up outside the café, Mr Devenport shouts ‘Alright you fat c***?’ before Mr Harbut says: ‘You’re eating again, aren’t you, you fat f****** pig?’

Gemma, believed to be worth £2.7million, initially waves at the pair before the abuse begins, and the video ends with responding via a rude hand gesture.

The reality star – who has always been vocal about her struggles with weight – has demonstrated precisely what she thinks of the verbal abuse by retweeting a post from soap actor Adam Thomas.

Adam, in response to hearing what happened, tweeted ‘that’s f**king horrific’, which Gemma gladly retweeted to her her social media feed.

The video didn’t emerge until October 5, when it appeared on YouTube.

MailOnline has contacted a rep for Gemma for comment.

She received plenty of support from her fans on Twitter, who rushed to her defence.

One user posted: ‘Hope you’re okay Gem… the video of the 2 vile ‘men’ shouting at gemma collins has made me sad, she still has feelings.’

Meanwhile a Facebook user said: ‘Nobody deserves this in the street while she’s minding her own. Pathetic bullies.’ 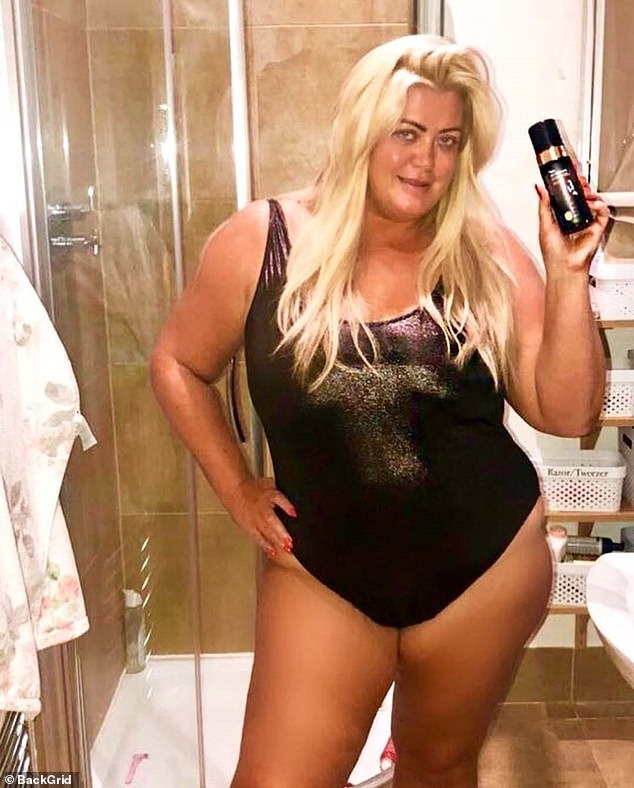 Fuming: She received plenty of support from her fans on Twitter, who rushed to her defence

Another typed: ‘This video going viral of two boys (not men) shouting abuse at @missgemcollins from their car is DISGUSTING. Hardly f**king blessed themselves…’

A third posted: ‘The video going viral of two men shouting abuse at @missgemcollins from a car is VILE!

‘What excuse is there for being that harsh to someone?! Silly little boys need their heads bashed against a wall. Hope they don’t have daughters! #bullies’

The TOWIE star, 37, is currently training for her appearance on the 2019 season of Dancing On Ice, and has already dropped a dress size from the vigorous training.

The star said that after only 10 days of practice she’s already lost a stone in weight, and is on a mission to lose more. 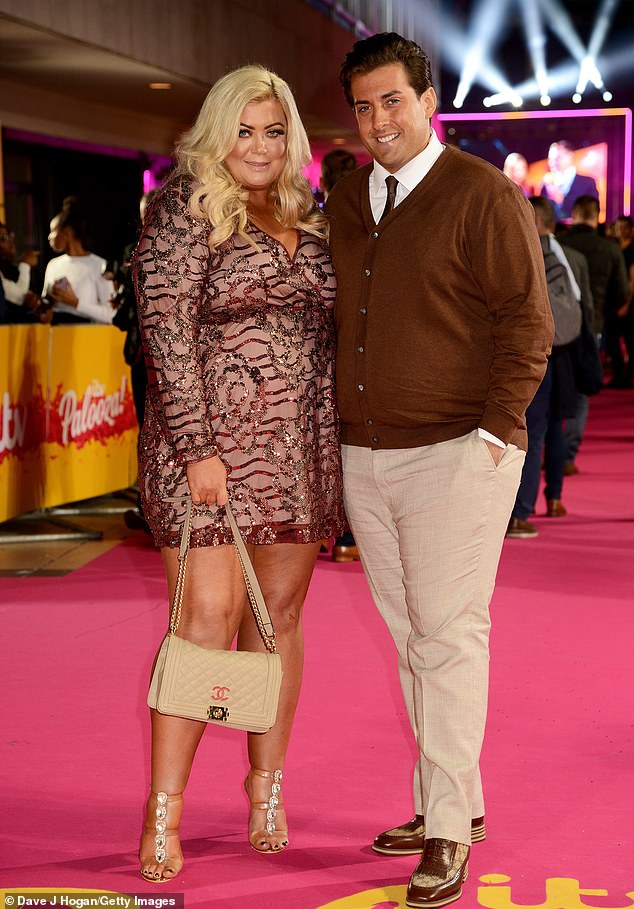 Beaming: Gemma also recently revealed that she hopes to slim down in preparation for her wedding day to boyfriend Arg in the coming years

Speaking to New! magazine at the ITV Palooza event she said: ‘This dress I’m wearing is a size 24 but it’s too big. I should be wearing a 22. So there’s no doubt that between now and January I’m going to.’

The Celebrity Big Brother star recently revealed she hopes her Dancing on Ice training will kick-start a fitness regime to help her slim down for her wedding day.

She is planning to marry James ‘Arg’ Argent in a couple of years but after admitting the pair piled on the pounds over the summer, she is keen to start eating well and ‘working hard’ with her skates on ready for James to pop the question.

She said: ‘I’m mainly doing the show for the amazing outfits and as a way of losing weight. If I commit myself to training and eating well I think I could really get in shape by doing the show.

‘I want to get married in the next few years and I don’t want to be fat for my wedding day. We’ve both put on a lot of weight over the summer so now it’s time to work hard and get in shape.’

Since Pete Davidson and Ariana Grande split more than a year ago, the comedian has acted like the ideal ex-boyfriend. Immediately following their fallout, Pete…

Summit Entertainment Robert Pattinson may have fond memories from the Twilight era, but they don’t include the paparazzi. The 33-year-old actor, who rose to fame…