Pianist, 56, is fined £150 for fly-tipping after he swept up leaves from public pavement outside his house and dumped them in woodland

A professional pianist was left fuming when he swept up leaves from a public road, only to be fined £150 for fly-tipping when he disposed of them in the countryside.

John Goodall Smith thought he was doing a public service when he cleared the mulch from the pavement outside his house.

He later received a £150 penalty notice after he was spotted disposing of the leaves by a CCTV camera covering a country lane in nearby Staffordshire. 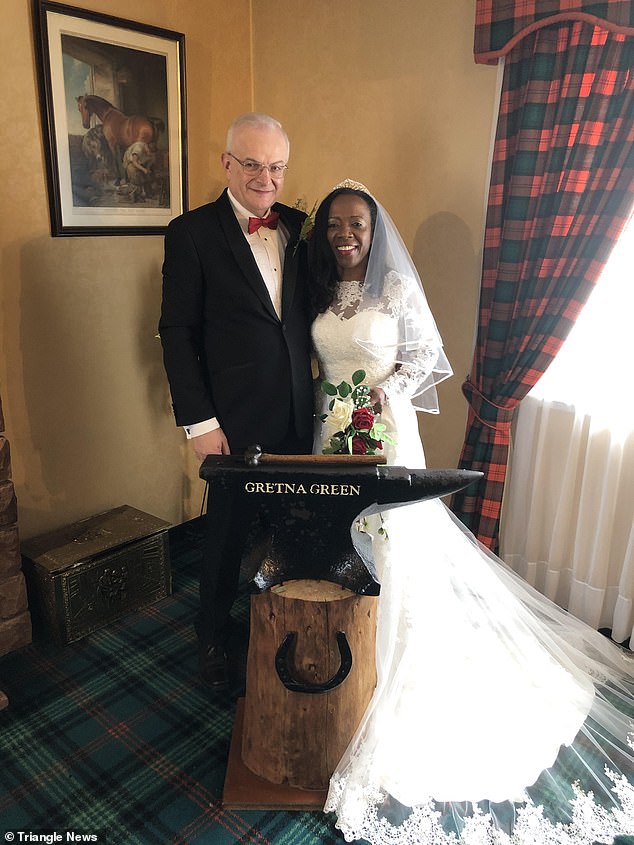 John Goodall Smith, pictured with his wife Sharon, was fined £150 by South Stafforshire Council after he dumped leaves on a country lane in November 2020. He thought because the leaves would decompose naturally that it was not illegal 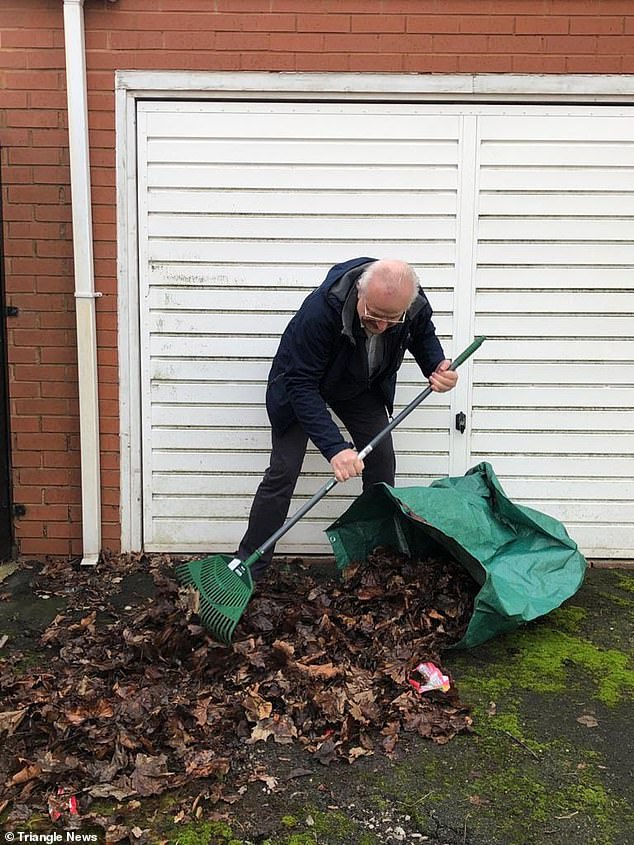 Mr Goodall Smith raked up the leaves outside the front of his home in Wolverhampton. Because there is no back garden in the four-bed property, the pianist does not have a green bin 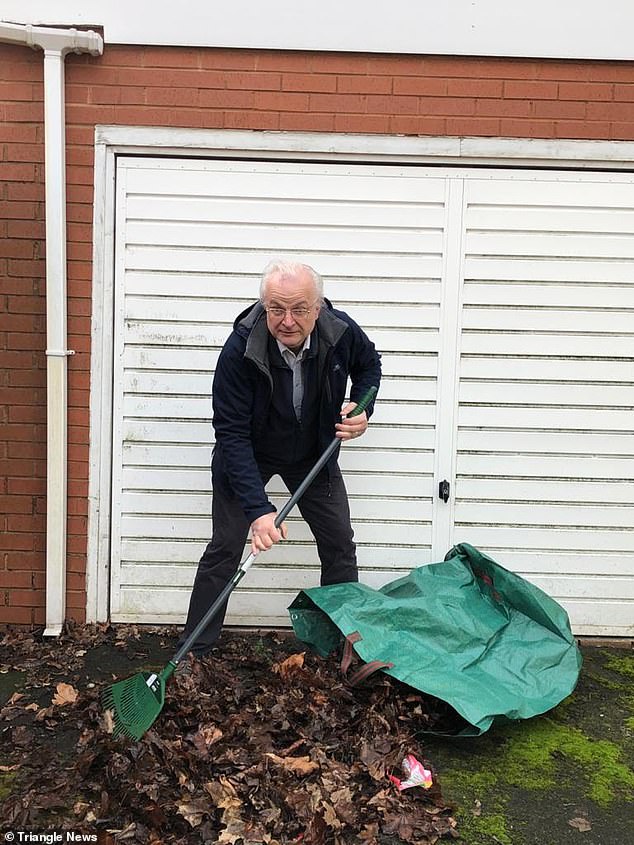 He now insists he is the victim of a local council’s lack of discretion and claims he has been compared to those who dump things like sofas and fridges.

The musician moved into the four-bed house in Wolverhampton on October 3 along with his wife Sharon. As the property does not have a back garden, he did not have a green recycling bin. where he found he didn’t have a green waste bin.

Within a month of moving in, Mr Goodall Smith noticed the two parking spaces outside his home were covered in leaves from the trees along his road.

He scooped up three bags of leaves but as he had nowhere to put them, he decided he would drive into surrounding fields and simply leave them into a wooded area to degrade.

Unfortunately for Mr Goodall Smith the lane was covered by Council CCTV cameras. According to his fine, the penalty charge of £200 would be reduced to £150 if he paid promptly.

Mr Goodall Smith, 56, said: ‘The council told me leaves are controlled waste and the owner of the land has to pay to have the council come along and collect them and I thought “What? Garden leaves? They’re not even my leaves!”

‘I could have swept them over to the other side of the road. It doesn’t really encourage people to be decent citizens if you’re going to get penalised by this tick-box mentality which lumps you into this category of being a criminal.

‘I didn’t think we were doing anything wrong. It wasn’t like we were fly-tipping – dumping a fridge or a sofa.’

Mr Goodall Smith paid the fine immediately as he didn’t want it to escalate or go to court.

However he now claims that innocent people like him are being shamed for dropping small amounts of biodegradable waste.

Fly-tipping costs the UK £57m annually with a million incidents recorded every year.

A spokeswoman for South Staffordshire Council said leaves counted as waste too.

She added: ‘A proactive approach has seen covert cameras installed in areas where fly tipping has been an issue in South Staffordshire, in a targeted approach to tackling environmental crime.

‘South Staffordshire Council is working hard to clamp down on incidences of fly tipping through investigating the waste, gathering evidence and taking witness statements, with footage from covert cameras helping lead to a number of fixed penalty notices being issued.’

‘Fly tipping is a real blight in rural areas but we are determined to catch those responsible and bring them to account.

‘Just because it may eventually compost down, does not make dumping acceptable or permissible and there is simply no excuse so don’t do it, as we will always look to prosecute those responsible for fly tipping and littering within South Staffordshire.’

Fly-tipping is classed as ‘the illegal deposit of any waste onto land that doesn’t have a licence to accept it’.

As result, dumping leaves in woodland is against the law along with more obvious items such as rubbish, a mattress, electrical items or builder’s rubble.

Fly-tipping can range from a single bag of rubbish to the illegal dumping of waste by the truck load.

Such is the extent of fly tipping, major organised crime gangs are often involved.

According to Keep Britain Tidy: ‘Uncontrolled illegal waste disposal can be hazardous to the public, especially if it contains toxic material or asbestos. There could be a risk of damage to watercourses and soil quality from the dumped waste.’

The punishment for fly-tipping can range from unlimited fines and imprisonment to the seizure of the vehicle used to dump the waste.