Up sh** squeak: Doomed mouse looks to be calling out for help as it’s crushed by a python… who swallows the rodent whole

Arms spread and mouth agape – this is the moment a mouse appeared to be pleading for help as it was suffocated by a 3ft-long python before being eaten whole in Indonesia.

The images were captured by 48-year-old reptile owner Dzul Dzulfikri, from Indonesia, as he fed the live rodent to his pet earlier this year.

Dzulfikri dropped the mouse into the python’s cage and then grabbed his camera as the predator quickly struck its prey, wrapping the mouse in its tail before constricting it to death over the course of five minutes.

While pythons can be trained to eat frozen mice, most will only eat live prey that they have killed themselves – hence why Dzulfikri gave his pet living prey.

‘Although I was happy and excited to have captured these shots, I felt quite sad for the mouse whilst watching it struggle in its final moments,’ he said. 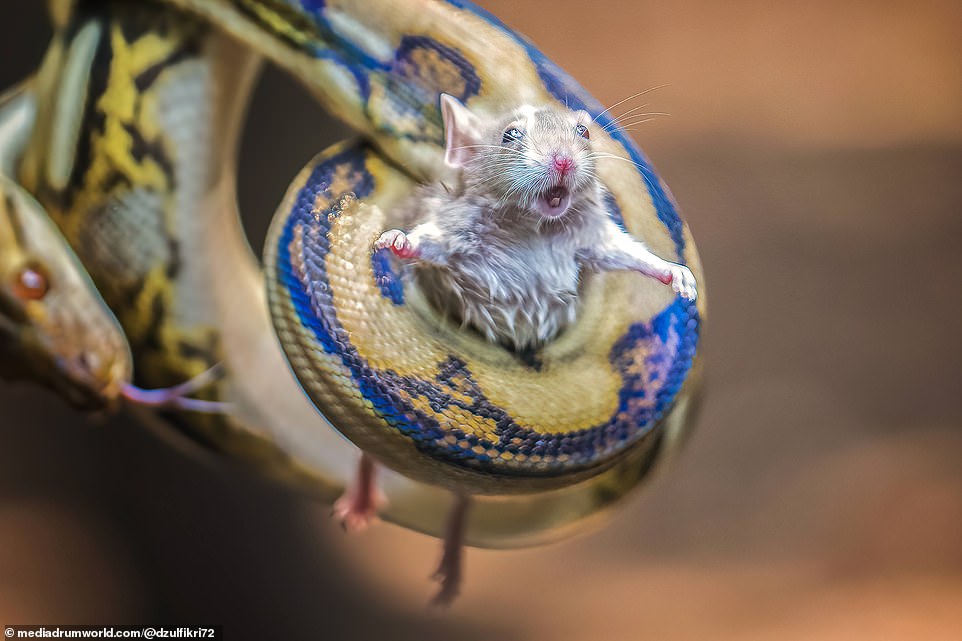 Python-owner Dzul Dzulfikri, from Indonesia, captured this image of a mouse appearing to plead for help as it was suffocated to death by his pet reptile during a feeding session earlier this year 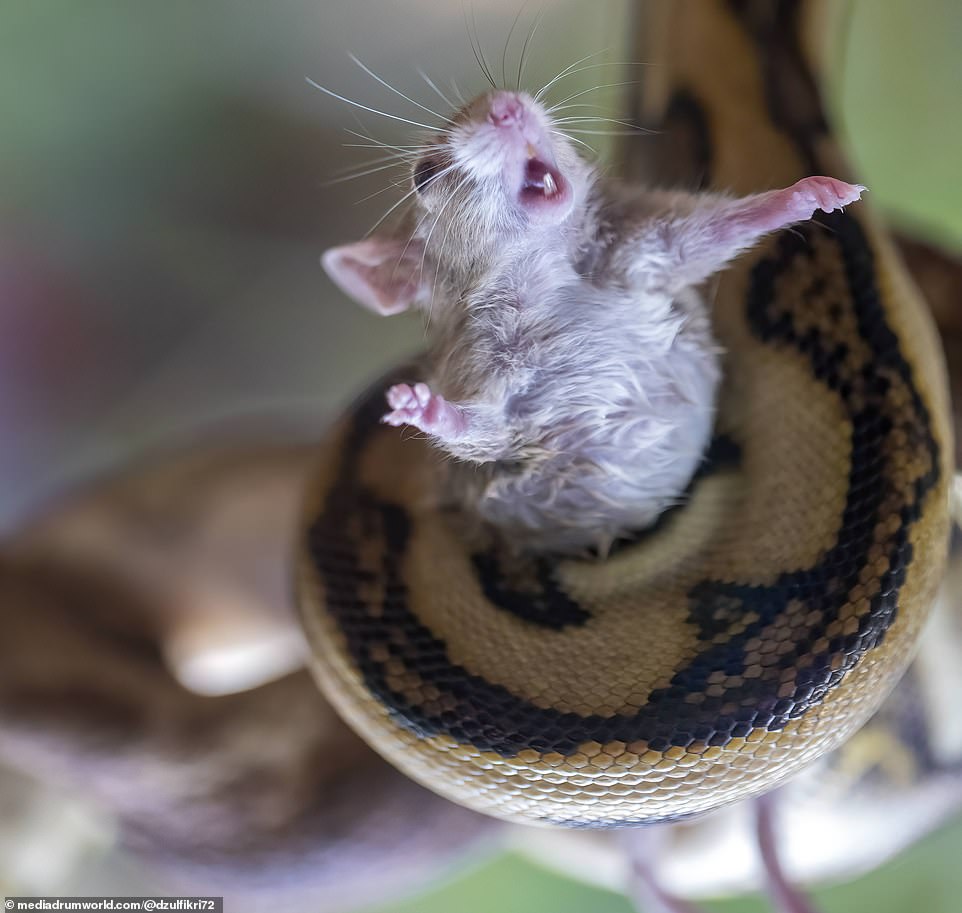 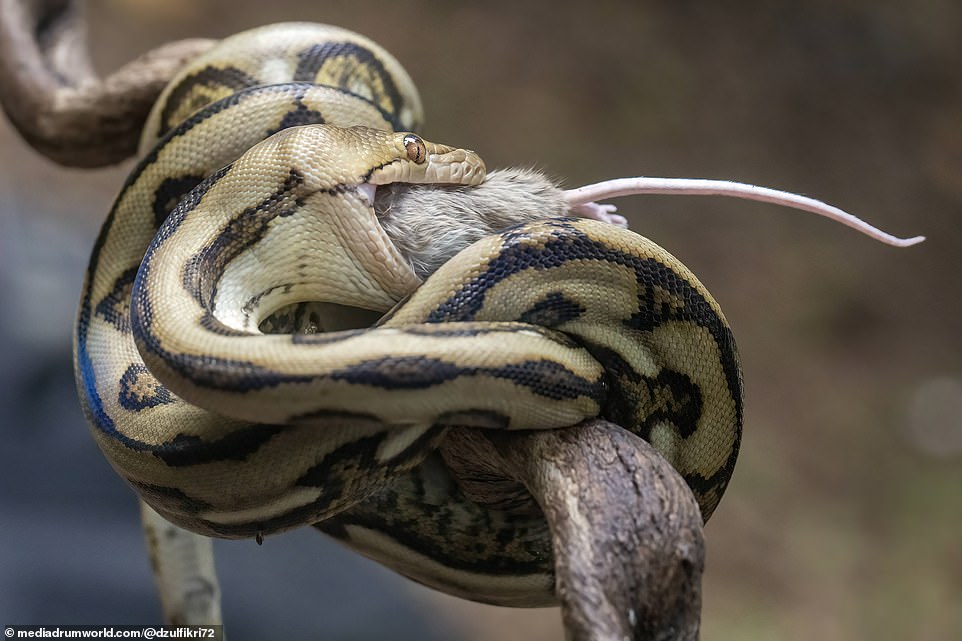 Having killed the mouse, the python proceeded to eat the rodent whole. Most snakes eat their prey in one sitting by unhinging their jaws, and will not need to feed again for weeks or sometimes months 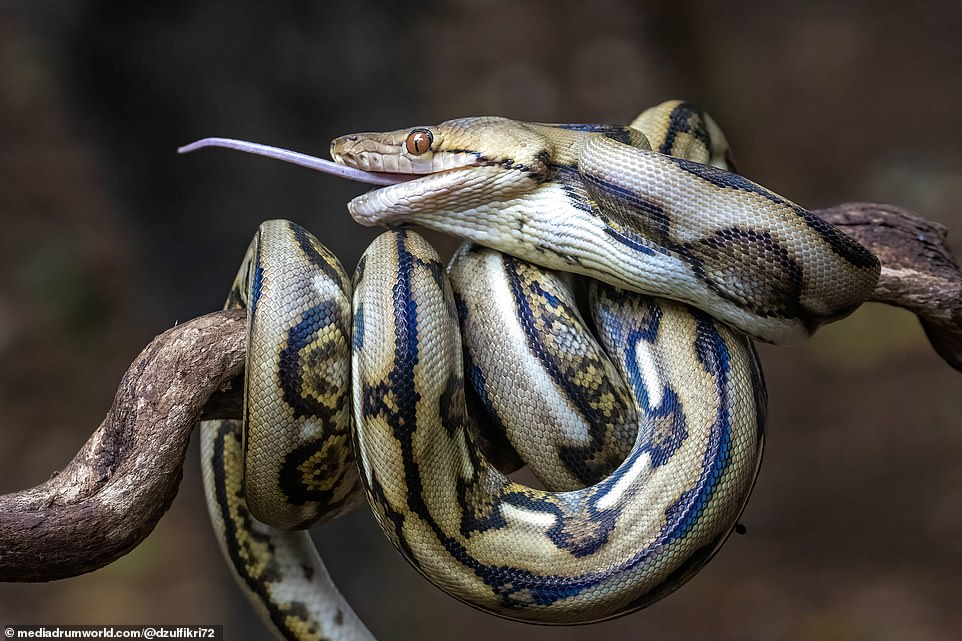 While captive pythons can be trained to eat frozen mice, their instinct is to only eat freshly killed prey – meaning most will need to be fed live animals, even while being kept as pets