Police officer, 39, once honoured for bravery by David Cameron quits in disgrace after she was caught illegally handing information about suspects to wealthy burglary victim who told her he’d ‘strangle’ the culprit in revenge

A disgraced police officer lost her job after she was caught passing on sensitive information about suspects to a wealthy businessman who sought revenge after a burglary.

She also offered further help when he warned he would ‘strangle’ the culprit who stole his Land Rover. 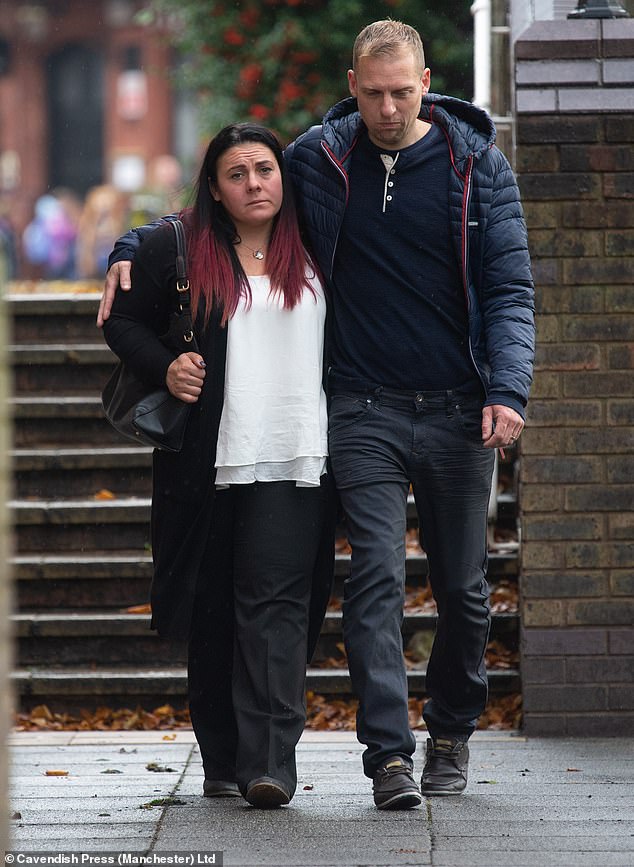 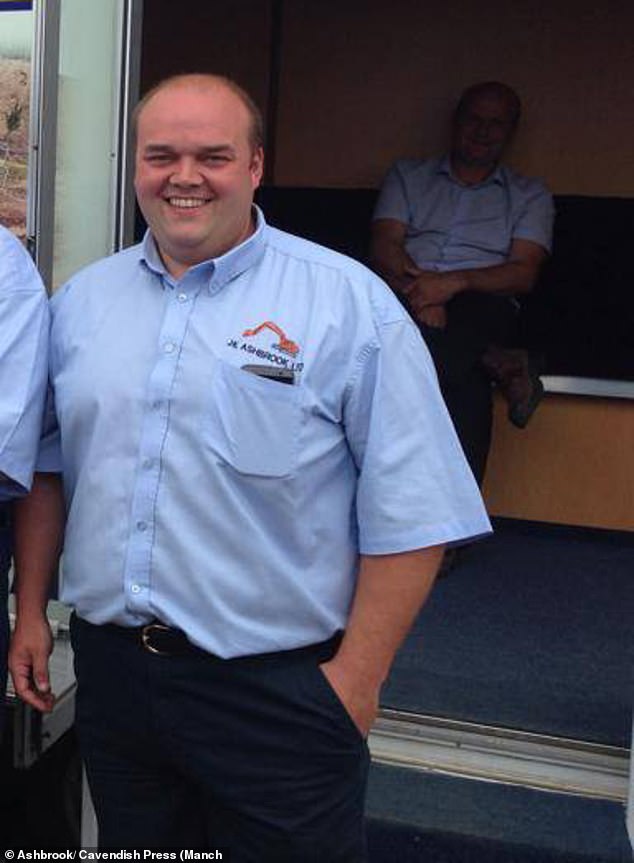 She was sentenced to eight months in prison, suspended for 18 months.

The court heard that during an exchange of WhatsApp messages, businessman Ashbrook requested information on individuals he was targeting as well as asking Ford to ‘turn a blind eye’ to any offence he may commit.

Police found the messages after they arrested Ashbrook on suspicion of making threats to kill.

It emerged Ford, of Congleton, Cheshire, had provided details about suspects and their criminal records to Ashbrook and on a different occasion looked up arrest information about her brother-in-law who had been detained over unrelated matters.

No one was harmed as a result of the illicit disclosures. 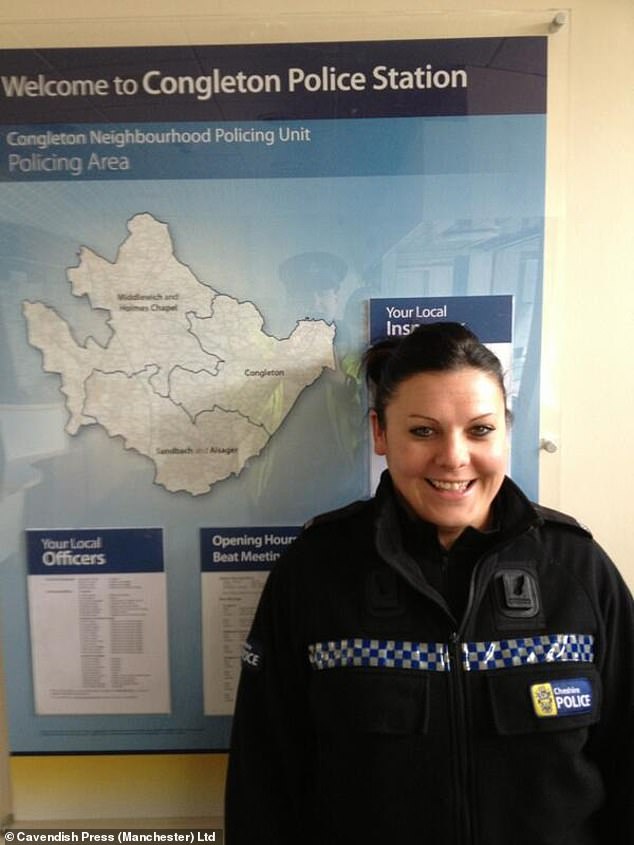 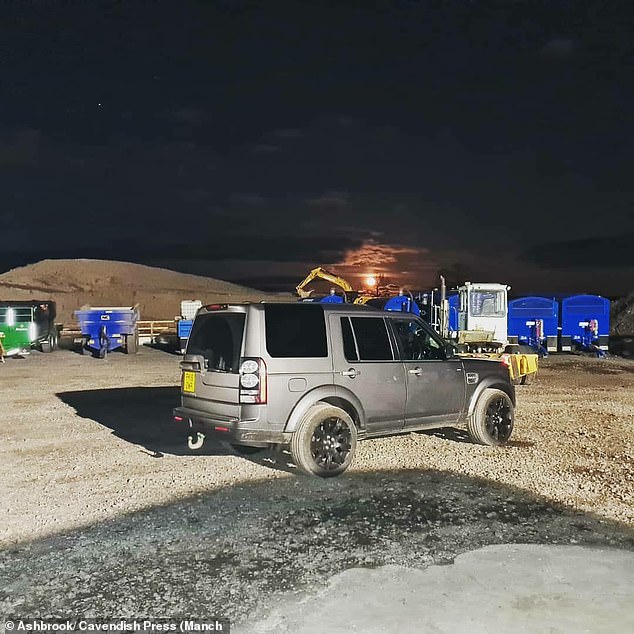 Pictured: The Land Rover stolen in the buglary 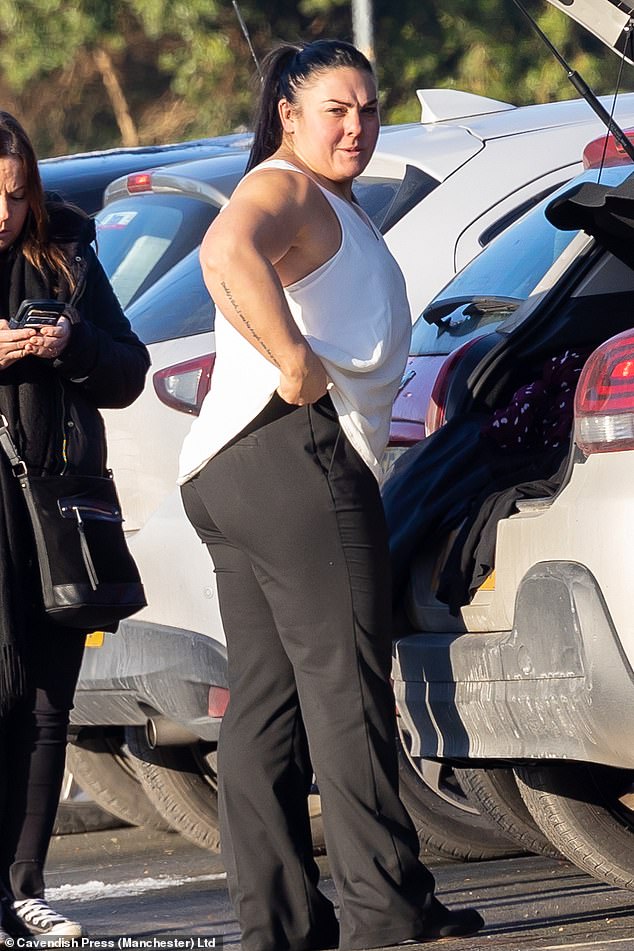 Prosecutor Oliver King said the investigation began in 2021 after Ashbrook was arrested by Staffordshire Police on suspicion of making threats to kill and other matters.

He told the court: ‘Whilst investigating criminal offences against Ashbrook, officers discovered a WhatsApp chat log on his mobile phone which contained a conversation between him and the defendant about a burglary that had occurred at his home address in Cheshire.

‘In that conversation Ashbrook asked the defendant if she knew someone called “Knighty” in Congleton.

‘She replied that she did not recognise the name.

‘Ashbrook later commented “he will talk”. As a result of this, a decision was taken to conduct an audit of the defendant’s use of police data systems around the time of Ashbrook’s burglary.

‘There was also another WhatsApp conversation between Ashbrook and his wife in which the wife asked him to “Ask Fordy get us silver fiesta reg and names or addresses asap”. ‘ 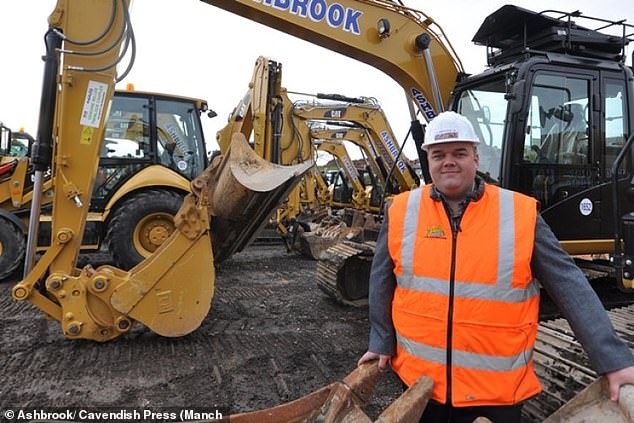 Investigations revealed how shortly after the burglary in December 2018, Ford copied and pasted information from the incident log and cross referenced it with other information held in the IT system.

She also viewed the antecedents of a named suspect for the burglary.

‘Four days later, she again accessed the enquiry log for the burglary which contained updates on the investigation and suspects and further messages between her and Ashbrook were discovered which were of a more sinister nature.

‘It appeared that Ashbrook was planning a criminal offence and he requested information on individuals he was targeting as well as asking the the defendant to ‘turn a blind eye’ to any offence he may commit.’

Ashbrook then claimed the suspect had taken his Land Rover and that they were going “heavy that night” and asked for Ford to keep silent about it.

Further inquiries revealed Ashbrook had requested details about an Audi seen in his firm’s yard.

Then in May 2020 she sent him the names of two men along with details of their antecedents saying she had used the PNC to obtain the data.

During a police interview, she acknowledged her friendship with Ashbrook but denied accessing and passing on confidential information to him.

She said she remembered an occasion where his business premises had been burgled and she advised him to report it.

Ford was in the control room at the time and could see it was a live incident.

In mitigation defence counsel Hunter Gray said two suspects had already been arrested over the house burglary when Ashbrook asked her for information.

He added: ‘She is devastated that she has lost her job of 11 years, a job that she loved. She is truly ashamed to be in this court when for her career she has served the public to catch criminals and help victims.

‘But these are isolated incidents against a background of someone who performed her duty ordinarily to the highest possible standards.

‘Mr Ashbrook was the victim of a burglary at his premises and the defendant was in the control room when it was reported. She was aware of the business and had known Mr Ashbrook since childhood and were close friends.

‘It is suggested Mr Ashbrook may be taking matters into his own hands and then asking Mrs Roberts to turn a blind eye.

Her reply was what she was in meeting and would check details later on. She did not. In the end Mr Ashbrook contacted police and the Land Rover was recovered.

‘That was probably the most sinister of the messages but he was not actually encouraged by the defendant. When she was arrested she was in custody for 12 hours and that was an incredibly shocking situation for her to find herself in.’

Mr Gray added: ‘She is fundamentally a very good person who has conducted the majority of her police career in assisting others.

‘She received a bravery award in 2013, a national award that she received when she entered a burning building, it would seem with little regard for her own personal safety, to take two people out to safety, saving their lives.

‘She was recognised nationally and attended Downing Street to receive her award. She is going to have that career tarnished now because of these offences and that is probably the biggest punishment that she will have.

‘A loss of her job is a loss to the local community, she has been a good officer.’

Ford who was charged under her married name Claire Roberts was also ordered to complete 200 hours of unpaid work and 20 days of rehabilitation activity.

Judge Steven Everett told her: ‘I’ve heard a lot about your policing skills and that you will be a loss to the local community, but I do not agree with that.

‘You betrayed the trust imposed on you as a police officer. You would have taken an oath to uphold the law, but not only did you not do that but you did not over a period of time. You ignored the law and there were always these consequences.

‘Some would say that you were very fortunate not to be charged with misconduct in office. I have to tell you, that would have made a huge difference to the way I am going to deal with you today.’

Ford had previously been honoured for her bravery by former Prime Minister David Cameron in 2013 for running into a burning building to save the occupants.