Paul Bettany says that he had an "unpleasant feeling" when his texts with friend and former co-star Johnny Depp were pored over during Depp's libel suit against U.K. tabloid The Sun last year. A British court ultimately dismissed Depp's claim that it was libelous for the newspaper to refer to him as a "wife beater" in light of ex-wife Amber Heard's allegations of abuse. Subsequent attempts to appeal the ruling have also denied, though Depp has launched a $50 million defamation suit against Heard, who filed for divorce in 2016.

During the courtroom proceedings held in the summer of 2020, texts exchanged between Depp and Bettany in 2013 and 2014 were made public. Though the Pirates of the Caribbean star's legal counsel has disputed the reporting of the texts that surfaced, the actor is said to have suggested they "burn" his then-girlfriend Heard. He later allegedly added, "Let’s drown her before we burn her!!!" Texts from Depp also reportedly recounted his use of alcohol and "pills." 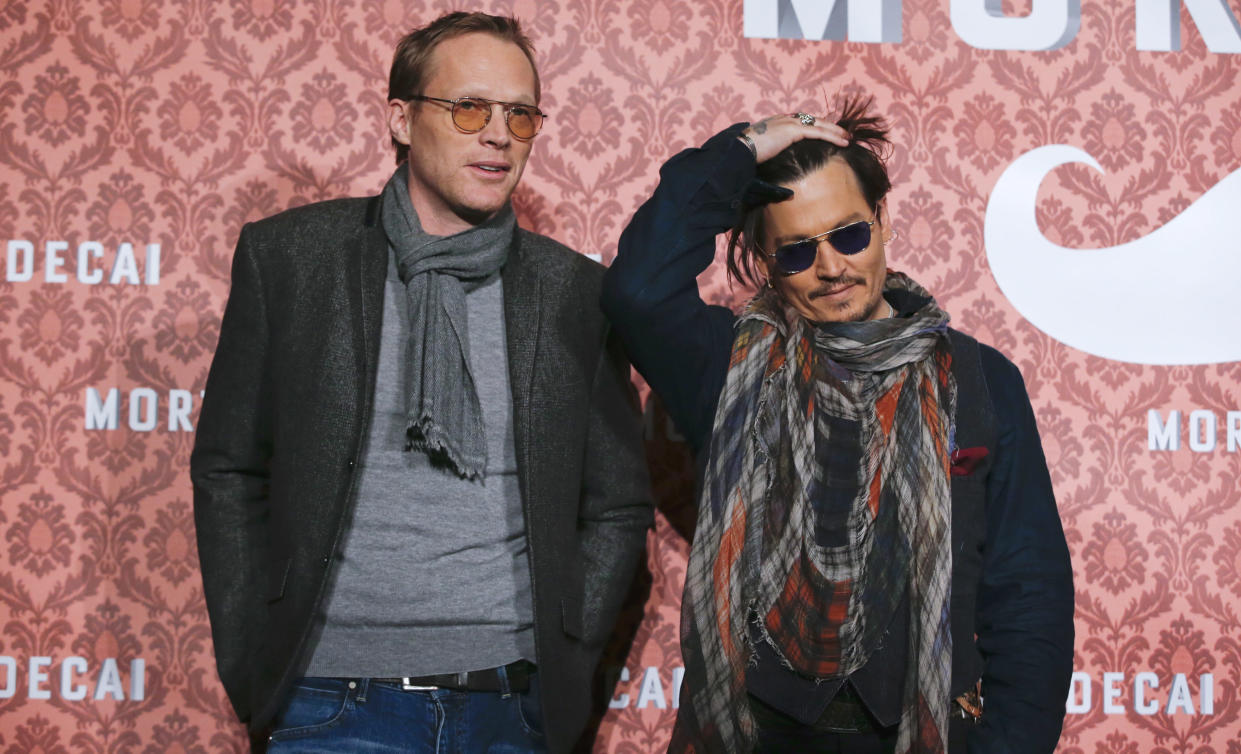 In a new interview with the Independent, WandaVision star Bettany was wary of discussing the "very strange" situation with his Mortdecai and The Tourist co-star.

“I think that’s a really difficult subject to talk about and I think that I just pour fuel on the fire,” the Emmy nominee noted.

“It was a strange moment,” he said of being involved in Depp's legal battle. “What was strange about it was you suddenly have one of the most scabrous newspapers in London and their lawyers poring through your texts for the last 10 years. Can you imagine what it would be like, honestly, to have a bunch of lawyers go through every one of your emails and texts for 10 years? All I can tell you was that it was an unpleasant feeling."

For Bettany, having the messages made public was upsetting. The actor, who is married to the Oscar-winning actress Jennifer Connelly, cited another incident in which his privacy had been breached.

"Years ago, me and Jennifer were having an argument on the subway about who was picking the kids up from school," he shared, adding that the spat was recorded and fueled media reports that the couple was splitting up. “Someone at my kids’ school asked them if they knew their parents were getting a divorce. I don’t feel that I signed some Faustian pact with the devil when I became an actor to give away all my privacy."

Depp, meanwhile, at last publicly addressed what he called "Hollywood's boycott" of him in an interview with the Sunday Times in August, referring to himself as "one man, one actor in an unpleasant and messy situation, over the last number of years."