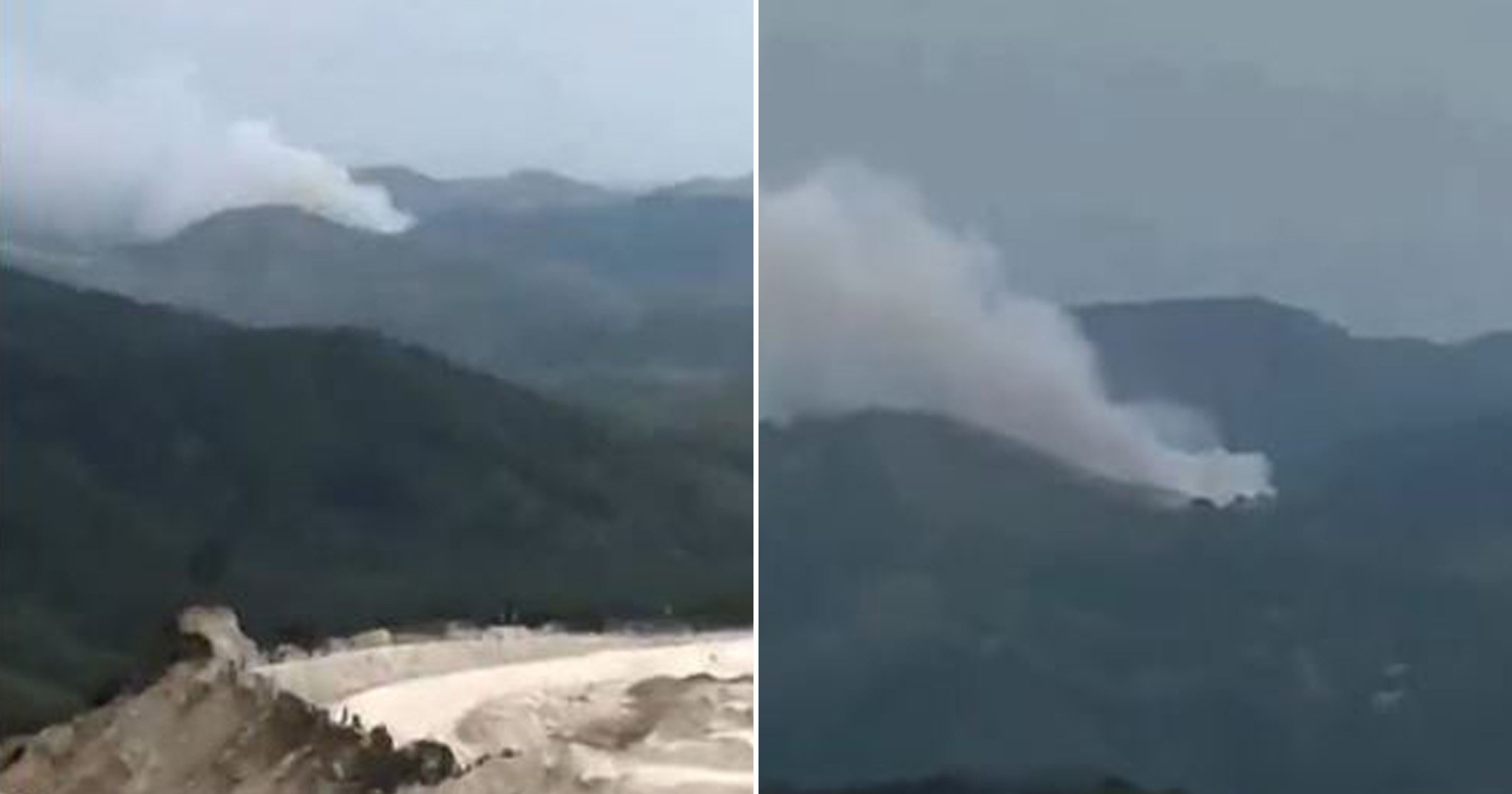 As many as 133 people are feared dead after their plane crashed into a mountainous area and caught fire, Chinese state media have reported.

The passenger jet, described as a Boeing 737, was said to have suffered an unspecified ‘accident’ before hurtling into the ground in a rural part of China’s southern Guangxi region.

Data from flight trackers indicates a China Eastern Airlines flight from Kunming to Guanghzou fell from an altitude of 30,000ft in around a minute and disappeared near the city of Wuzhou, just over 90 minutes after takeoff.

Unverified footage showed a huge plume of smoke rising from a hillside forest.

Rescue teams have been dispatched to search for survivors and battle a ‘mountain fire’ caused by the crash, according to China Central Television.

This is a breaking news story, more to follow soon… Check back shortly for further updates.