The Baker Mayfield experiment with the Carolina Panthers is over.

Carolina released the former Cleveland Browns No. 1 overall pick, the team announced Monday morning. This decision comes almost five months after the Panthers traded a conditional 2024 fifth-round pick to the Browns for Mayfield.

The move is only surprising given the proximity to the trade, as Mayfield's first season with the Panthers has proven to be tumultuous.

Though he began the season as the Panthers' Week 1 starter, Mayfield bounced between the team's first, second and third options at quarterback. He went 1-4 as the starter before an ankle injury sidelined him for a week and lost the starting job to P.J. Walker. Mayfield didn't see action again until Week 9 when he the second half for Walker and then returned to the starting line-up for Week 11. Mayfield lost the starter job again – this time to Sam Darnold before Week 12, who had returned from a preseason ankle injury of his own.

Mayfield finished his Panthers tenure with career-lows in completion percentage (57.8 percent), yards per game (187.6) and only six touchdowns with six interceptions. 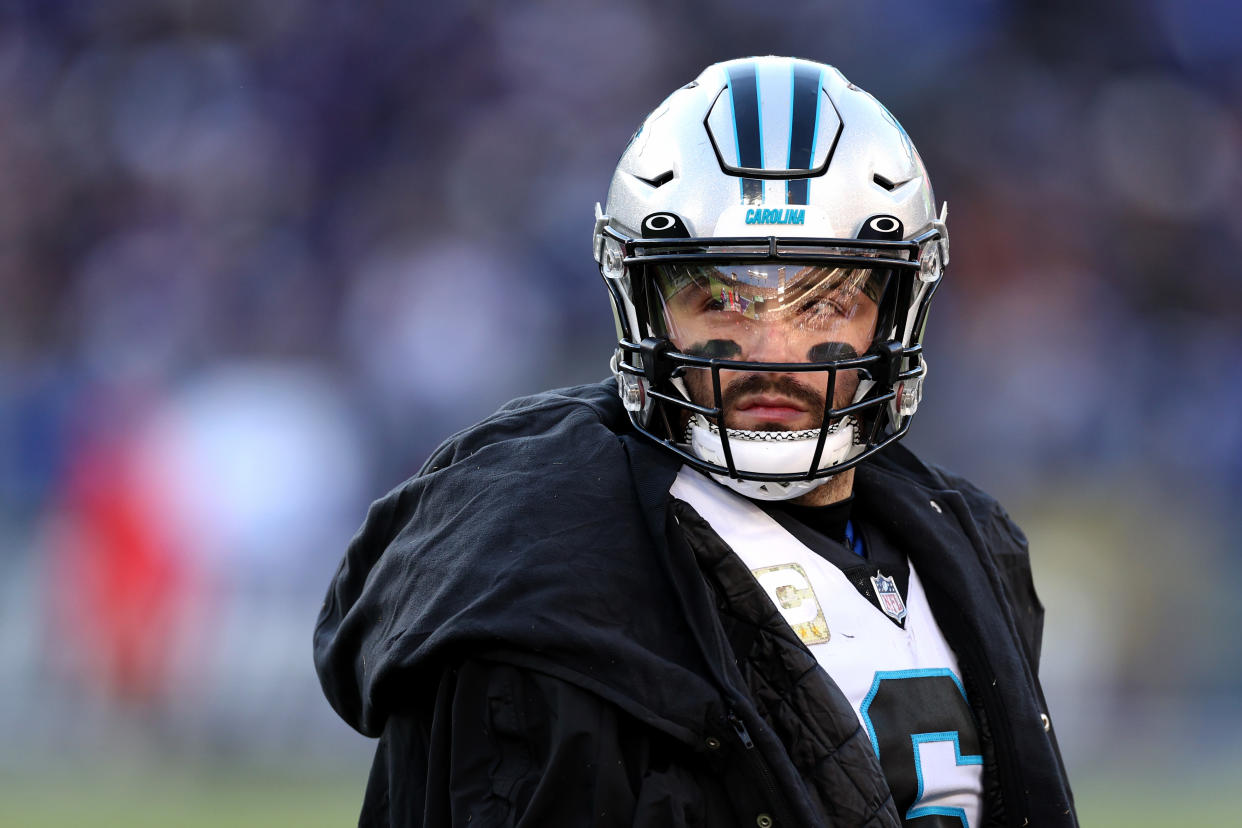