Four human skulls were discovered inside a package at a Mexican airport that was due to be sent by courier to the United States, local authorities said on Friday.

The skulls were found wrapped in aluminium foil inside a cardboard box at Queretaro Intercontinental Airport in central Mexico, a statement from the National Guard said.

Officers were called to the airport when staff made the discovery.

The package had been sent from the western coastal state of Michoacan – one of the most violent parts of the country – and was destined for an address in Manning, South Carolina, it said.

Pictured: These four skulls were found wrapped in aluminium foil inside a cardboard box at Queretaro Intercontinental Airport in central Mexico, a statement from the National Guard said. They were sent to an address in the United States, but were intercepted 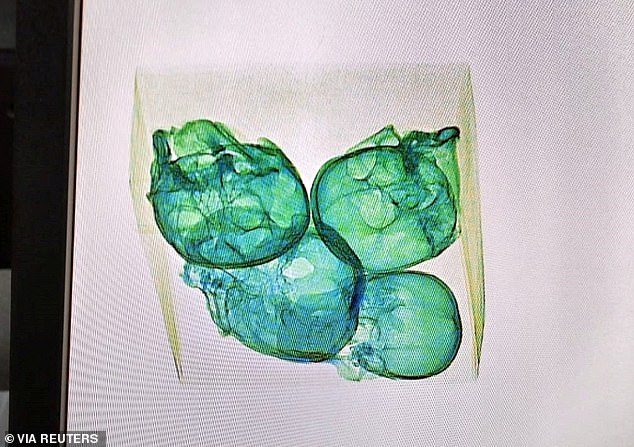 The airport’s X-Ray team made the discovery and alerted to the authorities. Michoacan’s city of Apatzingan has long been dominated by the Viagras drug cartel

The National Guard gave no further details on the age, identity or possible motive for the sending of the human remains.

‘During inspections at packaging companies and through an X-ray team, the #NationalGuardia detected at the Intercontinental Airport of #Querétaro, four skulls apparently of human origin, wrapped in transparent plastic and aluminium paper minio, no health record,’ the Guardia Nacional wrote on Facebook.

The transfer of human remains requires a special permit from a competent health authority which was not obtained, it said.

Michoacan’s city of Apatzingan has long been dominated by the Viagras drug cartel.

Authorities have not yet stated whether or not the gruesome discovery was linked to any cartel activity, or whether it is evidence of a crime.

In May last year, the discovery of a pile of 150 skulls inside a Mexican cave sparked a murder probe. However, it was later revealed that they were actually the remains of women sacrificed in an Aztec ritual thousands of years ago. 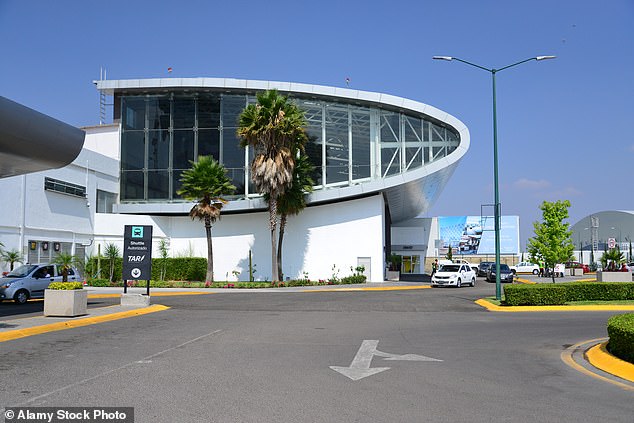 Pictured: Queretaro Intercontinental Airport in central Mexico, where the skulls were found 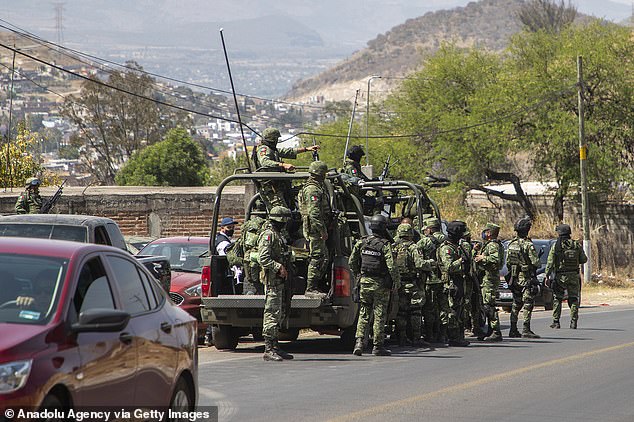 Michoacan’s city of Apatzingan has long been dominated by the Viagras drug cartel. Pictured: Army officers are seen in Michoacan State, Mexico in March

The discovery came before gunmen in armored vehicles attacked a state prison in Mexico, just across the border from El Paso, leaving 14 people dead and allowing 24 inmates to escape

An unknown number of gunmen took part in the attack, which happened in the northern Mexican city of Ciudad Juarez.