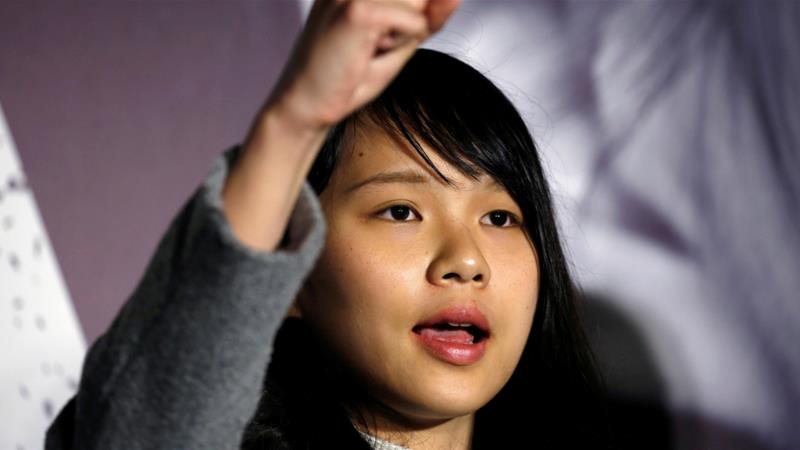 Pro-democracy groups took to the streets of Hong Kong on Sunday to protest the government’s decision to disqualify a prominent activist from legislative elections in March.

Agnes Chow, 21, was seeking to become Hong Kong’s youngest council member ever, contesting the seat of another “umbrella movement” activist, Nathan Law, 26, who was stripped of his seat for his role in the pro-democracy movement.

The government said Chow could not be a candidate because her party’s political platform violates the city’s electoral laws.

Chow is a member of a Hong Kong group that wants more autonomy from China, and the decision was seen as the latest move in the government’s crackdown against opposition politicians.

Al Jazeera’s Divya Gopalan, reporting from Hong Kong, said many residents were “angry and confused” by the move.

“So many are saying that this decision is unexpected and has no basis,” she said.

“Legal experts also say that this decision could set a precedent, perhaps, in the future, barring candidates from the elections based on some high-level officials’ decision, or perhaps an opinion that a candidate’s history or political party’s manifesto is not suitable.”

Until her disqualification on Saturday, Chow’s papers were considered in order, Gopalan reported, adding she even gave up her British passport to stand in the elections.

“It is generally believed that the anger of the Hong Kong people may help these candidates to win in the coming by-election” on March 11, Cheng told Al Jazeera.

Alternative candidates have been preparing to fill the void left by Chow and other pro-democracy leaders, Cheng said.

“The movement has been fairly well-prepared for this kind of action,” he said. “So we are looking towards securing at least three out of four seats.” 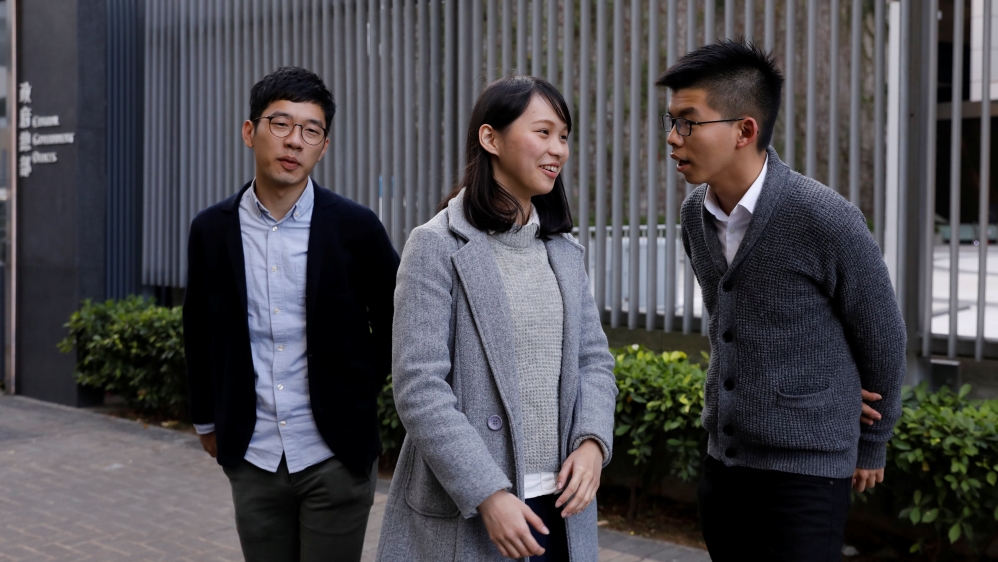 Cheng said Hong Kong residents are now “very, very worried that any checks and balances mechanisms” that remain are being “seriously eroded” by decisions of the Beijing-backed government.

Hong Kong, a former British colony, has been governed under a “one country, two systems” formula since it was returned to Chinese rule in 1997.

The so-called civil disobedience umbrella movement, which drew hundreds of thousands of protesters at its peak, was triggered after several young activists stormed into a courtyard fronting Hong Kong’s city government headquarters.

The name of the movement arose from the use of umbrellas as a tool for peaceful resistance against tear-gas shooting Hong Kong police during the protests.

For their leading role in the demonstrations, council member Law and fellow activists Joshua Wong and Alex Chow were tried and sentenced to community service.

Law had been the city’s youngest democratically-elected legislator before he was stripped of his seat by a government-led lawsuit in July 2017.

In August 2017, a high court sentenced them to prison terms, with Law getting eight months in jail. Wong received six months jail time, while Chow got seven months.

Earlier this month, Hong Kong’s High Court jailed Wong for a second time, sentencing him to three more months in prison for contempt of court. 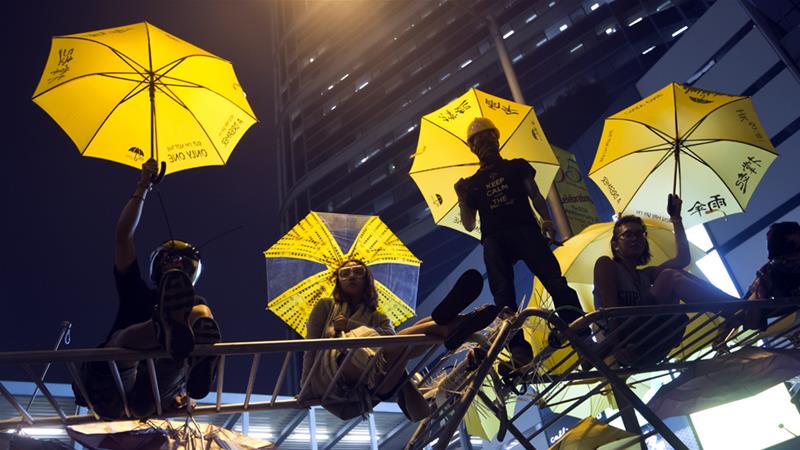