Our controversial new uniforms are a winner, says school head who asked pupils to swap trousers and shoes for tracksuit bottoms and trainers

When head teacher Richard Siviter proposed replacing his school’s uniform with hoodies and tracksuits, it’s fair to say that the parents of Telford Junior School had their reservations.

Some 40 per cent – 135 parents – raised objections, with mother-of-two Michelle Jackson, 43, saying: ‘Unless we’re preparing the next generation to be PE teachers or drug dealers, I think a traditional uniform is best.’ 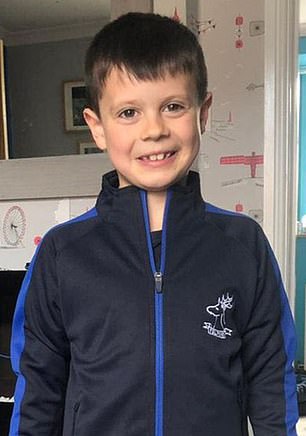 Jordan, aged seven, is pictured wearing the new uniform. A consultation document also said it saves ‘valuable lesson time’ as children will no longer need to change for games

Another parent added: ‘Hoodies? What’s next on the curriculum? Lessons on loitering followed by double shoplifting?’

But despite initial protests, Mr Siviter and the governers of the school – in Leamington Spa, Warwickshire – pressed on.

They scrapped the hoodies but have replaced the traditional uniform of black or grey trousers and skirts, white polo shirt, blue cardigan and black shoes with blue and white tracksuit bottoms, a zip-up top emblazoned with the school crest and non-branded white or black trainers.

A consultation document said: ‘The aim is to make [the uniform] more suitable for the active curriculum that we are keen to develop.’ It added that the ‘simplified’ outfit ‘reduces cost to families’ and ‘supports personal organisation’.

It also said it saves ‘valuable lesson time’ as children will no longer need to change for games, offering ‘a more hygienic approach’ – with unwashed kits no longer needing to be kept in the school.

Mr Siviter said PE would take place in the afternoons before hometime to avoid pupils having to ‘sit around in smelly clothes’.

He also underlined the school’s flexible approach in allowing the uniform to be bought in stages – meaning parents will not have to spend a lot of money at once.

Mr Siviter added: ‘We feel on balance that it was worth doing and there’s been a very positive response from the children.’

Parent Teresa Huggins said: ‘When you first hear the words ‘tracksuits for uniforms’ you think they’re going to be ‘chavvy’ and ‘tacky’ but they are far from that. My two sons love them.’ 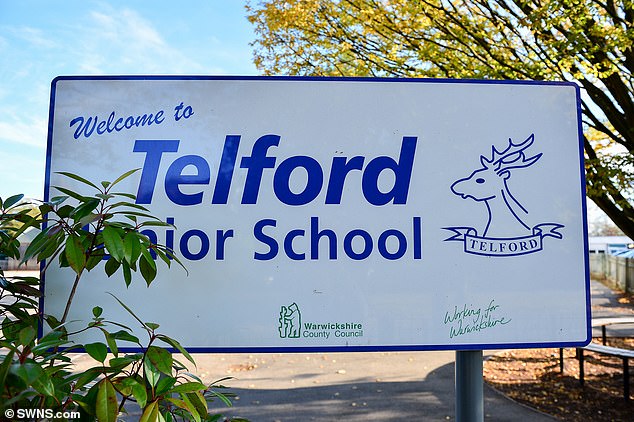 When head teacher Richard Siviter proposed replacing his school’s uniform with hoodies and tracksuits, it’s fair to say that the parents of Telford Junior School had their reservations [File photo]