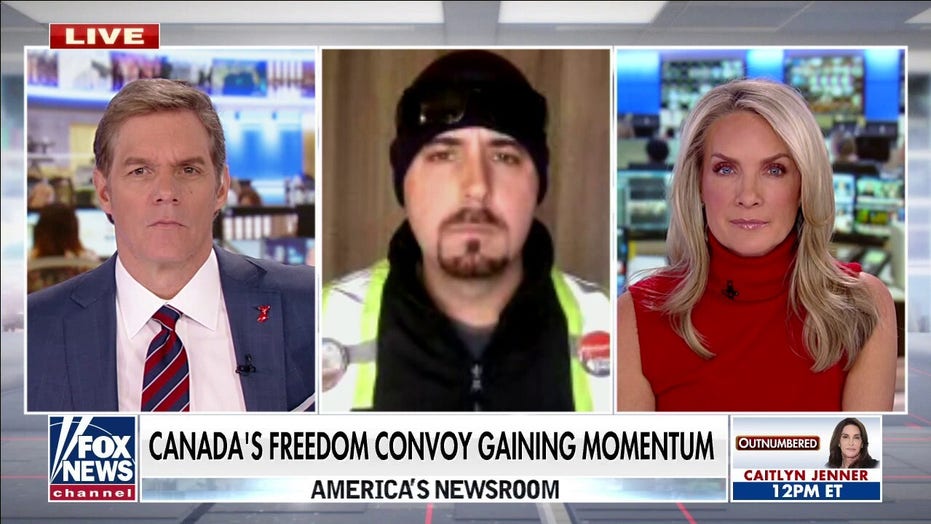 Canadian trucker: We’re not giving in until mandates are gone

Ottawa Mayor Jim Watson declared a state of emergency Sunday afternoon as approximately 500 trucks and vehicles with the “Freedom Convoy” continue to linger in the streets of the Canadian capital to protest vaccine mandates.

“Declaring a state of emergency reflects the serious danger and threat to the safety and security of residents posed by the ongoing demonstrations and highlights the need for support from other jurisdictions and levels of government,” the city said in a statement.

The statement went on to explain that the emergency declaration offers the city greater flexibility “to manage business continuity for essential services for its residents and enables a more flexible procurement process, which could help purchase equipment required by frontline workers and first responders.”

The declaration came hours after the Ottawa Police threatened to arrest anyone who brings gasoline or other material support to the truckers.

“Anyone attempting to bring material supports (gas, etc.) to the demonstrators could be subject to arrest. Enforcement is underway,” the police announced in a tweet emblazoned with “IMPORTANT.”

Demonstrators who spoke to Fox News Digital said they were amazed by the outpouring of support from their fellow Canadians. Many have donated fuel, which is an asset in keeping the trucks – and the protest – powered.

Fox News Digital reached out to the Ottawa Police for clarification regarding their definition of “material supports,” and whether it also included things such as food and water. A spokesperson for the police replied that the tweet “relates to hazardous materials that represent a public safety or fire hazard.” 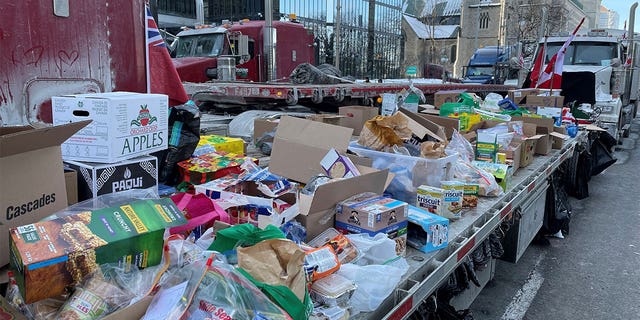 The Ottawa Police have been cracking down on the remaining demonstrators in the “Freedom Convoy,” which is composed of truckers and other protesters who are demanding the Canadian government end federal COVID-19 mandates including vaccine requirements for cross-border travel. Demonstrators have said that they do not plan to leave the protest until the mandates are lifted. 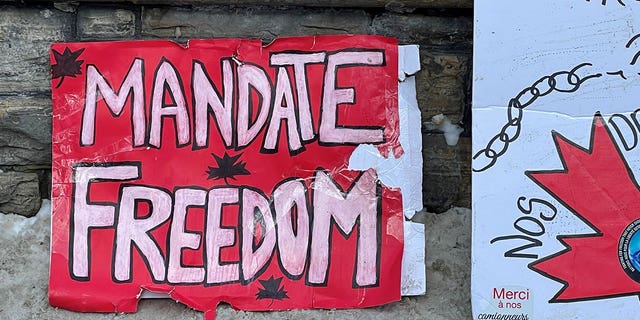 Ottawa Police announced Sunday morning that more than 450 tickets have been issued since Saturday morning for offenses ranging from excessive noise and seatbelt violations to obstructed license plates and improper mufflers. They also announced they have opened 97 criminal offense investigations related to the Freedom Convoy.

Ottawa Police Chief Peter Sloly raised eyebrows last week when he suggested the possibility of calling up the Canadian military to quell the ongoing demonstrations. Canadian Prime Minister Justin Trudeau later walked back the police chief’s statement, saying such a plan was “not in the cards in right now.”