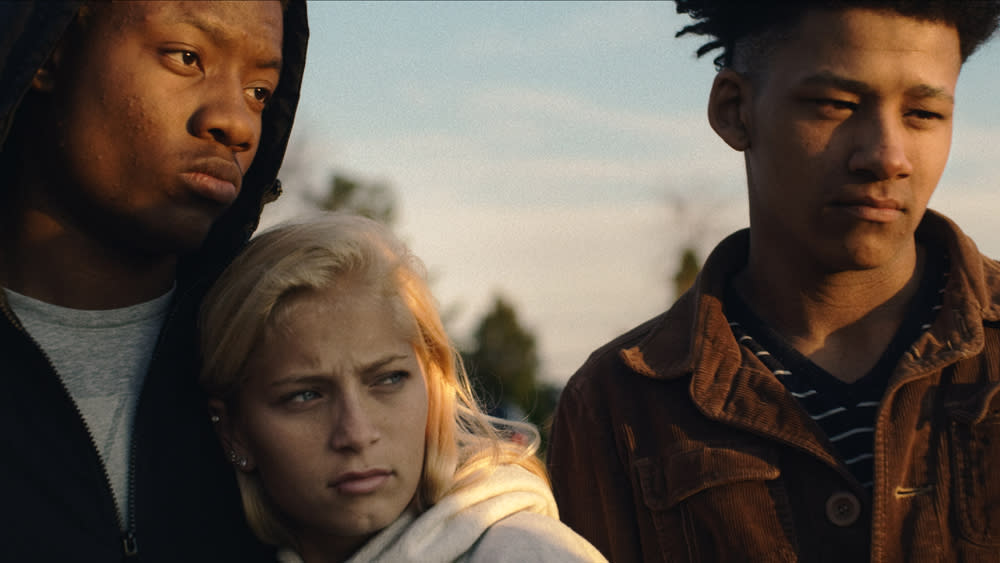 Right before their film competes at the Academy Awards, the filmmakers behind documentary short “Audible” have debuted a PSA in honor of Deaf History Month.

“We are tough, we are strong, we are determined,” McKenstry-Hall signs in the PSA.

DiMarco, who is a producer on “Audible,” adds, “There isn’t anything we can’t do, we will succeed.”

“Audible” focuses on teenagers at Maryland School for the Deaf, specifically following the life of McKenstry-Hall, then a senior at the school. The film depicts McKenstry-Hall as he competes on the school football team and attempts to defend the school’s winning streak, while coping with the loss of his close friend to suicide. The film was inspired by Ogens’ childhood growing up an hour away from the school, and by his relationship with one of his closest friends, who is deaf.

“I never wanted an observational film, looking at a situation from a distance,” Ogens said about the film in an interview with Variety. “I wanted to tell the story from the point of view of Amaree and his friends, to tell the story they wanted to tell, to amplify their voices. I was a liaison and I knew from Day One that this was going to be an immersive experience.”