‘Selfish and irresponsible,’ organisers of a massive house party are facing a police investigation after 300 people turned up to a paid-for event at the weekend.

Scottish police officers were called out to a rented mansion in Midlothian on Saturday night amid concerns from neighbours that a party was being run as a commercial event.

According to the BBC, the gathering was at the Mansion House of Kirkhill in Gorebridge, which rents for around £1,600 a night on Airbnb.

Hundreds of people were at the event, despite current Scottish lockdown rules limiting indoor gatherings to just eight people.

A 29-year-old man was issued with a fixed penalty notice, but Police Scotland is now carrying out further enquiries to investigate potential culpable and reckless conduct charges and licensing breaches. 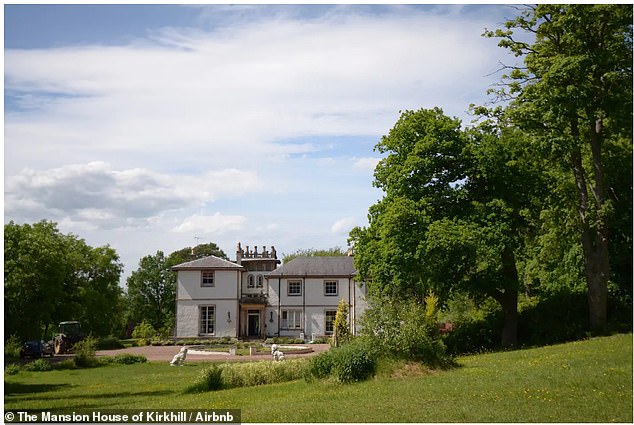 The partygoers at the paid-for event have been blasted as ‘selfish and irresponsible’ after putting hundreds of people in danger during the spread of coronavirus.

Deputy Chief Constable Malcolm Graham said ‘Those attending this organised event showed a blatant disregard for the regulations in place to help save lives and prevent the spread of coronavirus.

‘Further investigations are being carried out with a view to what other charges may be brought, including culpable and reckless conduct.

‘Anyone attempting to hold such an event, or any party in clear breach of the law, should be aware they will be met with a robust response from Police Scotland.

‘I cannot stress enough the serious risk to public health an event of this size poses not only to those present and anyone they come into contact with, but also the wider community and all those from the emergency services who attended.’

Councillor Stephen Curran, Chair of Midlothian Police, Fire and Rescue Board, said: ‘Those 300 or so people didn’t just put themselves at risk of contracting coronavirus, they put residents across Midlothian and beyond at risk.

‘To call them selfish and irresponsible is an understatement. 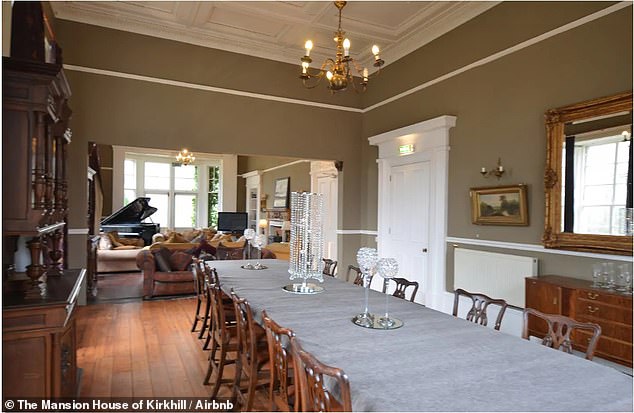 A 29-year-old man was issued with a fixed penalty notice, but Police Scotland is now carrying out further enquiries to investigate potential culpable and reckless conduct charges and licensing breaches

‘We realise it can be challenging following the guidance but if the majority of us can do it then so can they.

‘We are working hard to avoid lockdowns like those happening in and around Glasgow but we need everyone to help keep Midlothian safe.

‘So, please follow the guidance. It will save lives.’

During last weekend, Police Scotland officers responded to reports of around 300 house parties across the country, dispersed those attending and issued six fixed penalty notices.

Cops also broke up a house party in Kirkintilloch, East Dunbartonshire, around 8pm on Saturday night, where five fixed penalty notices were issued.

Two men were also arrested in connection with a disturbance at the property.