Opulent Turkish baths in the spa town of Harrogate have reopened after a painstaking £300,000 restoration project that restored them to their former glory.

The hammam – part of the Royal Baths in the North Yorkshire town – is still used for its original purpose.

The now-Grade II listed baths were built in 1897 and have welcomed royalty from around the world in the 121 years since.

And now original decorations have been rescued from behind decades of stucco and plasterboard ceilings.

‘The interior of our Turkish baths, with its original Victorian opulence and grandeur, is a huge and unique selling point,’ he told the Yorkshire Post. 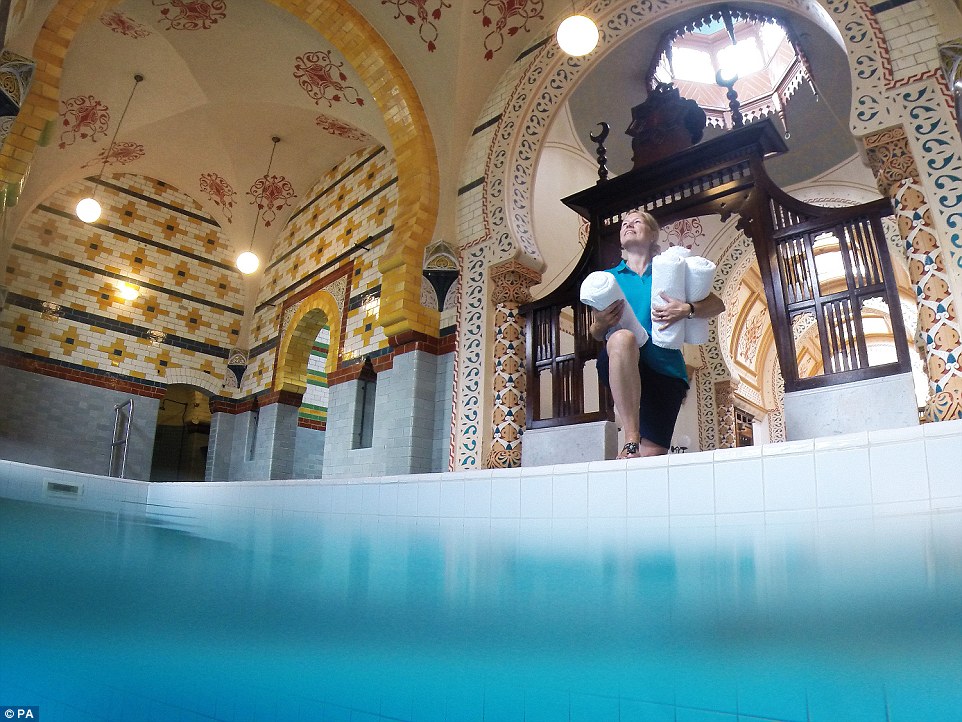 Bath Attendant Amanda Whalen, 50, at the baths in Harrogate, which are re-opening after a £300,000 restoration project 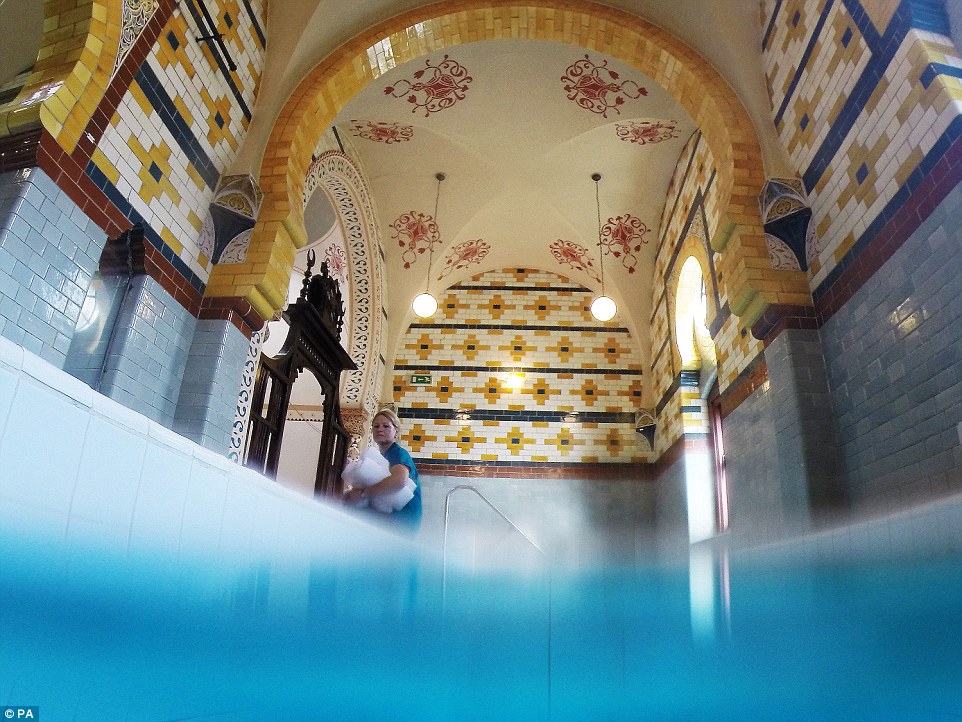 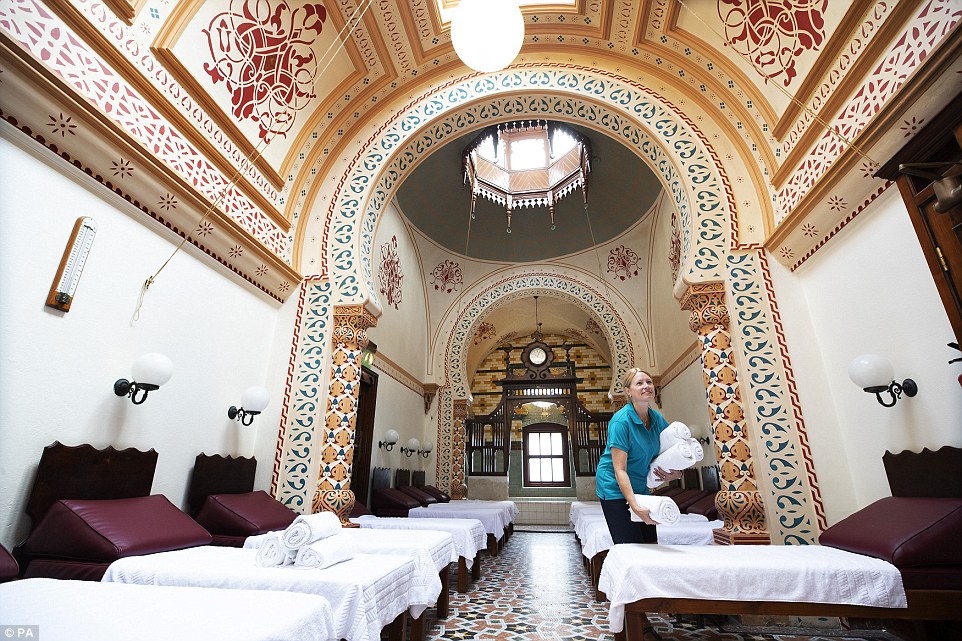 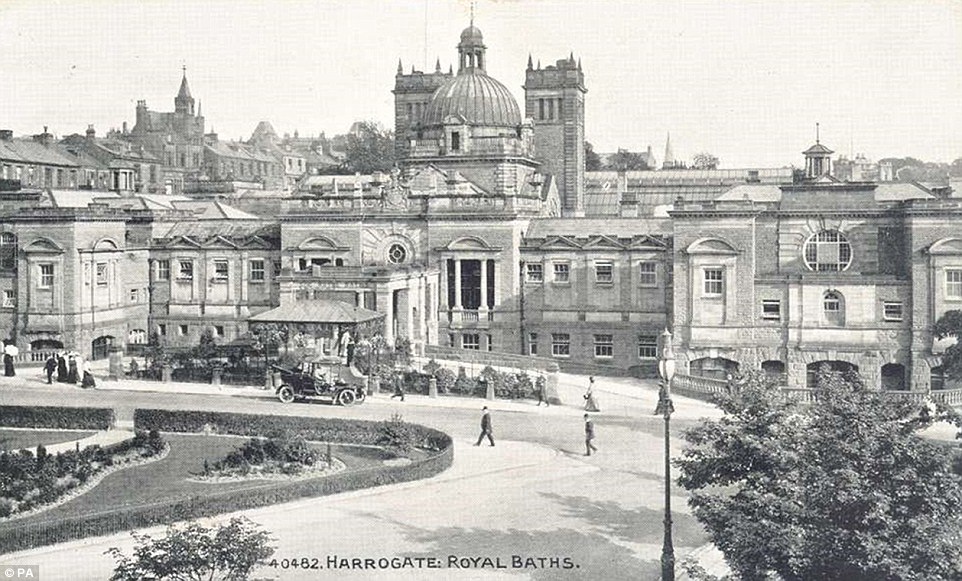 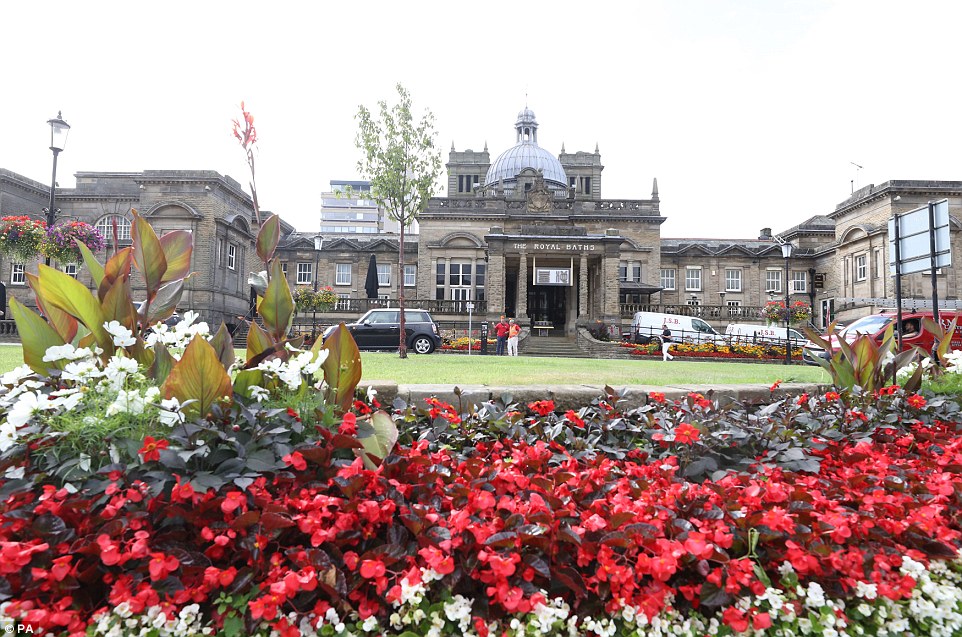 The same building today, nearly 120 years after it first opened and after the £300,000 restoration project recently completed 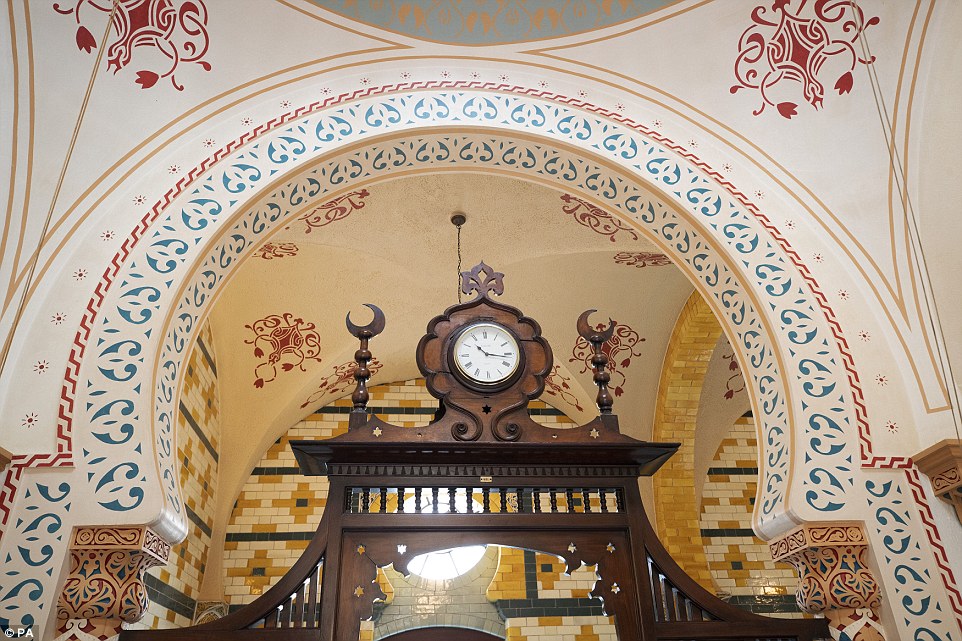 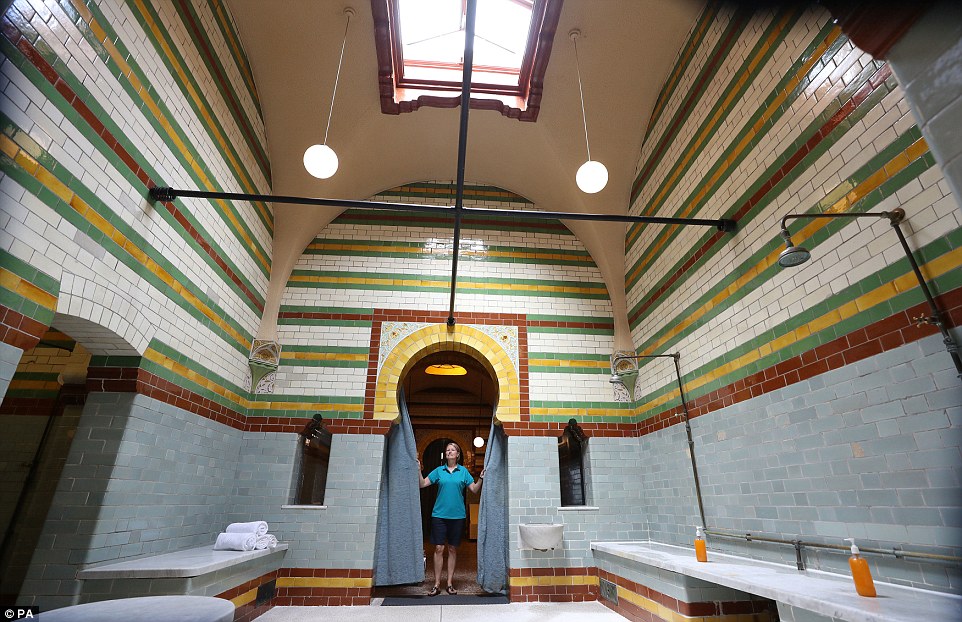 Mrs Whalen in the hammam area, where one-in-four guests request traditional Turkish rub-downs, according to the manager 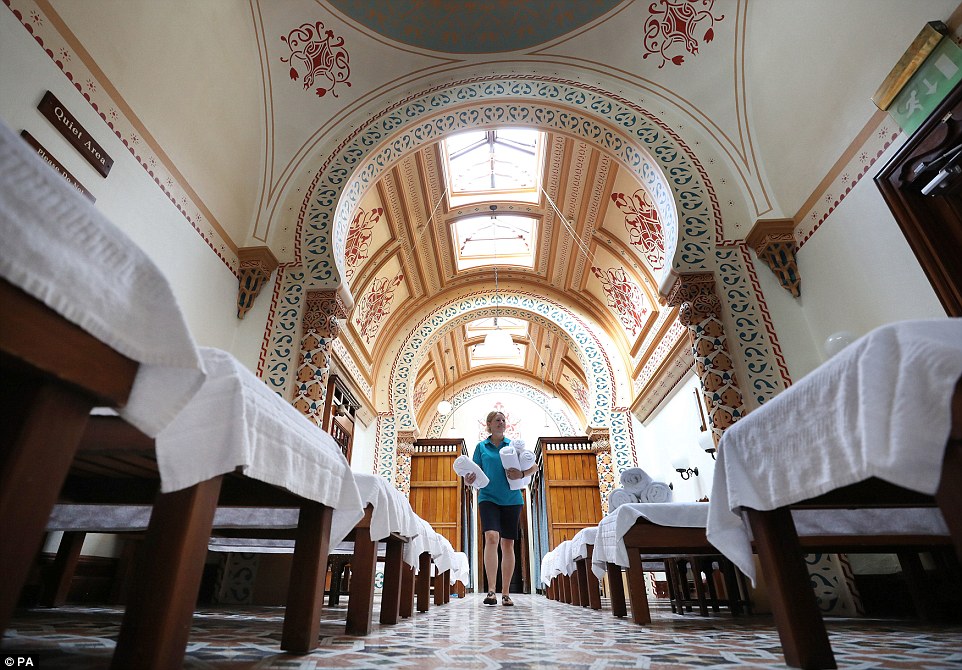 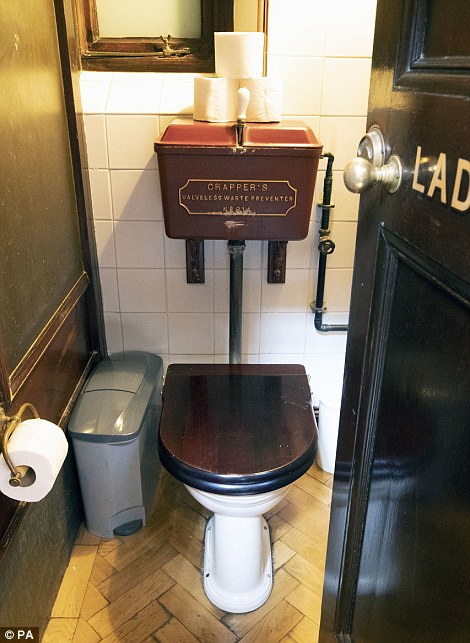 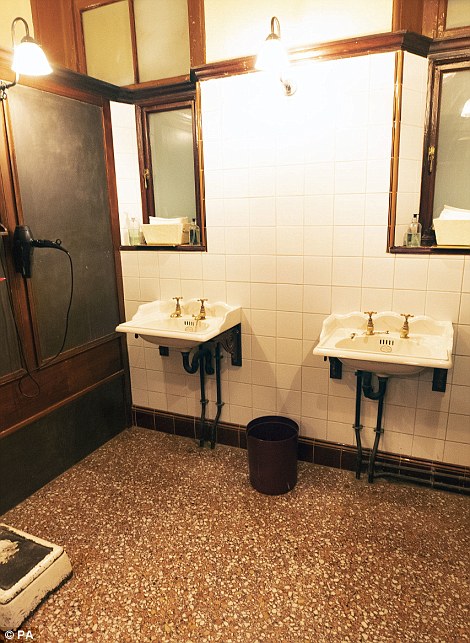 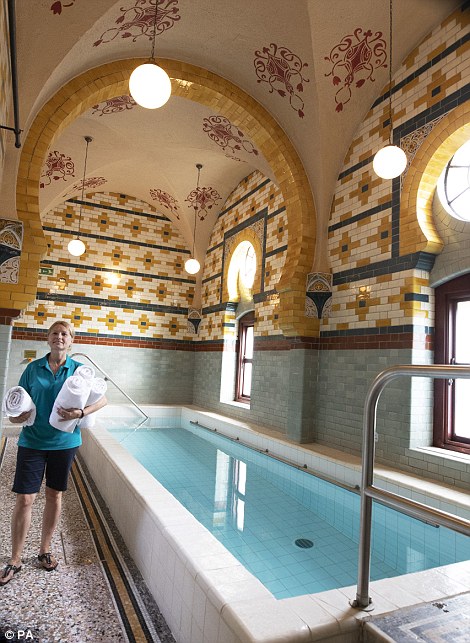 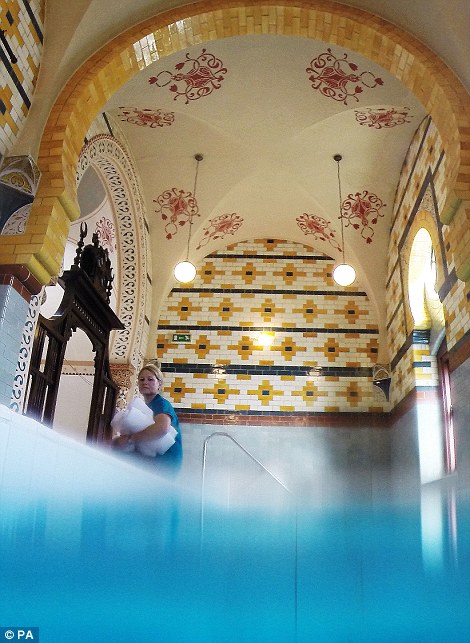 They are now the last authentic survivor of Harrogate’s Victorian Royal Baths complex, which once provided treatments such as peat baths and taking the famous spa waters

EXCLUSIVE: Kim Kardashian is a brunette bombshell again after ditching red hair as she emerges for first time since Kanye’s claim he’s running for President…