An epidemic of child gambling is plunging tens of thousands of families into a ‘tidal wave of misery’, MPs warned last night.

One in ten children regularly gamble with their own money, and more than a third have gambled in the past year, according to a Gambling Commission audit.

Close to 2 per cent of those aged 11 to 16 are so severely affected they are classified as ‘problem gamblers’, while a further 2.7 per cent are ‘at risk’. 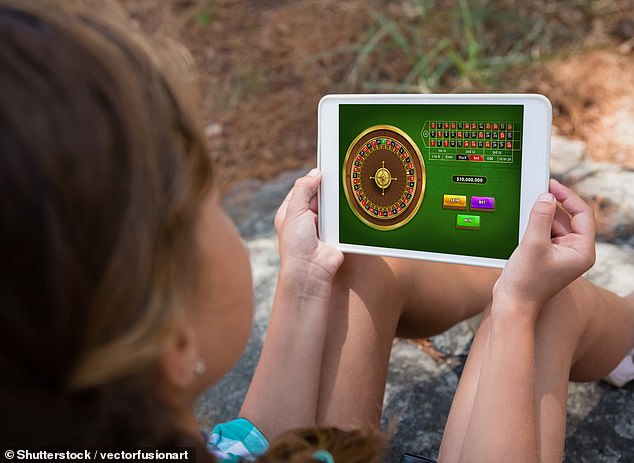 One in ten children regularly gamble with their own money, and more than a third have gambled in the past year, according to a Gambling Commission audit (stock image used)

Experts blamed the proliferation of gambling advertising, especially in sport, and the emergence of gambling in computer games.

Two in five children reported seeing gambling adverts or sponsorship, and many admitted this had prompted them to bet.

Half of the children surveyed had gambled before, for example on private bets with friends, playing cards, online and in betting shops, which is illegal for under-18s.

The Daily Mail has been calling for greater protection for addicts with its Stop the Gambling Predators campaign.

The commission figures have shocked ministers as they prepare to launch the biggest shake-up of betting laws in 15 years.

A source said: ‘Protecting children from gambling is a strong priority for us. We will be taking a long and hard look at the issues highlighted in this report.’

Ministers have already indicated they will raise the minimum age for the National Lottery to 18 as they prepare a raft of new measures to protect teenagers.

Former Tory leader Sir Iain Duncan Smith said: ‘Gambling destroys children and their families, and sets them on the path for a ruined life.

‘We must do everything we can to stop the games and betting advertising that are luring children to gamble more than they ever have before.’

Labour MP Carolyn Harris, the chairman of the all-party parliamentary group on gambling, said: ‘This report shows that Britain is suffering an epidemic of child gambling. 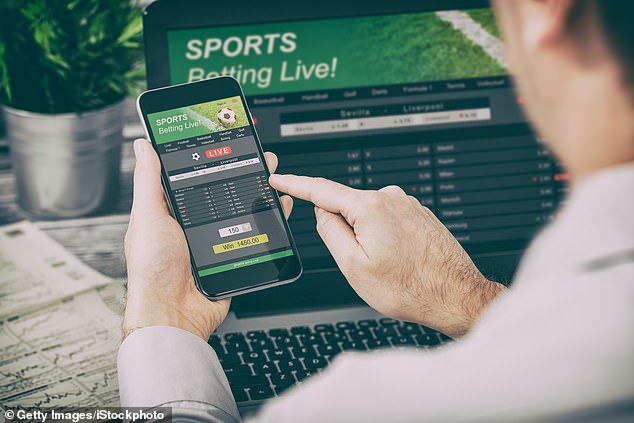 Experts blamed the proliferation of gambling advertising, especially in sport, and the emergence of gambling in computer games (stock image used)

‘Tens of thousands of children are already addicted, plunging families into a nightmare. The Government must take action now to stop this tidal wave of misery.’

The commission’s report is based on a Ipsos Mori study of 1,645 secondary school pupils in England and Scotland, completed before schools shut on March 20.

The report found that 55,000 children in the UK were ‘problem gamblers’, and a further 85,000 were at risk of developing an addiction.

It also found that 350,000 children had gambled their own money in the past week, betting an average of £17 each.

The report’s authors said the pandemic meant they had not interviewed enough students to give a full national picture.

There is significant concern among ministers about the impact of gambling advertising on television, radio and in sports such as football on children.

More than half of football clubs in the English Premier League and Championship are sponsored by gambling companies.

Bookmakers are also still able to show television adverts during the build-up and post-match analysis on live televised sport.

Earlier this year MPs and peers called for gambling advertising in sport to be banned in two major reports, which will feed into the Government’s review.