Oliver Hudson revealed it was his mom Goldie Hawn who convinced him to propose to now-wife Erinn Bartlett.

Hawn, 76, and Kurt Russell have been together for nearly 40 years, and the pair have been candid about never feeling that marriage was necessary for their relationship. While appearing on E!'s Daily Pop, Hudson said he was all for his famous mom's mindset on the matter of matrimony, but she was the one who encouraged him to get engaged.

"To be honest, it was not easy. I didn't want to get married. I thought that the perfect relationship was Kurt and Mom," he explained. "I mean, I was a child of divorce, that didn't work, and then I saw this working."

"I got Erinn jewelry every Christmas and that was part of my thing, and finally I bring some rings to my mom — not engagement rings — and she's the one who says, 'What are you doing? Do you want to spend the rest of your life with this person or not?' And I said, 'Yes, I do. I'm deeply in love but I'm just scared,' " recalled Hudson. "And she says, 'It's a token. You don't have to get married right away.' And so I gave her the ring and it was very scary and we were engaged for two and a half years."

"That's how it worked out," he added. "It's a great question because the truth is I didn't wanna get married. Erinn told her parents, like, 'Hey guys, you're traditional New Englanders, just so you know I'm with a dude who's an L.A. weirdo and we might not get married, so just get ready for that.' The proposal was a major surprise for sure."

RELATED: 'Don't Need a Paper to Be Devoted': What 15 Stars Have Said About Choosing Not to Marry 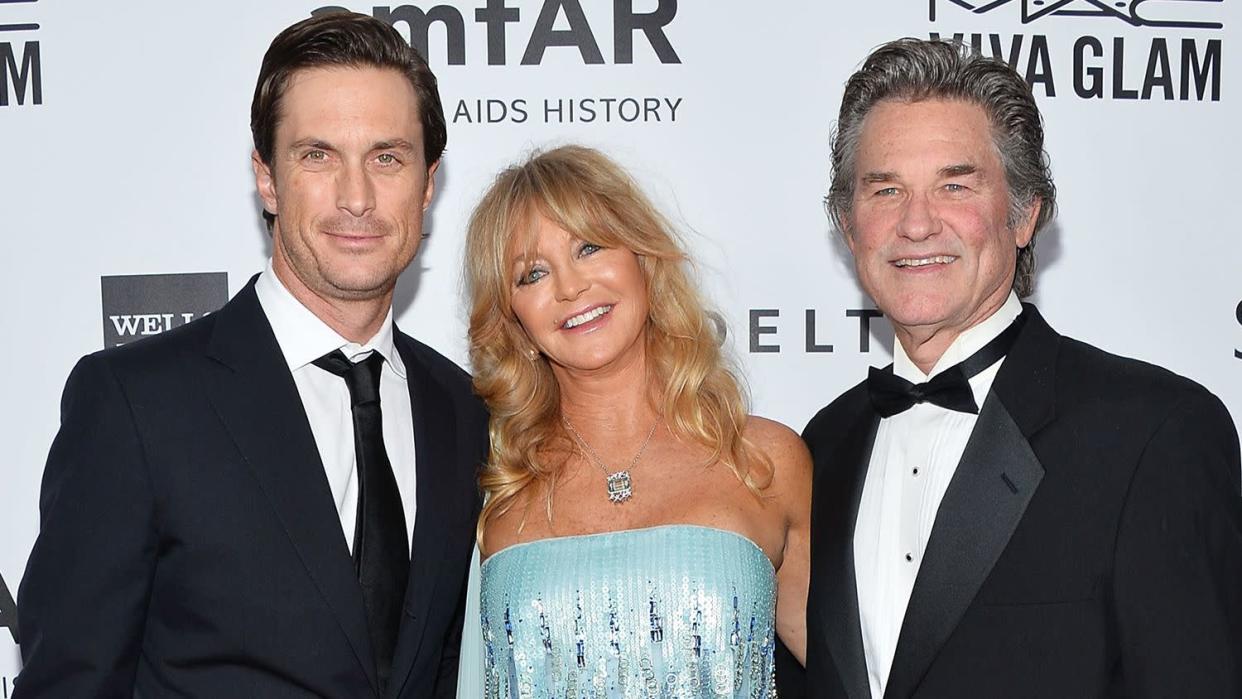 Oliver is the son of Hawn and Bill Hudson, though he is close with Hawn's longtime beau Russell, who started dating Hawn when Oliver was 6. The actor has previously talked about working to rebuild a less contentious relationship with estranged dad Bill, 72.

Hawn and Russell, 70, spoke to PEOPLE in 2020 about their relationship, emphasizing that there's no big secret to their lasting love. "You've just got to want to be together," she said at the time. "I don't think there's any way other than do it."

Russell added, "For people like us, the marriage certificate wasn't going to create anything that otherwise we wouldn't have. I don't know. 40 years isn't enough to finally say, 'Well I guess…' "

"It's okay. It's not about the marriage," she continued. "It's about the people and the relationship, and the will to stay together. And that's a big one because if you want it, you can have it. You've got to give things up, but the joy and the excitement of being together and touching the toes of somebody at night is really a nice feeling."