BARACK Obama trolled Donald Trump by saying he left a “pandemic playbook” in the White House – but it was probably used to "prop up a wobbly table".

Former President Obama returned to the campaign trail on Wednesday and launched a blistering attack on President Trump less than two week before Election Day. 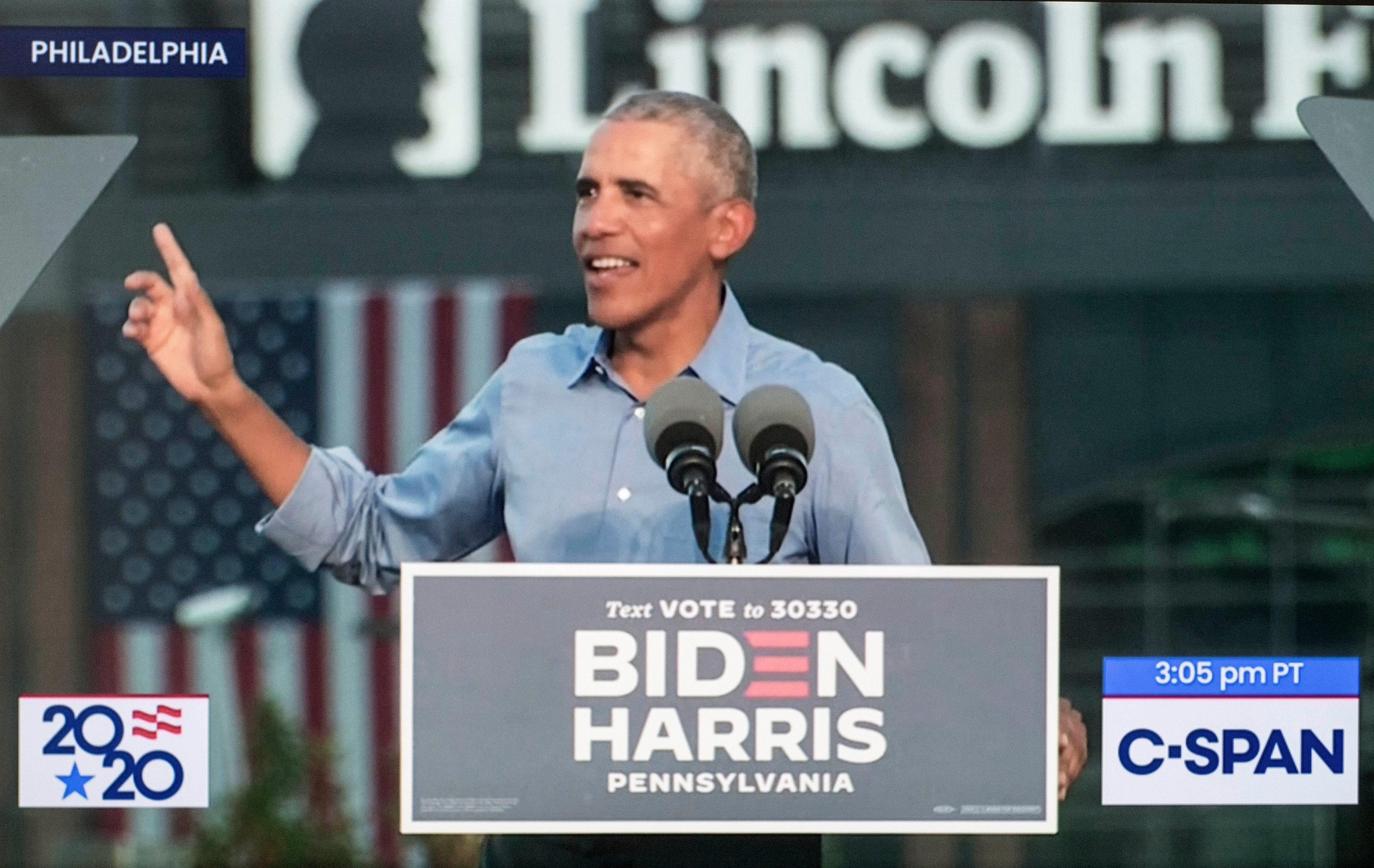 Speaking at a drive-in rally in Philadelphia on behalf of Joe Biden, his former vice president, and Democratic running mate Kamala Harris, Obama took aim at Trump and his handling of the coronavirus pandemic.

“We literally left this White House a pandemic playbook that would have shown them how to respond before the virus reached our shores.

“They probably used it to prop up a wobbly table somewhere, we don’t know where that playbook went,” Obama said.

The former president said to voters that Americans “have had to live with the consequences of him proving himself incapable of taking the job seriously.” 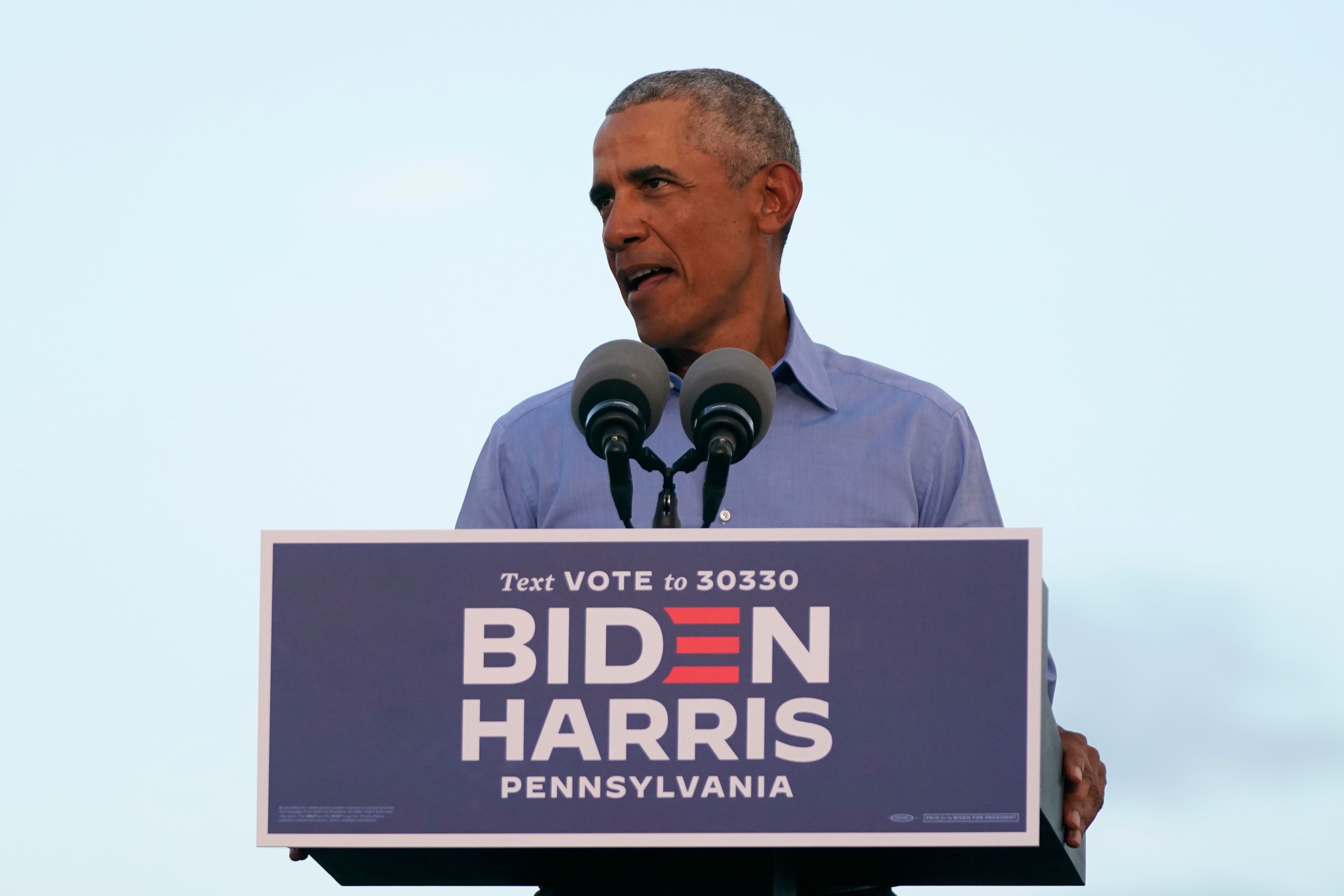 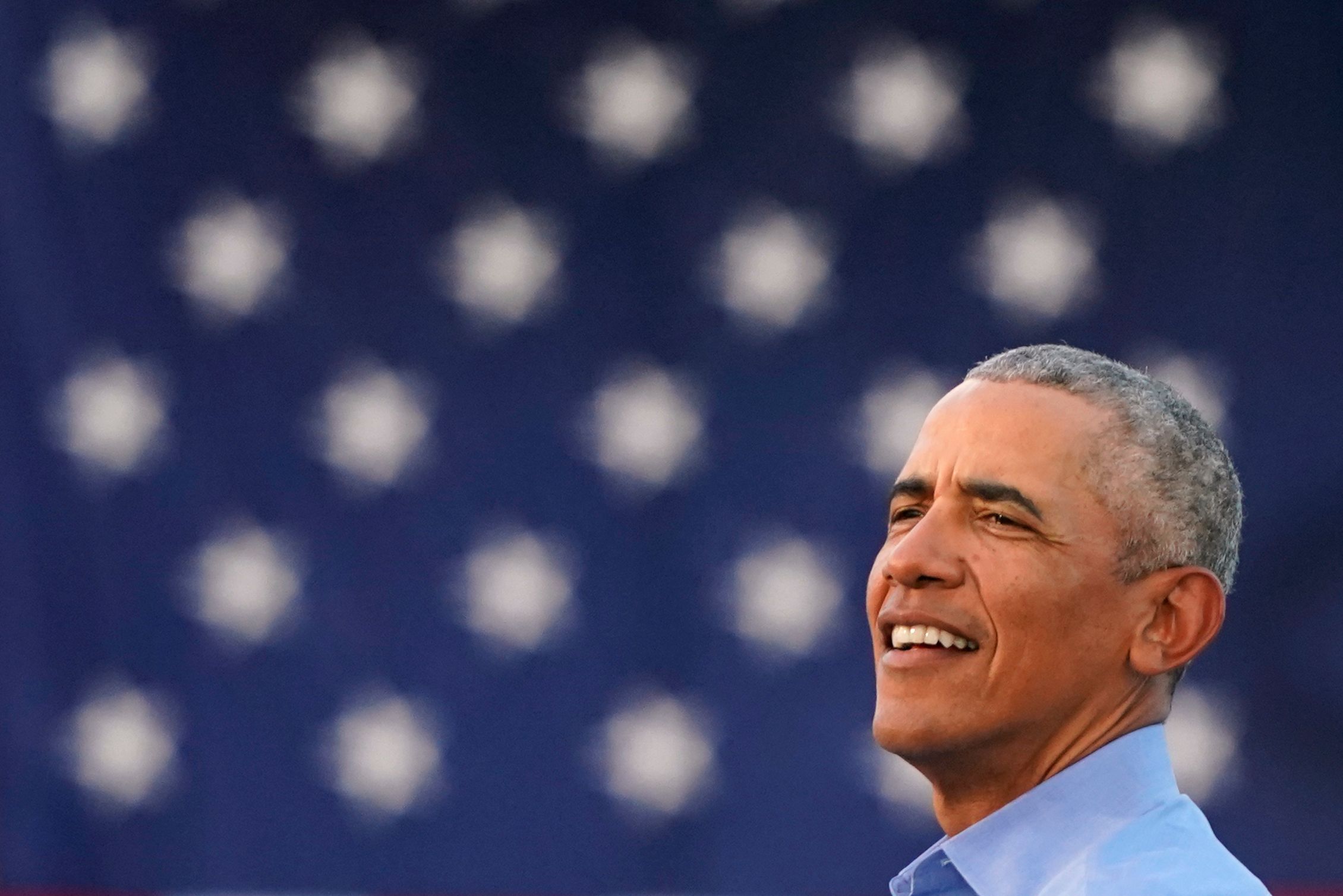 “Donald Trump isn’t suddenly going to protect all of us. He can’t even take the basic steps to protect himself.” Obama said noting that infections were rising again in the US.

Obama, who governed for two terms, told voters Biden will “not screw up testing” and he won’t “call scientist idiots.”

Adding his former vice president will get the pandemic under control. 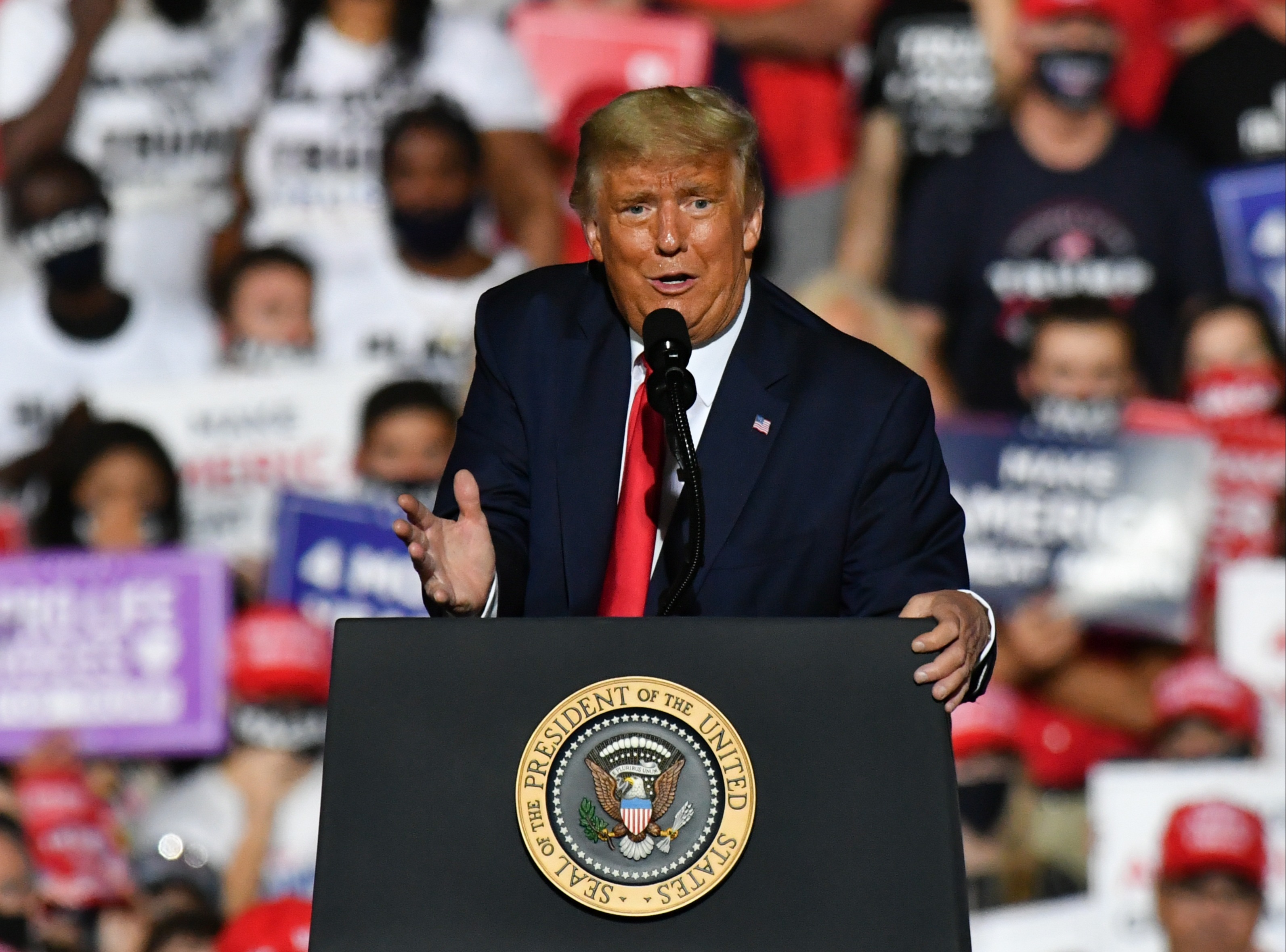 During his campaign in Gastonia, North Carolina, President Trump unleashed his own jobs at Obama, claiming the former president couldn’t help Hillary Clinton win – repeatedly referring to Obama by his middle name, Hussein.

“Obama’s now campaigning, even though he refused to support Biden. Even after Biden sort of semi-won. He wouldn’t do it. It took forever,” Trump told his supporters in Gastonia.

“But now he’s campaigning for him.”

Trump said he questioned if Obama hitting the trails for his former VP was “good news or bad news.”

“It was good. There was nobody that campaigned harder for crooked Hillary Clinton than Obama, right?” Trump said.

Trump added: “The only one more unhappy than crooked Hillary that night was Barack Hussein Obama.”