A bitter divorce between a top New York City spine surgeon and his beauty-queen wife was quickly settled Monday — after he made tawdry accusations in court papers that claim she was moonlighting as a high-priced call girl.

The swift settlement followed a stunning 264-page filing in Manhattan Supreme Court, in which Kim, 41, alleged that his 32-year-old wife had pocketed nearly $700,000 in cash from johns since their Nov. 27, 2015, nuptials.

Kim decided to file for divorce in December 2020 after finding a racy text message from another man on a computer in the couple’s Upper East Side home, according to the complaint, filed earlier this month in Manhattan Supreme Court.

The leading doctor claimed he learned of his wife’s alleged secret double life after they separated in April, becoming aware that she “has been exchanging sexual services for the receipt of money with multiple men” prior to and after their marriage, the filing alleges. 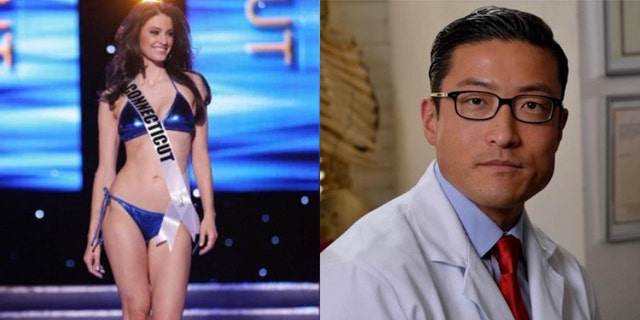 Turner’s alleged financial records showed $675,030 in cash deposits from 2015 to 2021 -— with many checks coming from a New Jersey real estate executive, as well as a lighting designer’s UK-based company, according to the document.

“It remains inconceivable to plaintiff that given his substantial earnings as a spine surgeon, and his enormous generosity to defendant, that defendant continued to sell sex for money during the marriage,” the complaint alleges.

Turner, who was crowned Miss Connecticut USA in 2011, allegedly covered up her secret sex work by telling her hubby she had a tech startup and was receiving venture capital funding, the documents say. She also claimed she had to travel for work or that she was going out with girlfriends, according to the papers.

Attorneys for Turner and Kim did not immediately return requests for comment Monday.