Nurses who worked ‘harrowing’ 13-hour shifts at an Essex hospital have been given parking fines because their car park can only allocate tickets for 12.

Senior sister A&E nurse Emma Chapman, 40, was met with two fixed penalty notices in a single week, totalling £80, as she arrived home from gruelling shifts at the Queen’s Hospital in Romford.

It comes as hospital staff already having to pay £12.50 to park at the site, with Ms Chapman revealing that her colleagues often receive parking fines.

The nurses are left fighting an uphill battle because their parking tickets last for a maximum of 12 hours, while their shifts often last beyond 13 hours. They are also unable to leave the hospital to move their cars in case of an emergency. 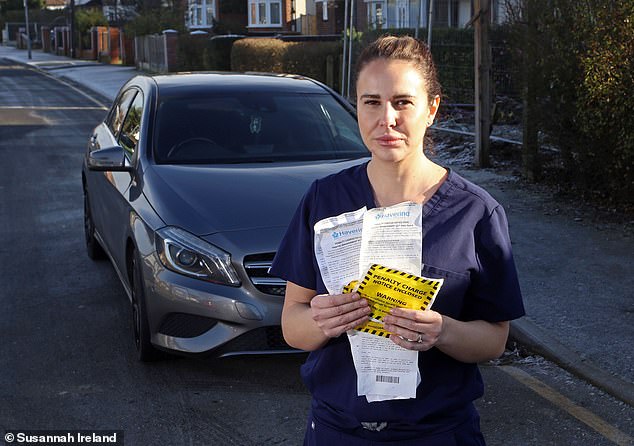 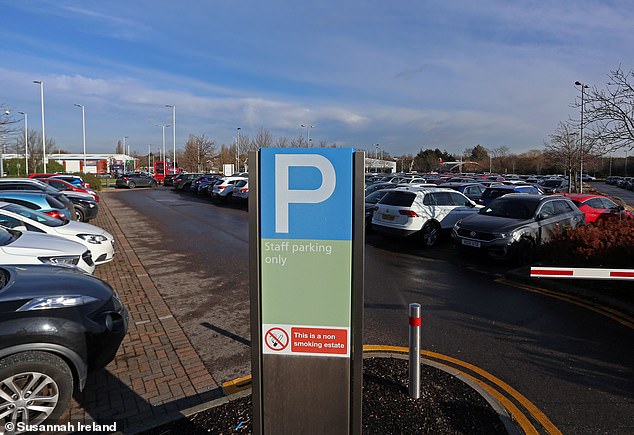 The staff car park outside Queen’s Hospital in Romford only allocates tickets for 12-hour periods, but shifts often go beyond this period

Ms Chapman warns that many nurses are already struggling to cover the cost of their parking tickets due to the cost of living crisis and the fines are compounding the issue.

She told The Metro: ‘When I came home after getting the ticket again, I was in tears because I was so angry that this keeps happening.

‘After a busy shift treating patients in corridors and feeling disheartened by not being able to give the proper care they need, to come out and see a parking ticket on your car feels so demotivating.

The nurse added: ‘Obviously, A&E and ITU nurses are not allowed to strike, but we do need higher wages to cover the cost of bills, and I’m even taking up extra shifts to be able to,’ she said.

‘To then see I have a parking ticket, it’s really disheartening, because I lose out on a good couple hours worth of pay to cover the cost of them. For the cleaners and porters, it means even more for them.’

Fortunately, when her husband Lee posted one of her parking fines on LinkedIn, random members of the public chipped into cover the cost of the £40 fine. 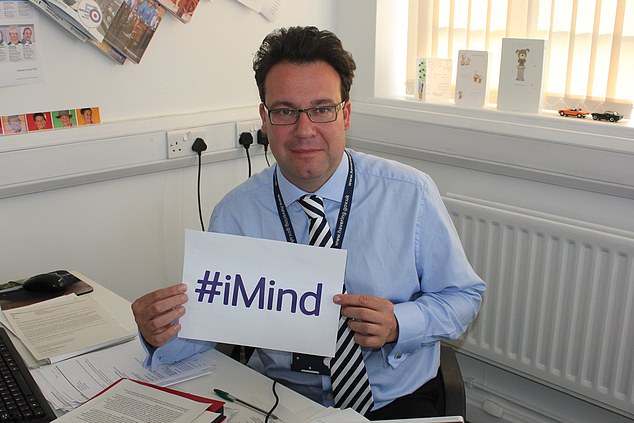 Chief executive Andrew Blake-Herbert (pictured) earns just under £200,000 as the council fights a £70m deficit over the next four years 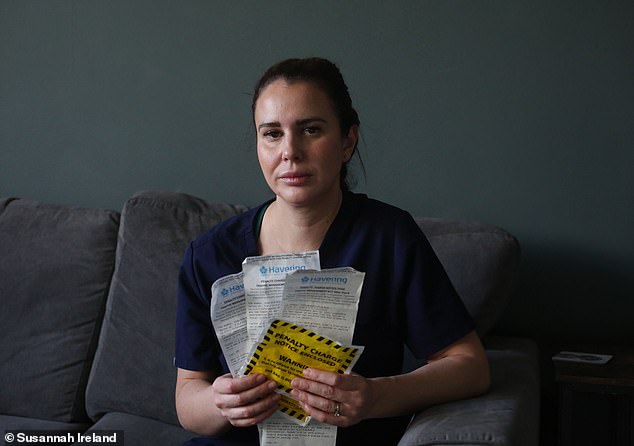 Mrs Chapman said: ‘I was amazed by the response on LinkedIn because I felt in the past that I hadn’t been listened to.’

She is now pleading to her local council to recognise the issue and make changes to the car park.

Meanwhile, chief executive Andrew Blake-Herbert earns just under £200,000 as the council fights a £70m deficit over the next four years.

Mrs Chapman added: ‘They only allow people to park up to 12 hours, whereas we are working 13-hour shifts, and I can’t just drop everything to move my car because I might be dealing with an emergency.

‘We are also trying to retain staff at the moment, especially as we have a lot of agency staff, and if they are getting fined that is not going to help.

‘I think the council needs to be more mindful that we are working shifts longer than the maximum length ticket.’

Council leader Ray Morgon said: ‘We appreciate all the incredible work our nurses are doing and we will act on this straight away.

‘We will carry out a review and see how we can resolve this situation for our nurses.’ 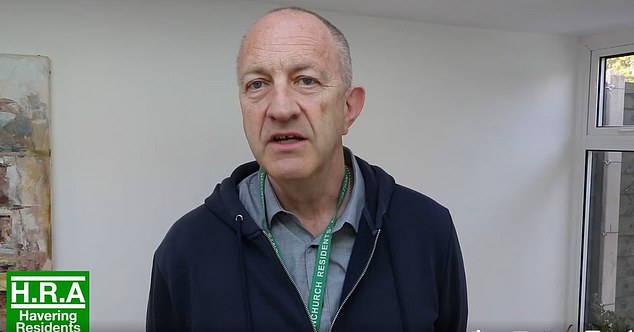 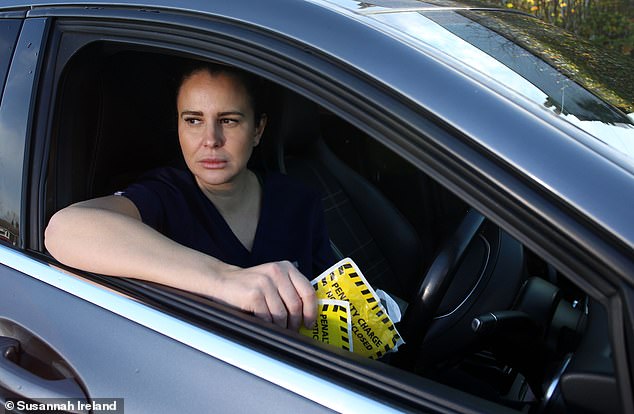 A spokesperson for the council added: ‘We understand that receiving a parking fine can be frustrating, but our enforcement officers can only work with the information they have.

‘In two of these cases, the resident paid for her parking in two to three-hour intervals using the parking app, and unfortunately the payment record hadn’t been updated on our enforcement officers devices in time, therefore PCNs were issued in error. These have now been appealed and cancelled.

‘The car park in question does have a 12-hour limit, which we understand can be difficult for some hospital staff.

‘We are currently speaking with the hospital to see what options we can put in place to avoid this issue in future.’