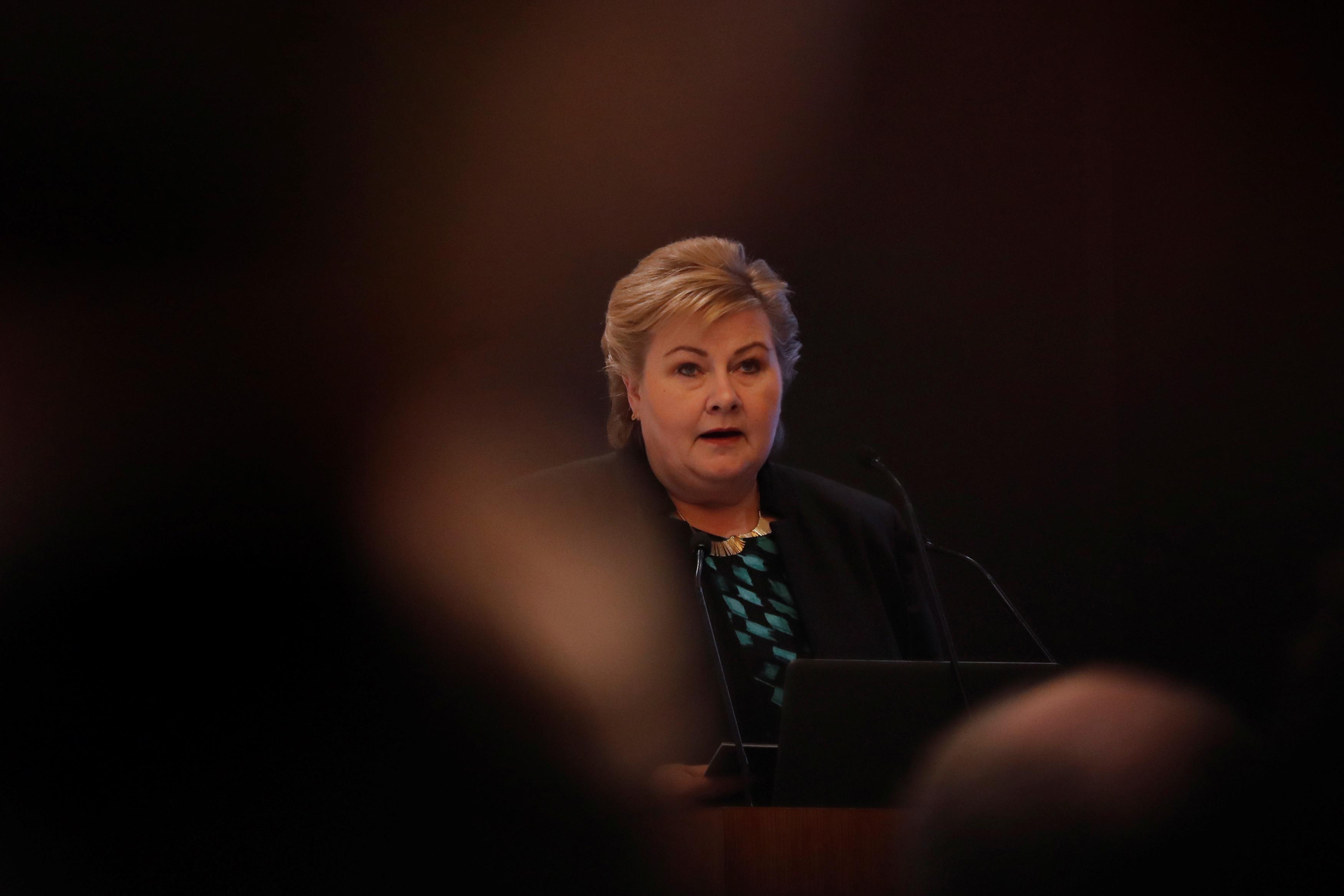 The agreement fulfils a long-standing goal of Conservative Solberg, in power since 2013, who hopes that a majority will provide stability and help ease her path to re-election in 2021.

“This is an historic day. Norway is getting its first non-socialist majority government since 1985,” Solberg said.

Norway has often been ruled by minority governments which are forced to seek support in parliament from opposition parties to pass laws. With a majority, Solberg will have more power.

“We had tough negotiations,” Solberg said, celebrating the pact alongside leaders of her existing partners the Progress Party and the Liberal Party as well as the Christian Democrats.

She said the government would focus on a “sustainable welfare society”, help combat climate change, reduce taxes for small and medium businesses, strengthen family and children’s rights, and ensure stronger security for all.

Among policies outlined in a new document by the expanded government, western Europe’s top oil and gas producer would continue to bar drilling around the scenic Lofoten islands in the Arctic until 2021.

The oil industry welcomed the government platform, which maintained tax breaks on exploration, among other things.

“We’re happy that the government continues the broad line of policy, securing jobs all over the country and vast income for society,” lobby group Norwegian Oil and Gas, which represents Equinor and other major producers, said in a statement.

The government also said, however, that it would focus more strongly on reducing greenhouse gas emissions to limit global warming. The 108-page policy document mentions the word “oil” 25 times and “climate” 102 times.

The three parties also agreed to a slight tightening of abortion laws at the demand of the Christian Democrats. It would seek to end a right for women who are pregnant with multiple fetuses to remove one of these to limit the number of births.

A more controversial proposal, that would have ended the right to late-term abortion in cases where a fetus is diagnosed with Down’s syndrome or other genetic conditions, was however rejected, the prime minister said.

The Christian Democrats had previously refused to enter government because of their opposition to the right-wing populist Progress Party.

The government made no major changes to guidelines for its gigantic trillion-dollar sovereign wealth fund, the world’s biggest.