At least nine people were shot, one fatally, across New York City on Saturday — capping another week of violence that saw triple the shootings compared to last year, cops said.

All but one of Saturday’s eight reported incidents occurred in Brooklyn — with six of the shootings in adjacent precincts in Crown Heights, Brownsville, Canarsie and East New York.

The day’s only homicide occurred in broad daylight Saturday afternoon outside the Fly E-Bike store located at 662 Nostrand Ave.

Cops said the deceased 23-year-old was shot in the left thigh and stomach just after 4 p.m. Shell casings and a bullet fragment were recovered at the scene.

Saturday’s gunplay began at 1 a.m., when an unknown assailant shot a 42-year-old man once in the right thigh at Blake Avenue and Miller Avenue, within the confines of the 75th Precinct.

Just 51 minutes later a 23-year-old man was shot in the right groin just a mile and a half away at 416 Chester Street within the confines of the 75th Precinct, police said.

Another man was shot once in the left leg at around 3:25 a.m. on Stanley Avenue in East New York.

The victim was “highly uncooperative with investigators” and declined police transportation himself to the hospital, NYPD said. 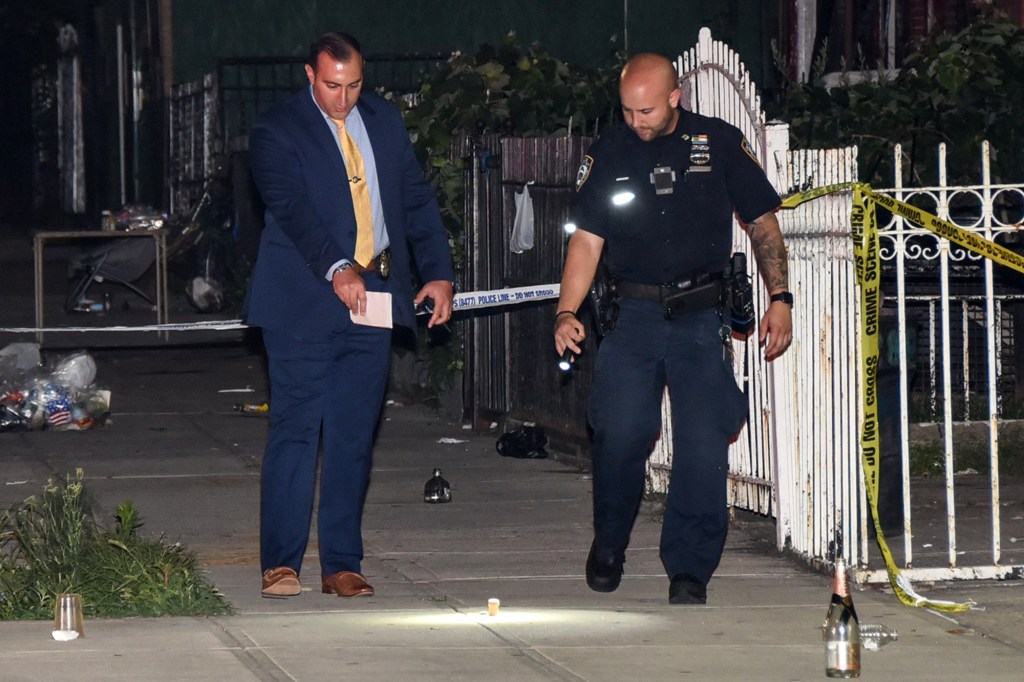 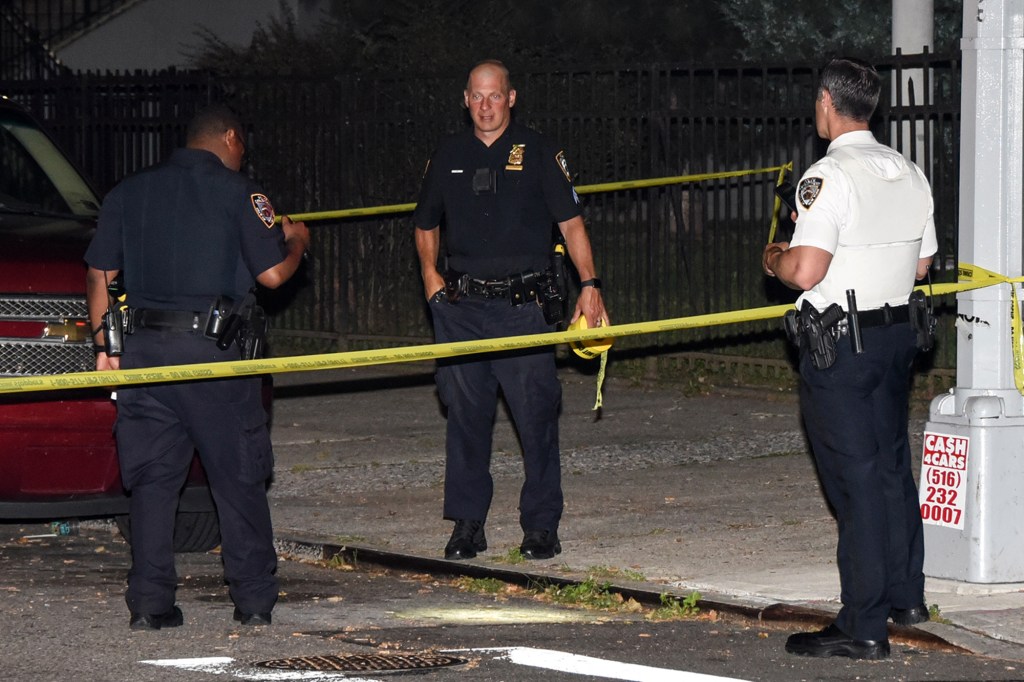