There are a lot of ways to make a million dollars. You could rise and grind for decades, get in early on a meme stock, take a trip to Vegas in an attempt to save your land that's about to be repossessed but then lose everything on roulette which leads you to accept a total stranger's "Indecent Proposal," or, if you're like one BetMGM customer, you could place a $50,000 wager on the Cincinnati Bengals to win the Super Bowl.

Big bets on the Bengals and Titans

At +2000, that $50,000 bet will yield a cool mil, should Who Dey Nation emerge from the postseason with the Lombardi Trophy. Twenty-to-one odds don't seem that long, considering the Bengals entered the season as +2500 underdogs to win the AFC North, after finishing 4-11-1 in 2020. Cincinnati clinched its division in Week 17 with a 34-31 comeback win over Kansas City and is the four seed in the AFC.

The AFC's top seed received some substantial speculative action of its own when a bettor at the Aria in Las Vegas placed $30,000 on the Titans to win it all at +1200 just days before Tennessee clinched home-field advantage in Week 18. The potential $360,000 payout isn't quite seven figures, but the ticket holder will feel like a million bucks if it hits.

Bettors like the Titans and Packers to make the Super Bowl

Both of the top seeds are commanding the most money, by far, to win their respective conferences. Thirty-six percent of the cash being wagered on AFC champ bets is on Tennessee. The next closest is Kansas City at 14%. In the NFC, Green Bay owns 40% of the handle, while Arizona is a distant second at 15%. A Titans-Packers Super Bowl matchup would be as big a liability for BetMGM as it would be for viewership numbers. 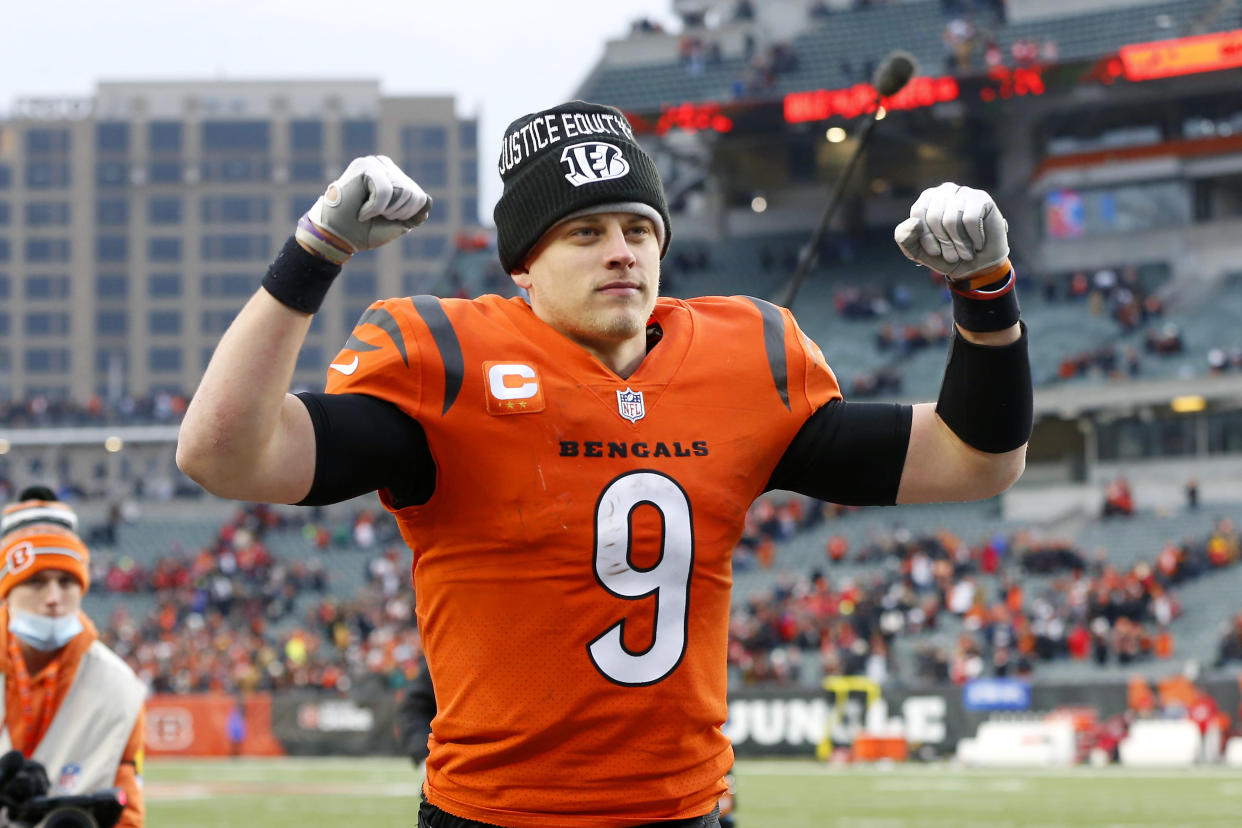 The most popular bet to win the Super Bowl this year is last year's champion. Nearly 10% of all tickets are wagering that Tom Brady and the Tampa Bay Buccaneers will repeat, followed by the Packers (9.5%), Rams (8.6%) and Cardinals (8.1%). The Chiefs come in fifth at 7.9%. America's Team is only the eighth-most popular bet to win it all at 5.9%, which means that either a lot of overseas money is coming in on other teams, or America doesn't believe in their Dallas Cowboys. Bettors have even less faith in the Niners, Bengals, Patriots, Steelers, Raiders and Eagles, all of whom are receiving less than 4% of action. Philadelphia is the least-bet team to win the Super Bowl, at just 1.5% of tickets.

Here are the current Super Bowl odds from BetMGM: