More than just a stereotype! British reserve is alive and well as new study confirms most Britons think they’re shy

Old stereotypes suggesting that Brits are introverted appear to have been borne out by a new study showing more than half would apply the tags ‘reserved’ and ‘shy’ to themselves.

A survey by data analytics team YouGov showed 60% of respondents described themselves as ‘reserved’, compared with only 31% who called themselves ‘outgoing’.

One in four Britons say they do not like who they are, the study suggests.

Men were more likely to say they were reserved, at 63% compared with 56% of women respondents. 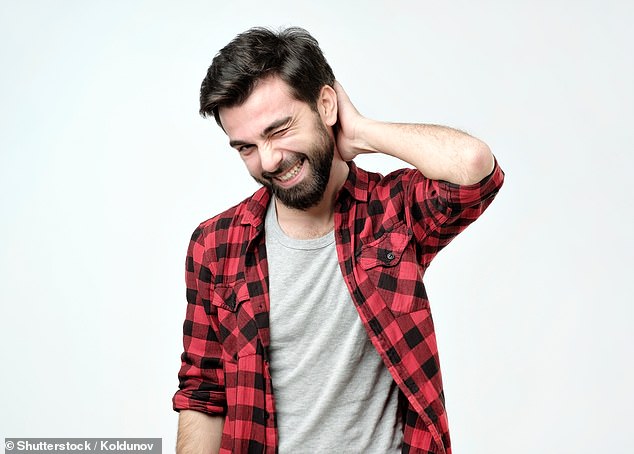 A survey by data analytics team YouGov showed 60% of respondents described themselves as ‘reserved’, compared with only 31% who called themselves ‘outgoing’

Older people were more likely to be extroverted than younger respondents, with 40% of the 55-plus age bracket describing themselves as outgoing, compared with just 20% among the 16-24 age grouping.

Meanwhile, 57% of respondents called themselves ‘shy’.

Bashfulness was more prevalent among the 16-24 age range, in which 66% felt they were shy, compared with 48% for those aged 55-plus.

On the question of whether Britons liked themselves, 73% responded in the affirmative, but 25% said they did not, the survey of 3,450 British adults found. 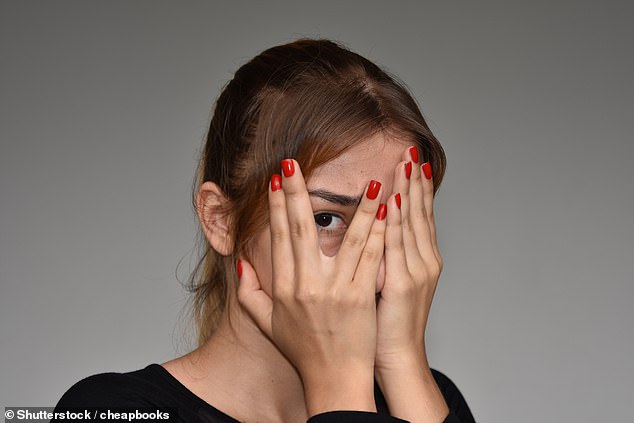 Bashfulness was more prevalent among the 16-24 age range, in which 66% felt they were shy, compared with 48% for those aged 55-plus

‘Younger people are much more likely than older people to say they aren’t happy with who they are, with three in 10 (31%) 16-24 year-olds saying they don’t like themselves most of the time, compared to just one in ten (10%) of those aged 55-plus,’ YouGov said.

The main factors influencing self-regard appear to be employment and relationship status.

A total of 43% of respondents who are not employed and not studying said they did not like themselves, while only 23% did not among those with jobs.

The survey also asked whether people thought they had a ‘strong’ or a ‘soft’ character. While 30% put themselves in the latter category, 62% called their characters strong, including 14% who said theirs was ‘very strong’.

Among those with soft characters, 88% called themselves shy, compared with only 34% of those with very strong characters.

Meghan Markle gave a commencement address on Wednesday as part of Immaculate Heart High School’s virtual graduation ceremony for the class of 2020. In a…