NHS launches ‘Help Us Help You’ drive to reassure non-Covid patients they aren’t a ‘burden’ – as figures show a shocking 110,000 people have waited more than a year for help 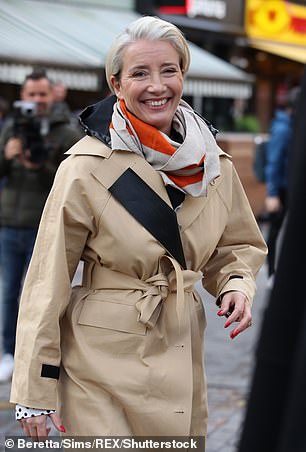 A major new NHS campaign urging the public to ‘Help Us Help You’ is being launched to combat the rising backlog of cancer cases caused by coronavirus.

Health chiefs in England will use a celebrity-fronted messages to tell people they will not be viewed as a ‘burden’ if they seek help for ailments unrelated to coronavirus during the pandemic.

The move came as the full impact of lockdown on the health service was revealed, showing more than 110,000 people have been waiting longer than a year treatment.

This number has increased almost 100-fold since February – the month before the Covid lockdown – when it stood at just over 1,100.

Overall, 4.2 million people are waiting for NHS care, with almost 2 million having waited beyond the 18-week target for routine treatment such as cataract operations or hip and knee surgery. And there are thousands fewer people being tested or treated for cancer than at the same time last year.

The waiting lists illustrate just how hard the NHS has been hit by the lockdown – and how it is struggling to clear the treatment backlog.

Charities say the delays – particularly in cancer treatment – are costing lives, while hundreds of thousands are facing winter in ‘excruciating pain’ waiting for help with treatable conditions.

Sara Bainbridge, of Macmillan Cancer Support, said: ‘Six months from the start of the pandemic, there were still thousands fewer people being tested or treated for cancer than the same time last year, meaning that the backlog of patients continues to grow. The implications of this are extremely worrying.’

Now celebrities including Gordon Ramsay and Dame Emma Thompson will appear in TV adverts, on billboards and in social media posts to urge people to seek help if they fear they may have cancer.

Speculation intensified last night over the introduction of new lockdown-style restrictions following another rise in cases. Despite growing scientific dissent over the effectiveness of lockdowns as a long-term strategy, one Government adviser warned that coronavirus was ‘holding a gun to Boris Johnson’s head’.

Mr Hancock said the country was at a ‘perilous moment’ in the pandemic, but many Tory MPs and experts are calling for a strategic rethink, warning that lockdown-style measures risk doing more harm than good to public health and the economy in the long run. Yesterday’s figures showed that 111,000 patients were waiting longer than a year for NHS treatment by August, compared to just 1,163 in February. It is the highest figure in 12 years.

The number of people waiting more than 18 weeks to start hospital treatment in England was 1.96 million in August, three times the number for August 2019. 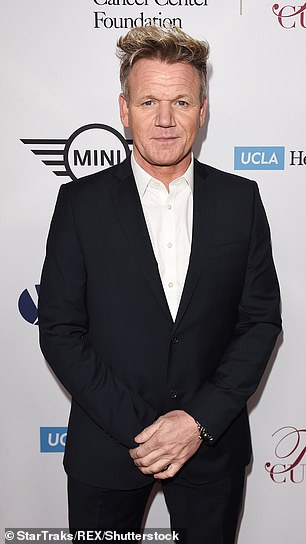 The figures also showed that A&E attendances remain low, with 1.7 million in September – 400,000 lower than a year ago. This suggests many patients are still avoiding seeking help because they are worried about being a burden or catching coronavirus in hospital.

Neil Mortensen, president of the Royal College of Surgeons of England, said: ‘The data shows what a mountain the NHS has to climb to get on top of the immense backlog of planned operations.

‘It is also of critical importance that patients continue to come forward to their GPs for referral if they are unwell; early detection of disease always makes for more effective treatment.’

Leading think-tanks said it was time for NHS officials ‘to be honest with patients and the public’ about the state of services. Others said the figures suggested the attempts to catch up with treatments for non-Covid patients had ‘hit a wall’.

The Help Us Help You campaign comes as new research found nearly half (48%) of the public would delay or not seek medical help at all in such a situation.

A fifth (22%) said they would not want to be a burden on the health service while a similar number said that fear of getting coronavirus or passing it onto others was a major reason for not getting help.

More than four in 10 people would leave it longer to get health advice than they normally would have before the coronavirus outbreak.

Ahead of the launch, chef Gordon Ramsay said: ‘As we head into winter, it’s really important that we remember that despite Covid-19, the NHS can still see us safely.

‘I was really pleased to help reassure the public and remind them that the NHS is here for them when they need it.’

NHS services have put a range of measures in place so that people can be treated safely throughout the pandemic, including Covid-protected cancer surgery hubs.

Almost one million people referred for cancer checks or have started treatment since the outbreak began.

Dr Nikki Kanani, GP and medical director for primary care in England, said: ‘Alongside treating 110,000 people with coronavirus, NHS staff have gone to great lengths to make sure that people who do not have Covid can safely access services.

‘So whether you or a loved one has a routine appointment, or a potential cancer symptom, our message is clear – you are not a burden, we are here to safely care for you so please don’t delay.’

Steven McIntosh, from charity Macmillan, said: ‘We cannot say this strongly enough: if you are experiencing any signs or symptoms of cancer – say you notice something new or unusual – we urge you to contact your GP straight away.

‘Delays to cancer diagnosis and treatment can make it harder to treat the cancer and can also reduce people’s chance of survival.

‘Don’t put it off, and don’t think you’re not a priority during coronavirus.’