Police searching for a missing schoolgirl, 15, who vanished a week ago release new CCTV of her with an older man at a railway station 250 miles away from her home town

A new CCTV image has shown a 15-year-old missing schoolgirl at a train station 250 miles away from her home.

Courtney Booth was reported missing just before 11pm on Saturday 22 September after she told her mother she was on the way home from Harrogate but never made it back to the house in Stainforth, Doncaster.

The teenager is believed to be with Tom Fallon, 25, and the pair were filmed together at Edinburgh train station last Sunday. 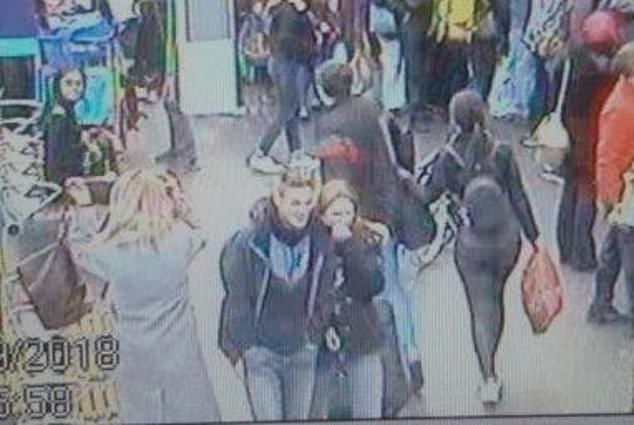 A new CCTV image of Courtney Booth, 15, and Tom Fallon, 25, has been released by South Yorkshire Police. The schoolgirl has been missing for over a week

The footage was recorded at 6.45pm on September 23 as they left the station on foot and a caught the X62 bus from St Andrews Bus Station at 7.30pm.

In the image Courtney can be seen holding her hand to her mouth and walking very close to Fallon, who is smiling with his hands in his pockets.

Superintendent Paul McCurry said: ‘This new information clearly leads us to believe that Courtney and Tom may still be in the Edinburgh area.

‘Courtney has now been missing for nearly a week and we know this is entirely out of character.

‘Please take a good look at the picture of them, have you seen them? If so, please get in touch. We need to know where she is.’

An image of Courtney and Fallon was released earlier this week and police are becoming increasingly concerned about her welfare. 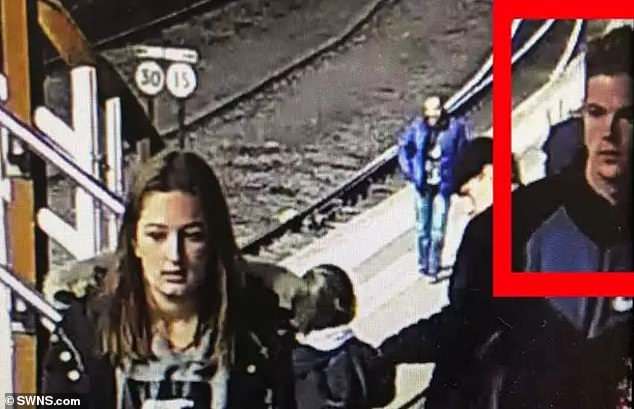 Courtney was reported missing after she failed to go back to her home in Stainforth, Doncaster on Saturday September 22. It is believed she is with Tom Fallon (right)

Police say inquiries carried out so far across Doncaster and North Yorkshire suggest that Courtney is in company with a 25-year-old man named as Tom Fallon from the Harrogate area.

Officers believe the pair are currently together, possibly in the Edinburgh area.

South Yorkshire Police said Courtney had never been missing before and concern was growing for her welfare.

Detective Chief Inspectpr Jo Bates, who is leading the search, said: ‘Courtney is known to have been in the York and Harrogate areas over the weekend… and was last seen at York train station at around 3.50pm on Sunday, boarding a train to Aberdeen.

‘There are a number of stops along the route and we are in the process of reviewing CCTV footage of each train station to establish where Courtney got off the train and where she then went.

‘It’s extremely unusual for her not to contact her family.

‘Clearly, we are extremely concerned for her welfare and would ask anyone who thinks they may have seen Courtney since she was reported missing to get in touch with us straight away.’

Courtney is described as white and slim with brown eyes and light brown shoulder-length hair.

Whilst in York, she was wearing blue skinny jeans, a black thigh length padded coat, with fur-lined hood, and grey and black jumper with a Nike emblem on the front in grey and white, and black trainers.

Anyone with information is asked to Doncaster Police directly on 01302 385137. If you know of Courtney’s current location please call 999 immediately.