Netanyahu vows to annex all West Bank settlements in bid to win nationalist support in Tuesday’s election – as he is accused by Turkey of turning Israel into a ‘racist, apartheid regime’

Israeli Prime Minister Benjamin Netanyahu has vowed to annex ‘all the settlements’ in the West Bank in an attempt to win nationalist support ahead of Tuesday’s do-over election.

Netanyahu announced his plans, which include annexing an enclave deep in the heart of the largest Palestinian city, in an interview with Israeli Army Radio on Monday.

‘I intend to extend sovereignty on all the settlements and the settlement blocs,’ he said, ‘including sites that have security importance or are important to Israel’s heritage’.

Asked if that included the hundreds of Jews who live under heavy military guard amid tens of thousands of Palestinians in the volatile city of Hebron, Netanyahu responded: ‘Of course.’ 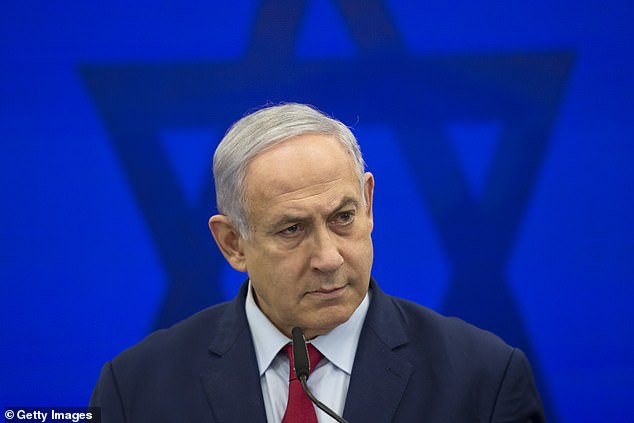 Israelis will head to the polls on Tuesday in the second election this year, after Netanyahu failed to bring together a coalition following April’s vote, sparking the dissolution of parliament.

Netanyahu has made a series of ambitious pledges in a bid to whip up support, including a promise to annex the Jordan Valley, an area even moderate Israelis view as strategic but which the Palestinians want as part of a future state.

The move alarmed Middle Eastern nations, European powers and Arab foreign ministers, with critics insisting his pledges, if carried out, would inflame the Middle East and eliminate any remaining Palestinian hope of establishing a separate state.

Speaking in Jeddah on Sunday, Turkey’s foreign minister Mevlüt Çavuşoğlu said Netanyahu’s ’embarrassing’ annexation plan was a ‘despicable’ attempt to earn votes ahead of Tuesday’s election, and criticised what he called a lack of reaction from other Muslim countries.

‘Israel, encouraged by the support of certain countries, is continuing its aggressive policies that are turning it into a racist, apartheid regime,’ Cavusoglu said.

‘If the whole Muslim community had reacted together, the reckless plans, policies and behaviour of the United States and Israel would never have reached this point’. 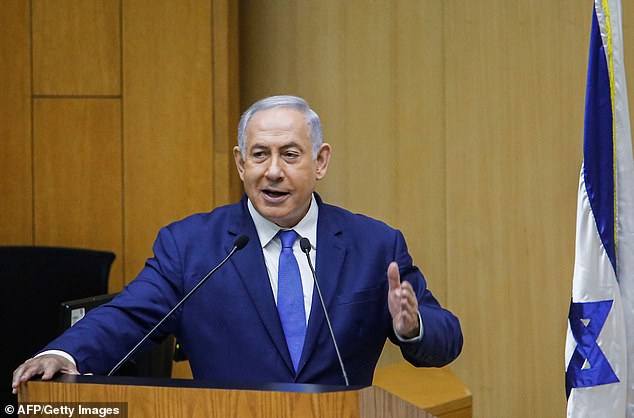 ‘I intend to extend sovereignty on all the settlements and the settlement blocs,’ he said, ‘including sites that have security importance or are important to Israel’s heritage’ 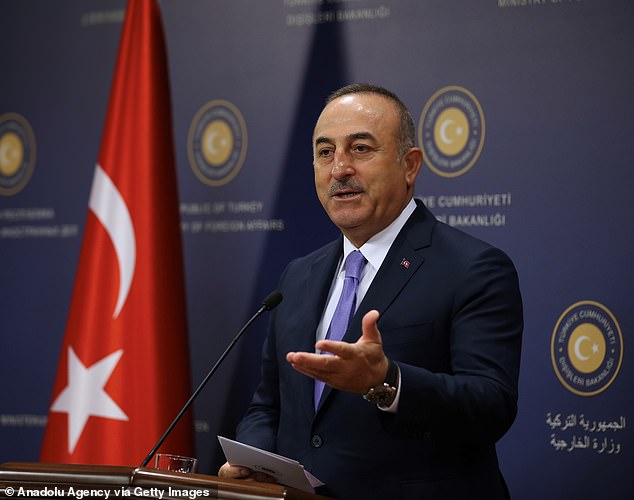 The statement comes after Netanyahu was accused of turning Israel into a ‘racist, apartheid regime’ by Turkey’s foreign minister Mevlüt Çavuşoğlu (pictured) on Sunday

Netanyahu’s caretaker government also met on Sunday in the Jordan Valley, a largely agricultural area which he announced on Tuesday he intends to annex if he wins a fifth term.

At the meeting, the government announced it had approved Netanyahu’s proposal to turn the outpost of Mevo’ot Yericho into a formal settlement – 20 years after it was established as a farming community in the Jordan Valley without state sanction.

During the meeting, Netanyahu said it would be up to the government formed after the upcoming election to grant final approval.

The timing of the cabinet’s move was widely seen in Israel as yet another bid by Netanyahu to swing support from small ultranationalist parties to his right-wing Likud in an election that follows an inconclusive poll in April. 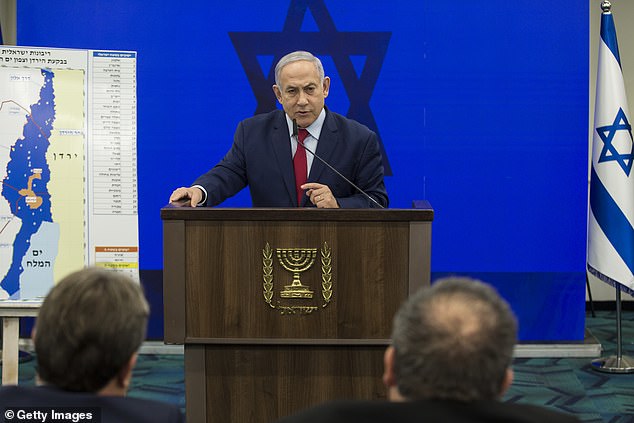 Israelis will head to the polls on Tuesday in the second election this year, after Netanyahu failed to bring together a coalition following April’s vote

‘The Palestinian people are the only decision-makers on their land,’ said Nabil Abu Rudeineh, a spokesman for Palestinian President Mahmoud Abbas.

Appealing to far-right voters and Likud’s own supporters to turn out in large numbers, Netanyahu has been portraying himself as being in lockstep with ultranationalists over retaining West Bank land through annexation.

Ballots cast for far-right parties, rather than for Likud, he has said, could deny it victory in a close race. In Israel, voters choose a party’s list of parliamentary candidates, rather than individuals.

Tuesday’s vote will largely be a referendum on Netanyahu, who this year surpassed Israel’s founding prime minister as the country’s longest-serving leader.

He has cast himself as the only candidate capable of facing Israel’s myriad of challenges. But his opponents say his legal troubles – including a recommendation by the attorney general to indict him on bribery, fraud and breach of trust charges – loom too large for him to carry on.