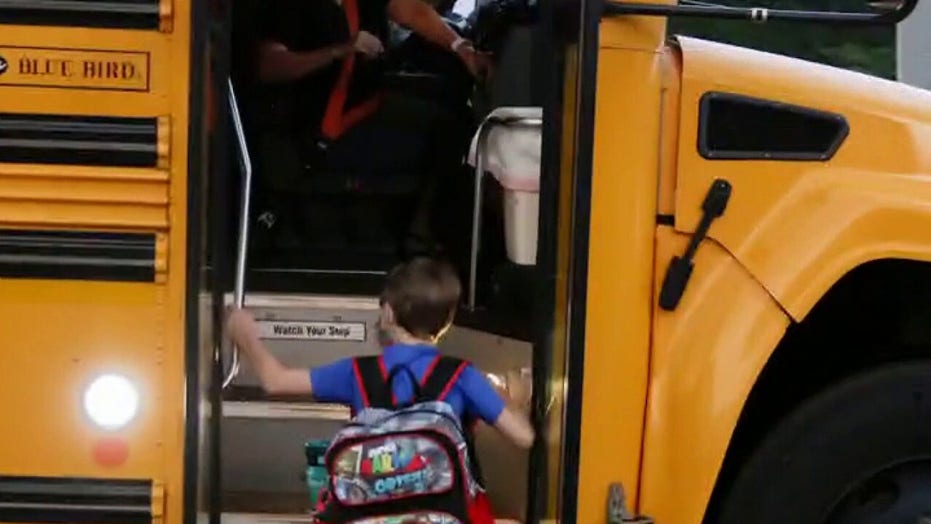 Local response to COVID-19, plans to reopen schools as cases in children rise

A Nebraska school district announced on Saturday that classes have been canceled after staff members tested positive for coronavirus, following similar closures in other states, according to reports.

Three staff members in the Broken Bow School District tested positive for COVID-19, with 24 more staff members in quarantine for exposure, superintendent Darren Tobey said in a statement. The cancellations only affect pre-school and grades 6 to 12, though, meaning elementary school classes can continue.

Tobey stated that the cancellations will last until August 21, meaning classes will resume on August 24. Additionally, students will be required to wear face masks until at least September 7, even for extracurricular clubs and school transportation.

The administration will review the policy in September, with a willingness to extend it.

The cancellations follow similar closures in Tennessee, Georgia and Alabama as students and staff were infected or forced to self-isolate, Reuters reported. States have the power to resume in-person teaching when districts deem it safe to do so, which has led to a range of responses.

McKenzie Special School District in Tennessee started with in-person teaching, but the school administration announced that it will transition to remote learning after two positive cases were recorded in the district, the Jackson Sun reported. In another district, South Haven Elementary School in Henderson County will close the building for 14 days after two positive cases among staff in the school.

“It is not so much the number of cases, but the number of students that are required to quarantine that has made our situation unmanageable,” McKenzie Special School District director of schools Lynn Watkins said in a release.

In an interview with KTAR News, Arizona school superintendent Kathy Hoffman on Thursday called the situation “toxic,” with some districts disregarding the benchmarks and reopening on Monday, “putting their staff and their teachers’ lives at risk.”

One such Phoenix district was forced to cancel its reopening after staff said it was unsafe and called in sick for Monday.