Though some thought NBC’s coverage of Mikaela Shiffrin’s emotional and premature end to her second straight Olympic race on Wednesday was insensitive and even sexist, the network is standing by it.

Shiffrin skied out of the women’s slalom, her best event, after just five gates. She then sat off to the side of the course with her head bowed, clearly emotional, for more than 20 minutes.

NBC aired all of it, including a teary-eyed interview after, as the competition continued without her.

NBC executive producer Molly Solomon told The Associated Press on Wednesday night that she had no regrets.

“We have an obligation in that moment, as the broadcaster of the Olympic games, to cover the moment,” Solomon said, via The Associated Press. “There’s no script when there’s a wipeout on the slopes or a fall in figure skating. We’re watching real people with real emotions in real time and we did everything we were supposed to do.”

Shiffrin failed to finish in both the giant slalom and the slalom, both events she was expected to contend for a medal in.

She had not failed to finish in back-to-back technical races since her first season on the World Cup circuit more than a decade ago.

Shiffrin is still scheduled to race in the downhill and super-G, but she’s obviously incredibly upset.

“There were some people who expected I might win, maybe hoped I might win,” she said Wednesday. “I know that, for the people working closest to me, we were all crossing our fingers, and also doing all the work I could possibly do to give myself the best chance.

“We came all this way. And we're not done yet. But GS and slalom, those were my biggest focuses. It really feels like a lot of work for nothing.”

Shiffrin talked with reporters and media members for about 40 minutes after Wednesday’s race, including on NBC.

Though her finish wasn’t what she had hoped, NBC’s coverage of it isn’t something Solomon is second guessing. She even pulled out a comparison to the Super Bowl in her defense, one that made a lot of sense.

“I’ve thought a lot about this, and if Joe Burrow or Matthew Stafford sit on the sidelines 22 minutes after the Super Bowl on Sunday, you can bet the cameras are going to stay on them,” Solomon said, via The Associated Press.

“Here we are in 2022 and we have a double standard in coverage of women’s sports. Women’s sports should be analyzed through the same lens as the men. The most famous skier in the world did not finish her two best events. So we are going to show her sitting on the hill and analyze what went wrong. You bet we are.” 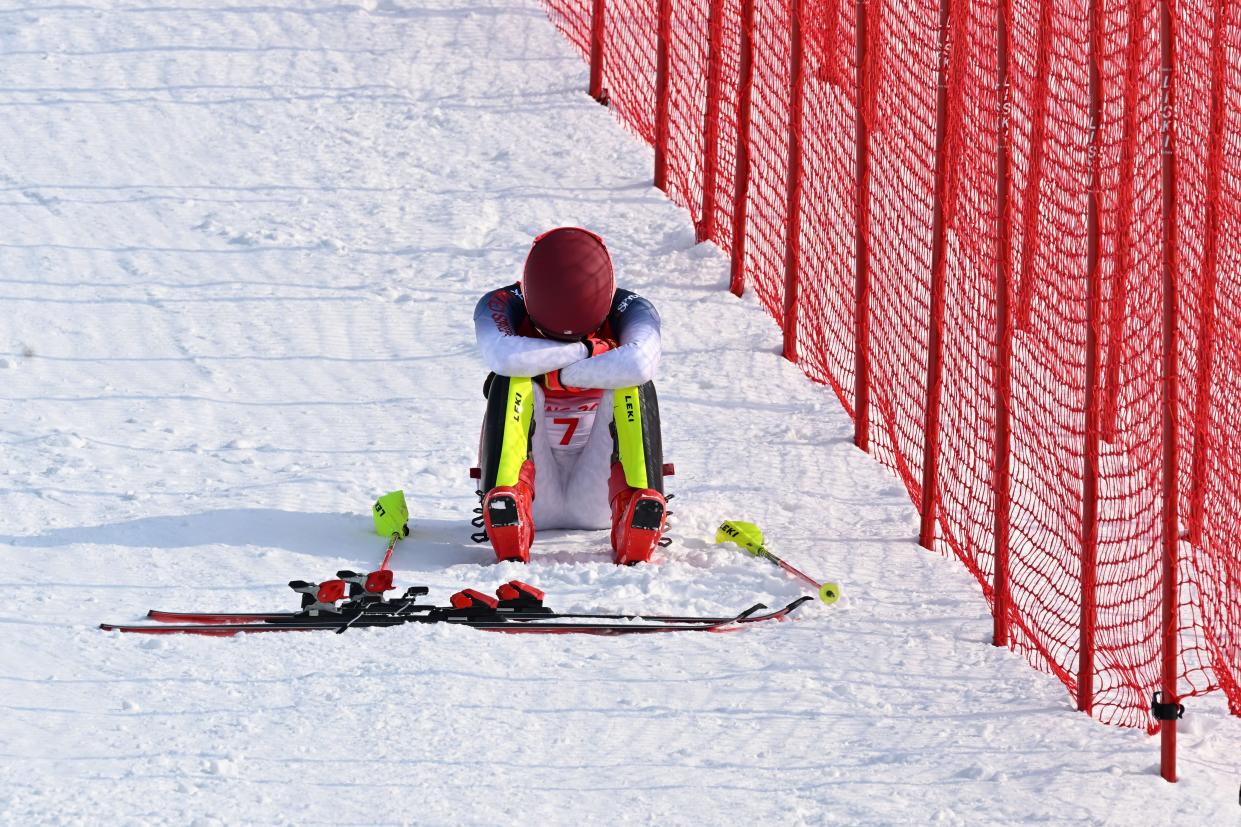