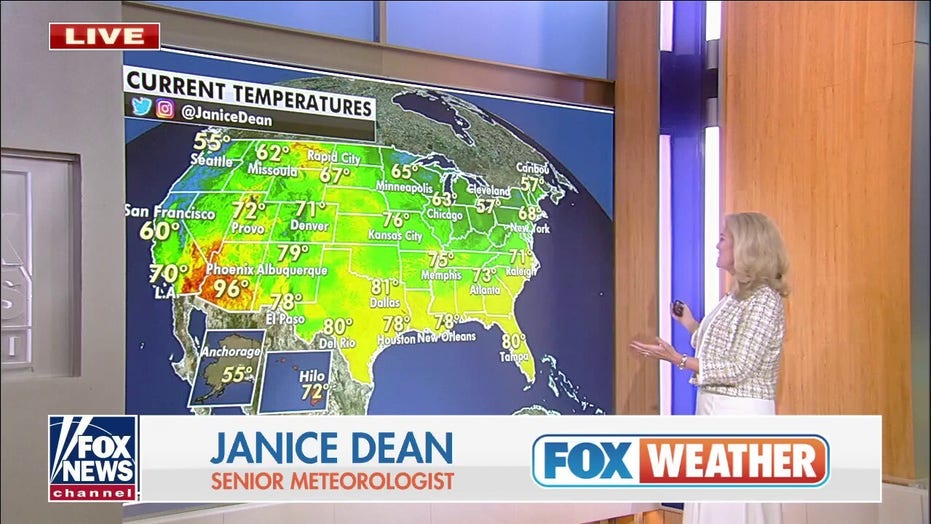 Excessive heat warnings and heat advisories remain widespread across the West over the next several days as daytime highs will reach into the 100s and 110s for many locations.

Phoenix will see highs above 115 degrees through the end of the week. 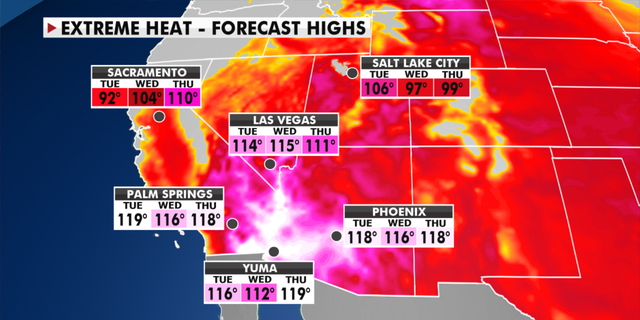 In addition to the scorching heat, red flag warnings are in effect as low humidity and gusty winds increase wildfire danger. 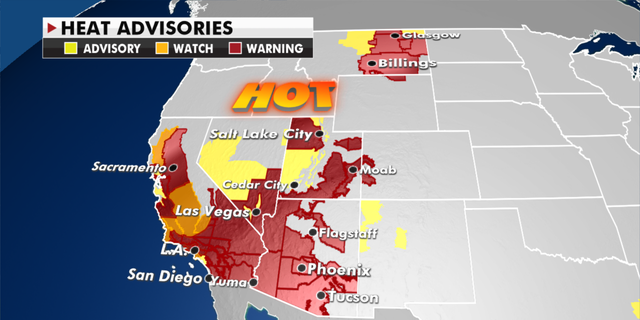 We are also watching the tropics this week with Tropical Storm Bill just off the North Carolina coast, moving out into the North Atlantic. 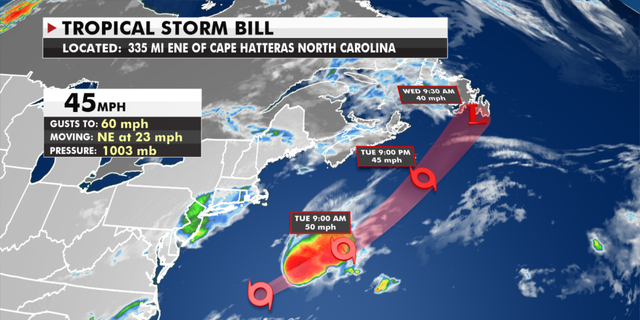 Bill poses no threat to the U.S. other than increased surf and rip currents along the East Coast.

We’re still watching the Southwestern Gulf of Mexico and Bay of Campeche for potential development later this week. 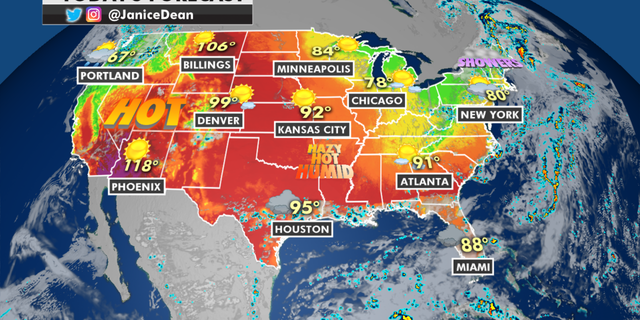 The Gulf Coast should keep an eye on any development and movement into the weekend.