National Trust opts to extinguish cigar sales at Winston Churchill’s Kent country home, after hosting a humidor in its Chartwell shop for more than a decade

National Trust has opted to extinguish cigar sales at Winston Churchill’s Kent country home after more than a decade.

Chartwell, the former home of Sir Winston Churchill, long displayed several of his trademark cigars balanced in ashtrays at his Kentish home.

The National Trust, who now owns the home, made Churchill’s fondness for a Cuban cigar a selling point for Chartwell.

On its website, cigars, which Churchill is expected to have smoked around 150,000 of during his lifetime, are listed as one of the top 50 objects to sum up Britain’s wartime prime minister.

The website reads: ‘No object more immediately connects us to its owner than Winston Churchill and his cigars.’

But now people wanting to puff on a Romeo y Julieta cigar can do so no longer after the National Trust decided to halt sales.

A drop in demand for the products has led to the National Trust decision to stop selling the cigars in their humidor at the Chartwell shop. according to the i. 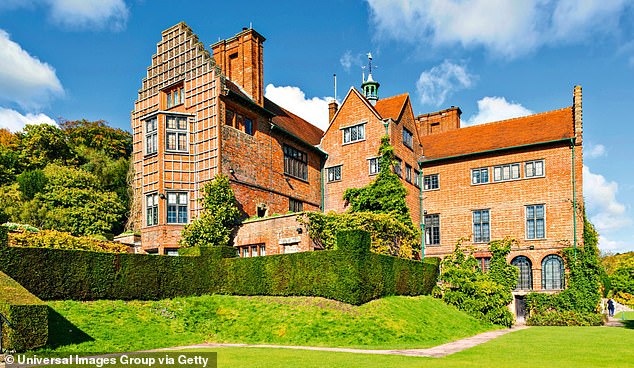 People wanting to puff on a cigar from the Chartwell (pictured) shop can do so no longer after the National Trust, who owns the building, decided to halt sales of the product

Churchill spent just a few months in Cuba, he almost immediately became hooked on one of its most famous products.

While he would sometimes smoke other brands, it was two Cuban ones, Romeo y Julieta and La Aroma de Cuba, which became his preferred cigars.

He puffed away through work, meetings and meals.

He sometimes let the cigars continually burn without inhaling them, which may have limited the amount of tobacco he was actually taking in.

Photographs of Churchill with his bowler hat and omnipresent cigars became commonplace, making it difficult to separate the man from his trademark accessories as his decades-long political career ebbed and flowed

In a statement, the trust said: ‘We regularly review products based on consumer demand, profitability and ethical sourcing.

‘Cigars were discontinued from the Chartwell shop due to low demand versus other products.

‘The Chartwell shop still stocks a wide range of products that celebrate Churchill and his remarkable legacy.’

Churchill is said to have discovered he liked puffing on Cuban cigars as a past time while under bombardment by revolutionaries during a visit to the island when he was 21.

It is estimated that the war time prime minister puffed up to eight cigars a day.

He sometimes only smoked the first few centimetres of a cigar before throwing it away or handing it to someone else.

Katherine Carter, the trust’s curator at Chartwell, said that the property’s gardener was among those who would smoke the excess tobacco in his pipe.

Cigars were a huge part of Churchill’s public image.

This was something he knew, according to Ms Carter.

She said it was something illustrated in an anecdote that arose from his 1946 ‘Iron Curtain’ speech in America against Soviet policy.

Ms Carter said:  ‘On the way, he called for the car to stop as they neared their destination.

‘He patted his pockets, pulled out a cigar and put it, unlit into his mouth.

He turned to a colleague and said ‘Never forget your trademark.’ Churchill is said to have discovered he liked puffing on Cuban cigars as a past time while under bombardment by revolutionaries during a visit to the island when he was 21. Pictured: Churchill puffing on a cigar

Mr Field, who wrote The Eccentric Mr Churchill and is a Cambridge academic, said that the statesman was a free marketer.

He added that he would have understood the National Trust’s decision in a bid to maximise profits as his own finances were often ‘parlous’ during his life.

The academic hopes that the National Trust at Chartwell can sell another product that Churchill loved such as whisky, Pol Roger champagne, Roquefort cheese or black cherry jam. 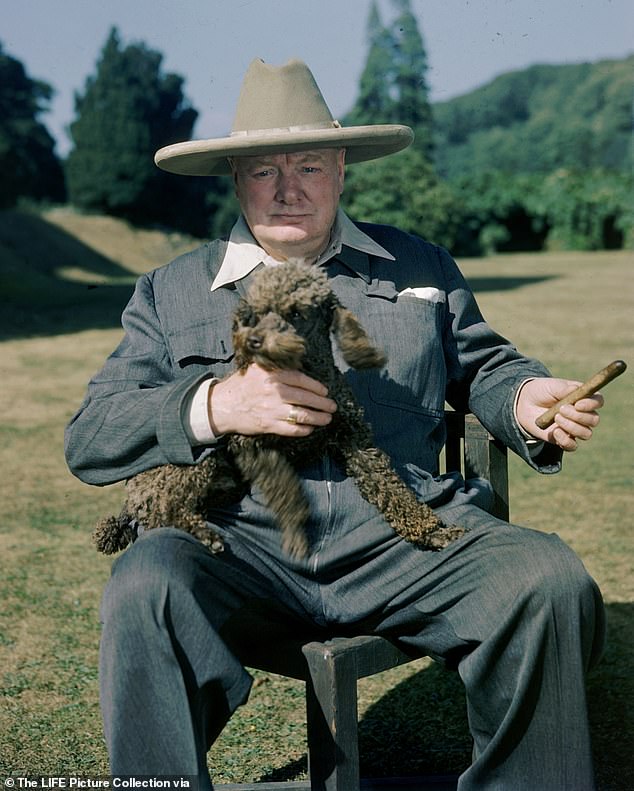 Cigars were a huge part of Churchill’s public image, something he knew, according to Katherine Carter, the trust’s curator at Chartwell. Pictured: Churchill holds a cigar at Chartwell