EXCLUSIVE: ‘My father would never have harmed my mother or failed to save her.’ Natalie Wood’s daughter opens up for the first time to defend dad Robert Wagner, claiming the actor had nothing to do with the icon’s mysterious death

The daughter of Natalie Wood and Robert Wagner is opening up for the first time about her famous mother’s death and defending her actor father suspected of killing her.

Screen legend Natalie Wood was found floating face down off the coast of Catalina Island in the Pacific Ocean in November 1982. She was on a weekend boat trip with her husband Robert Wagner and actor Christopher Walken in what remains one of Hollywood’s most enduring mysteries forty years later.

Wagner, called RJ, took the heat for his wife’s death with spurious charges that he had hit her, knocking her into the water and callously leaving her to drown – although the coroner closed the case ruling Natalie’s death an accident with no evidence of foul play.

For years his life was ‘marred by trumped up scandals and accusations,’ writes Natalie’s daughter Natasha Gregson Wagner in defense of her father. ‘My mother no longer has a voice of her own but I do and this is what I know – RJ loved Natalie ”more than love”.’

‘No one in my world questioned my dad’s love for my mom or his utter despair at her loss’, the 49-year-old writes in her new book, More Than Love, An Intimate Portrait of My Mother, Natalie Wood, out May 5. 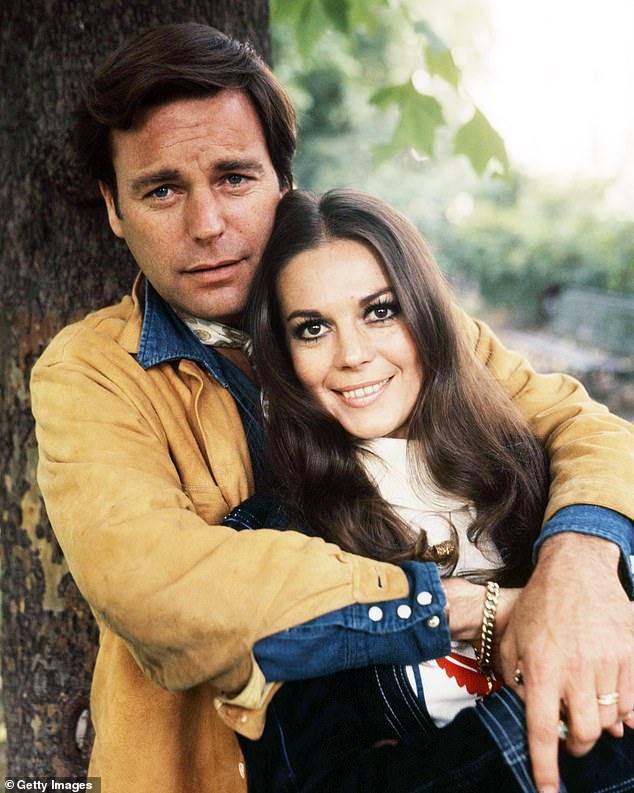 Natasha Gregson Wagner, 49,  is the daughter of Hollywood icon Natalie Wood and Robert Wagner and was only 11 years old when her mother died

‘We can never know with complete certainty how my mother ended up in the water.

‘I focus on the things I do know – My father would never have harmed my mother or failed to save her if he knew she was in danger,’ writes Natasha, who was just 11 when her mother died.

And I focus on my love for my mother, my dad, my family’, Natasha writes , the first time she has voiced her feelings publicly.

‘My mother was not a tragic, doomed person. Her life was devoted to her art, her children, her husband and her heart. 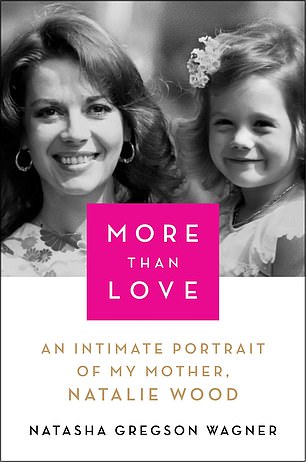 The 49-year-old has opened up for the first time since her mother’s 1981 death in her new book More Than Love, An Intimate Portrait of My Mother, Natalie Wood

‘This is how she would have wanted to be remembered, not as someone defined by her death, but by her life’.

The 30th anniversary of the tragic event in 2012 brought up the agony of the case again with a changed testimony by Dennis Davern, former deckhand on the Splendour and the only other person on board with RJ, Walken and Natalie.

He was promoting a book and claimed he was part of a cover up orchestrated by RJ.

Their family publicist called the charge ‘total bullsh*t’ and refused to respond.

Authorities again stated Wagner was not a suspect and after the accident, the Splendour was sold.

Natalie’s sister, Lana, hit RJ up for money and when he refused, she sold a scandalous story to TMZ.

RJ had already given her money to send her daughter to college but Lana used it for plastic surgery.

Both were looking for money in the guise of crying ‘justice for Natalie,’ Natasha claims.

On that fated weekend, Natalie had asked Natasha, Courtney, her other daughter and Katie, Wagner’s daughter from his first marriage, to go but no one wanted to -choosing to hang with their own friends, she writes.

Natasha didn’t want to go and she didn’t want Natalie to go, either. Her internal conflict of clinging to Natalie had sent her to a therapist at age nine to deal with separation anxiety.

‘I just asked her to stay home. I just knew I wanted her to cancel the trip and stay home’, writes Natasha. ‘The weather and the mood felt dangerous to me. I was crying; my heart was pounding. I could hardly breathe’, Natasha says.

But Natalie assured the young girl that she was coming back home from the booze cruise over to Catalina on the yacht, the Splendour. The party continued at a local bar on the island, 26 miles across the sea.

Back on the boat they had more wine before Natalie retired to her cabin with a blood alcohol level of 0.14. 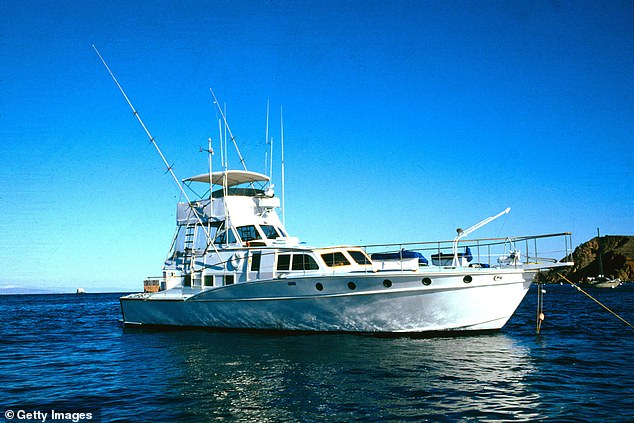 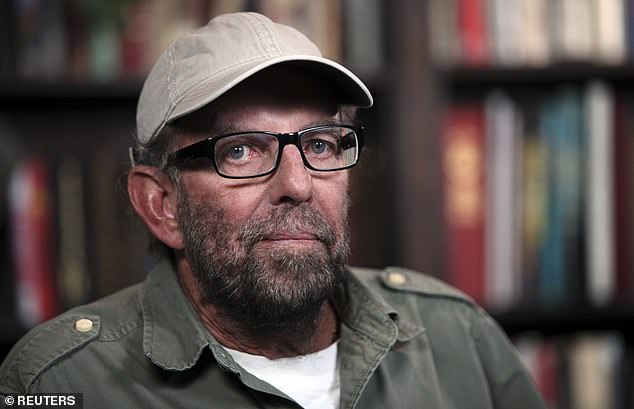 Dennis Davern, former deckhand on the Splendour and the only other person on board with RJ, Walken and Natalie,  claimed he was part of a cover up orchestrated by RJ

Christopher Walken was Natalie’s new friend and co-star of a sci-fi feature she had just signed on to called Brainstorm.

Things got testy between the two men when Walken told Wagner what a great actress his wife was and she should continue acting. 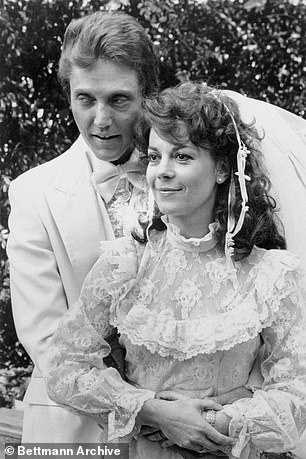 Wagner smashed a wine bottle down on the table and told the actor to stay out of her life. She was also a mother with three children.

The two men moved out on the deck and calmed down in the chilly night air.

When Wagner finally retired and did not find Natalie, he radioed for a shore boat to take him to Catalina to look for her in local pubs.

With still no sign, the Coast Guard was called.

Four hours later, search and rescue choppers found the dinghy in a cove off Catalina.

Natalie’s body was recovered in the water off the coast after two more hours, still clad in her nightgown, red parka and socks – all waterlogged.

The coroner, Thomas Noguchi and Sheriff’s Department detective surmised that Natalie had gone down to fasten the dinghy that was knocking against the boat and slipped on the wet swim step.

Her death was ruled an accident with no evidence of foul play and the case was closed.

In the weeks that followed her death, RJ tried over and over to make sense of how she got into the water.

‘He kept asking if there was anything he could have done differently,’ Natasha writes. ‘The only thing he could come up with was that Natalie must have tried to secure the dinghy to starboard’. 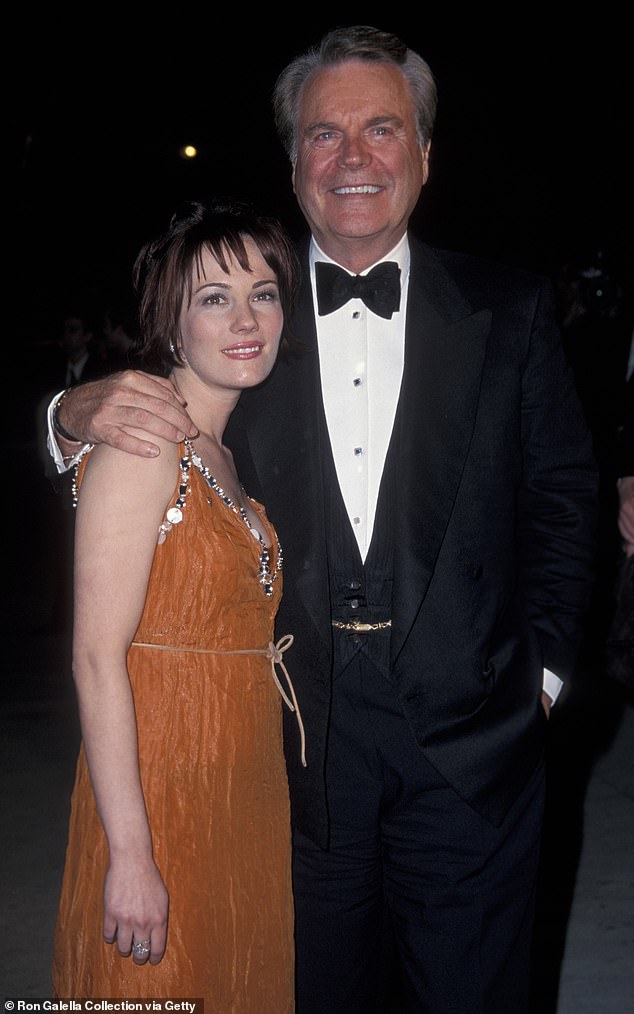 Natasha is defending her father in the book, writing: ‘We can never know with complete certainty how my mother ended up in the water’

Natasha decided that she had to see her mother’s body in the coffin to be able to get through the heartache and she wanted to see her alone.

‘The dead body didn’t look like my mother. Her skin was now rubbery, her face harder and her nose too pointed,’ she writes of seeing her mother’s lifeless body.’ The warmth and light and coziness had been sucked out of her, her makeup hadn’t sunk into her face and sat on top of the skin.’

Her face was like ‘a translucent mask that didn’t quite cover up a small bruise on her forehead and another one near her cheekbone’.  Natalie’s hair had become matted being in the water so long.

Natasha had written a letter to her mother, she explains. She lifted her mother’s cold, heavy hand and placed the letter underneath. She told her how much she loved her and missed her.

‘I really don’t know where you are now but I’m going to stay in touch with you,’ she writes.

RJ rarely left his room after the funeral and was living one day at a time. Nothing eased his pain.

‘Mommie had been our wizard and fairy godmother,’ she writes. ‘She was our everything. Without her all the color and sunshine seemed to have gone out of our home’.

Even President Ronald Reagan called with his condolences.

‘There were the drinks, the nuts in silver bowls on the bar. It was like the biggest party we had but this was not a celebration’.

Natalie always needed to be around people and there was always a party at their house with close celebrity friends Bette Davis, George Segal, Gene Kelly, Gregory and Veronica Peck, Fred Astaire, director Elia Kazan, Ruth Gordon – and always a lot of alcohol.

‘It was part of what made our household so lively and festive’.

‘Like the nuts and cigarettes in the little silver cups on the bar, alcohol was always present at home’.

Drinking was considered an everyday pastime in Hollywood.

Natalie drank only white wine spritzers but Natasha always knew when her mother had too much and didn’t react to the little girl tugging on her skirt.

Or when her voice became slurred like there were cotton balls inside her cheeks. 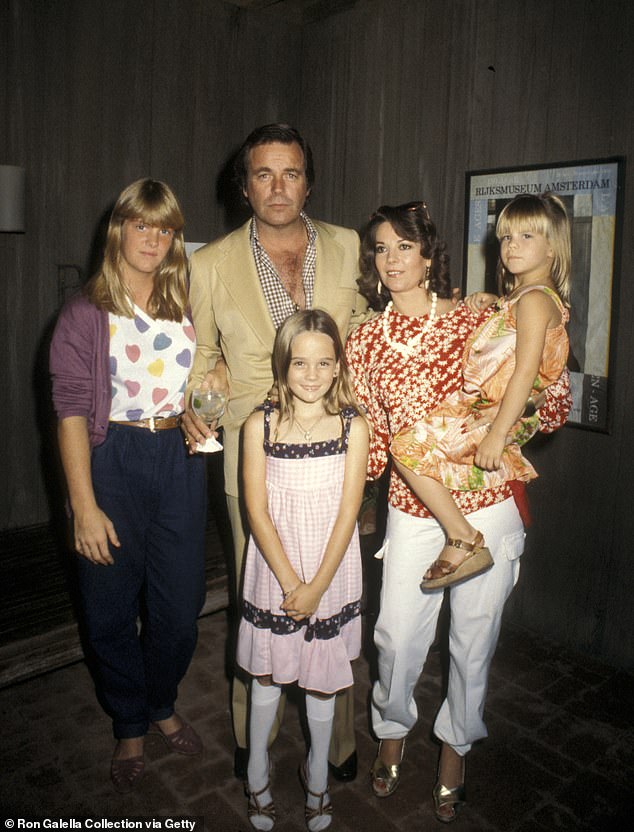 ‘Our lives would have stayed intact instead of being smashed into a million pieces and scattered to the wind,’ Natasha writes of her mother’s death

Natalie was offered a free trip to Acapulco after making a commercial for a Mexican clothing company and got so drunk she fell over and passed out on the floorboard of the Jeep.

Natalie had recently told RJ that it was time to take a break from booze, but that decision came too late. 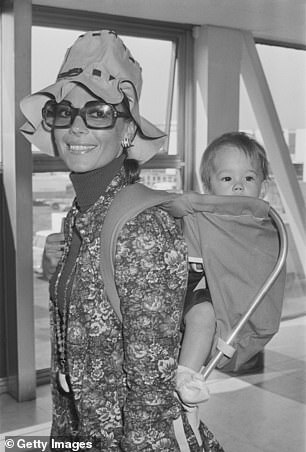 ‘Mommie had been our wizard and fairy godmother,’ she writes. ‘She was our everything

Natasha dealt with the loss that she feared for eleven years by doubling down on obsessive nightly rituals she had learned from her superstitious grandmother.

She lined up all twenty some of her stuffed animals in a row and positioned her Barbies perfectly in their Barbie Dream house.

She said a prayer asking God to keep her mother safe and then walked one complete circle around the bed before turning off the light.

Her anxieties surfaced for years but she was finally able to look through Natalie’s remaining possession in storage – her collection of monthly notebooks where she kept detailed notes.

Natasha pursued acting but anguished she felt she wasn’t as beautiful as her mother nor had the same talent.

She came through it all with a wonderful husband and a daughter of her own.

‘My parents were not perfect like I thought they were and that was ok,’ she writes. ‘Sometimes on a rainy morning I can still hear her voice talking to my dad’.

‘Our lives would have stayed intact instead of being smashed into a million pieces and scattered to the wind’.

‘There were so many questions I wanted to ask her, so much to say’.

Wagner is now 90 years old and lives in Aspen.

‘Time has not dulled the pain in his eyes or his when he talks about losing our mom,’ Natasha writes. ‘It is not an exaggeration or a cliché to say that a part of him died along with her that night’.

‘To resume my life as if I hadn’t lost the most important person in it would have been to live an impossible lie. But these are the pieces of my life and this is how I have arranged them’, Natasha concludes.