SMILING proudly beside her beautiful baby daughter, Amelia Arnold is the picture of a doting teen mum.

Yet within months of this joyful snap being taken, the 19-year-old was brutally bludgeoned to death with a dumbbell in front of her little girl. 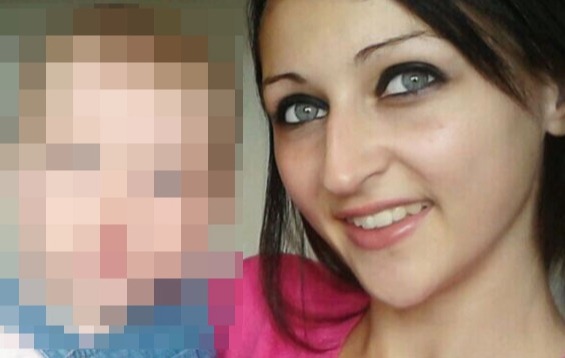 Amelia, who "absolutely loved" motherhood, was murdered by her abusive and controlling boyfriend Jack Wall after she bravely decided to leave him.

Bludgeoned in front of her baby girl

In an attack too horrific to comprehend, Wall battered her with a dumbbell eight times in front of their 11-month-old child at their Hertfordshire home.

When he thought she was 'playing dead', he then strangled her – before tying up her body with PlayStation wires and dumping her in woodland.

For Amelia's heartbroken family, the November 2012 killing – which saw Wall caged for 19 years – ripped away the life of their "loving, funny" girl.

It also left Amelia's baby, who was about to turn one, parentless. 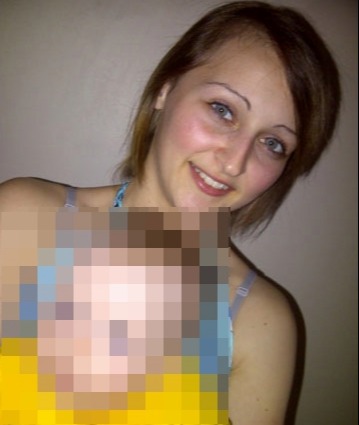 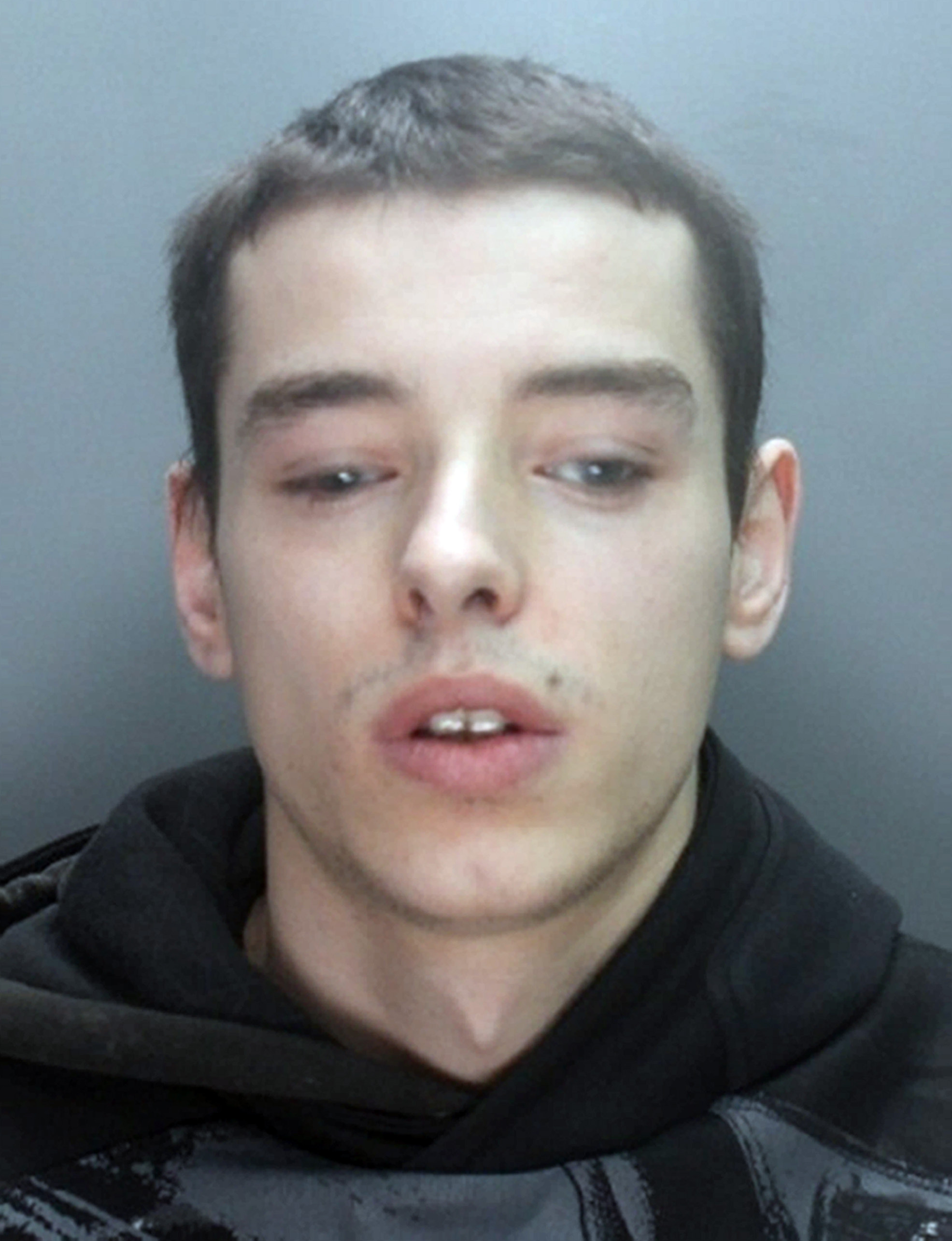 Now, almost eight years on, Amelia's dad Laurence Arnold has spoken out about his daughter's murder at length for the first time to raise awareness of domestic abuse – as Brits are plunged into new lockdown measures.

"My daughter was killed and then she was buried in the woods," Laurence, a Freemason who lives near Eastbourne, East Sussex, tells Sun Online.

"I didn’t know exactly what had happened until the trial, where they said she’d been beaten to death and she’d obviously tried to protect herself."

He adds: "Her daughter was there – she was in the same room. I don’t know whether Amelia was holding her, whether she’d run to Amelia…

"Amelia was looking forward to having her daughter’s first birthday. 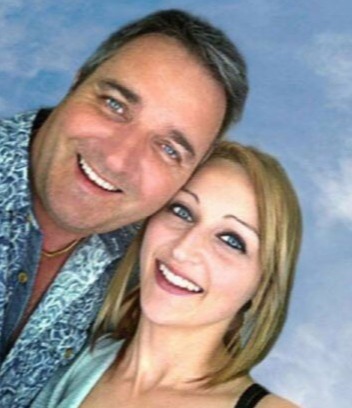 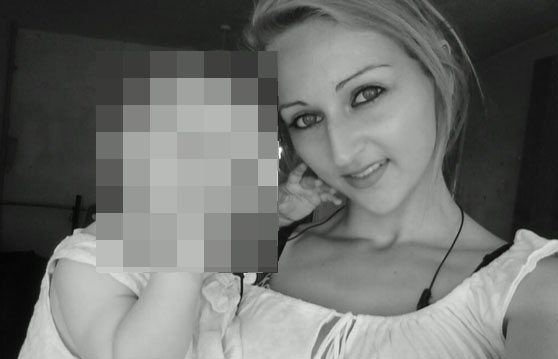 Domestic homicides, and calls to helplines, have surged during the Covid crisis, with many victims now trapped at home 24/7 with their abusers.

In the first few weeks of the national lockdown alone, suspected domestic abuse killings shot up by a horrifying 160 per cent, with 16 deaths.

And with a strict three-tier lockdown system coming into force this week – and unemployment rates spiking – it's feared the toll will only rise.

Like many domestic abuse victims, terrified Amelia had suffered in silence, pretending the bruises on her face were from household accidents.

Threatened by Wall into keeping her abuse a secret, she'd assure loved ones: "Oh, I was doing my hair and Jack tripped over my curling tongs."

“She didn’t talk a great deal about him," Laurence, 55, recalls.

"She certainly never said he was abusive or anything like that. If I knew what he was like, obviously I wouldn’t have allowed her to stay there." 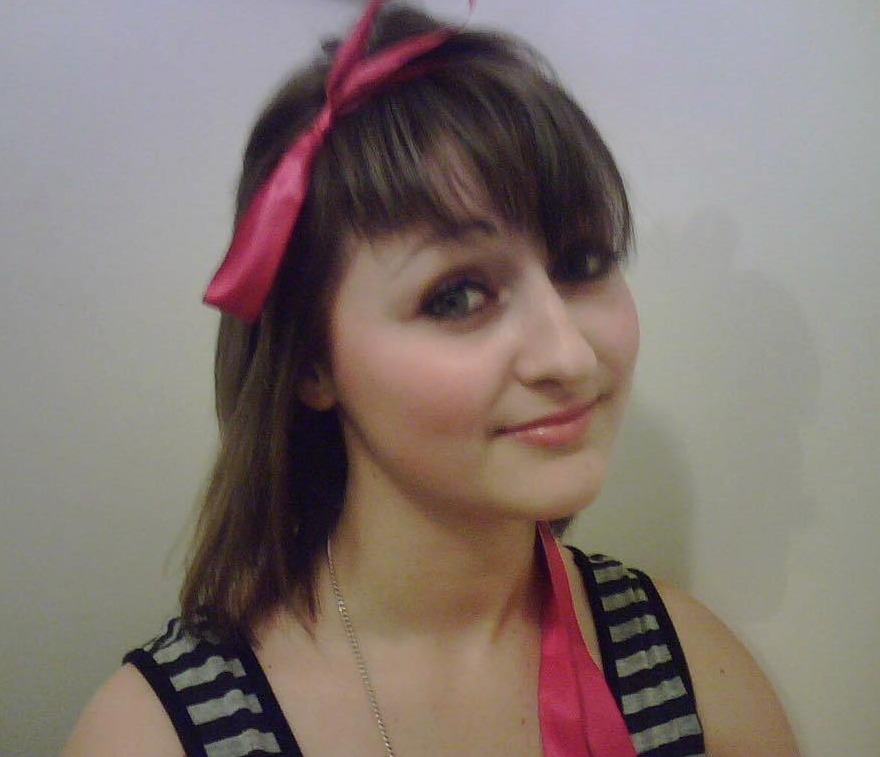 The grieving dad – who has been supporting women's refuges during the pandemic – adds that domestic abuse"happens a lot more than people realise".

“The recent figures are shocking," he says.

"If there are this many homicides going on, I don’t know how many people are just suffering the abuse. It doesn’t bear thinking about.”

From happiness to horror

Amelia, an "outgoing comedian" and former hairdresser, had moved into her own place with Wall after giving birth to their daughter in 2011.

She was "completely smitten" with her partner, but relatives noticed her personality change, as she became angrier, stressed and lost weight.

They also witnessed Wall behaving oddly: while Laurence often visited Amelia and his granddaughter, he says he only ever met Wall once.

“He was never there. I’d go round and [Amelia] would say he’s shut himself in the toilet or something weird like that," recalls the dad of four.

"He was only there once by mistake.

"I put my hand out to shake his hand and he just didn’t want to know."

NEARLY one in three women in Britain will experience domestic abuse in their lifetime.

For around two a week, the abuse proves deadly (this figure spiked during the national coronavirus lockdown in March, with 16 deaths in three weeks).

Domestic abuse can include – but is not limited to – physical abuse, sexual abuse, emotional abuse, financial abuse and coercive control.

It can also involve harassment, stalking and online abuse.

During the Covid pandemic, calls to domestic abuse helplines have surged, with many victims trapped at home with their abusers.

Charities and some emergency housing providers have been overwhelmed, while court cases have been delayed by years.

Because of this, Freemasons have been donating grants, vital equipment and care packages to services up and down the UK.

They say more than 600 care packages are being donated to women and children in women’s refuges in Bedfordshire, Derbyshire, Leicestershire and Lincolnshire, among other areas.

Meanwhile, Hestia Refuge and Solace Women’s Aid in London are receiving more than 430 care packages as part of the relief programme, co-ordinated by the United Grand Lodge of England’s (UGLE) Covid-19 Response group.

The packages include basic items, school supplies for children and teddy bears for babies.

Dr David Staples, chief executive of UGLE, tells Sun Online: “No individual should be subjected to violence, or be in fear for their life, within their own home.

“By providing this much needed support to refuges across the country we are assisting vital charities who are struggling under the additional cases due to Covid-19."

But he adds that his daughter "didn’t want anybody to hate" her boyfriend, so "she’d never create a negative vision of what he was like".

In fact, behind closed doors, Amelia was being subjected to "consistent and persistent physical and verbal abuse" in the lead-up to her murder.

Vile threats to snap her neck

A court later heard Wall had threatened to snap her neck in her sleep, hurled a table at her, and sought to control "everything about her".

Eventually the courageous teen "saw sense" and became determined to end the relationship, opening up about the abuse to various authorities.

She even went to a police station on November 7, 2012 – but was too scared to make a formal complaint. The next day, Wall savagely killed her. 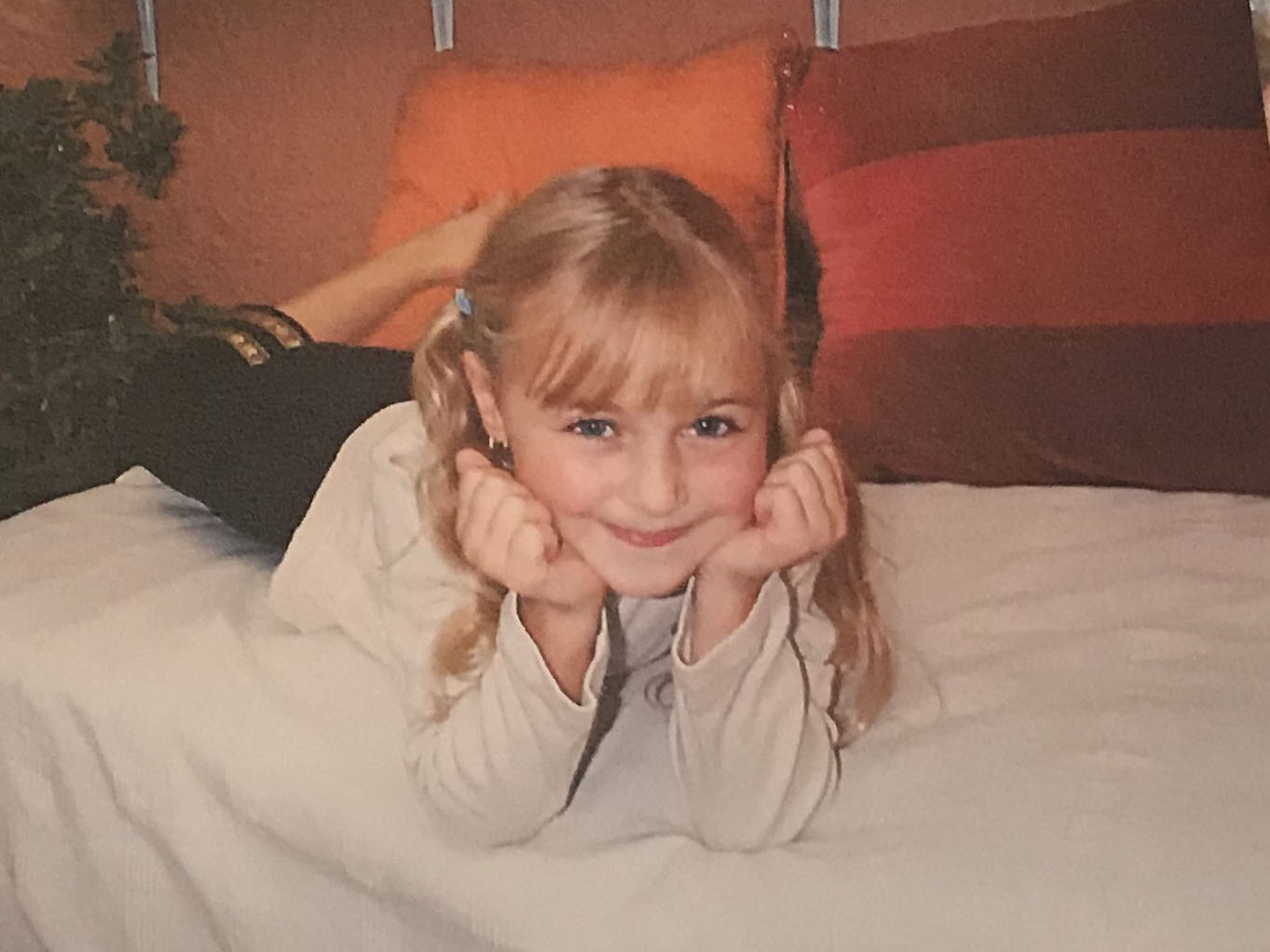 For Laurence – who had last seen Amelia about a week before the murder – the terrible news that his daughter was missing came during a rainy drive.

After getting a call from police, he says he pulled over and was told "there’s a 99 per cent chance Amelia’s been murdered but we haven’t got a body".

“It felt like all my hair got pulled off the top of my head," recalls the dad, who says he was angered to have been told the news by phone.

"It was the most unpleasant sensation – something left my body or something, I’m not too sure. I’ve never felt anything like it."

It felt like all my hair got pulled off the top of my head. It was the most unpleasant sensation – something left my body or something

He adds: "Of course, after that point, any time I rang one of my kids and they didn't answer I thought they were dead because of the amount of times I tried ringing Amelia and she was dead. I just thought the worst."

Amelia's body was discovered in woodland several days after the killing, with the shallow grave coated in disinfectant to stop creatures digging it up.

"To find her body was a good thing," says Laurence, adding that identifying his girl was "one of the most unpleasant things" a parent can go through.

"To this day, I may not have found where she was.

"There are so many families who don’t know what’s happened to their child, they just disappeared and they’ve got no answer." 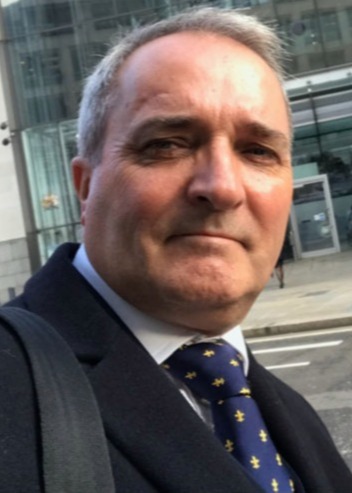 "Folded up" & bound with PlayStation wires

They included how Wall used "terrifying force" to attack Amelia during a row on November 8, before binding her up in a foetal position.

"You had to sit there and not react at all," says Laurence.

"Even when we were told the most dreadful things things that happened and how she was disposed of and folded up."

But in July 2013, Laurence was finally able to react as Wall, then 22, was convicted of murder and jailed for life with a minimum term of 19 years.

He got a concurrent four-and-a-half-year term for obstructing a coroner.

The killer's uncle, Joseph Potter – who had helped him get rid of Amelia's body – was locked up for two and a half years for assisting an offender and obstructing a coroner.

“I was totally relieved and burst into tears," recalls Laurence. 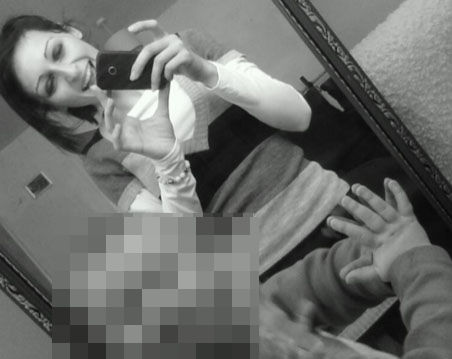 Today, Laurence, who has three other children aged 29, 24 and 10, is working tirelessly to raise awareness of the horrors of domestic abuse.

He is a member of the Freemasons, an organisation that has donated laptops, smartphones and cash to vital services during the pandemic.

Though it is seen by some as a shadowy group with secret handshakes and ancient rituals, Laurence insists it is "the opposite of dark".

"It’s made me more generous, it pushes you to think about other people not just yourselves, to better yourself as an individual," he tells us.

WOMEN’S Aid has this advice for domestic abuse victims and their families:

Women’s Aid provides a live chat service available at chat.womensaid. org.uk. Due to limited funding, it is open from 10am to noon.

In the past three months, more than £165,000 has been donated by Freemasons to help protect women and children from domestic abuse.

And Laurence says of his daughter: "I wish she’d had the support that a women's refuge can provide. If she had, she might be alive today."

'You need to get out'

In a message to others who may be silently suffering from domestic violence, the father adds: "Speak to your friends, speak to anybody.

"That person will never go back to how they were. They are a bully.

"Things won’t change, you need to get out."

As for Amelia, Laurence thinks about his bubbly girl every day.

"I think about her all the time," he says.

"The last time we were together I took a photograph in her room – a selfie with her. That’s how I remember her. One of the funniest people I knew."