A MUM who claims she is trapped in a seventh-floor flat has been forced to feed her baby takeaways because her neighbours keep urinating in the lift.

Lauren Scott, 28, says she is now barely able to leave her flat in Harlow, Essex as she claims her only viable exit was filled with "human wee" seven times during lockdown. 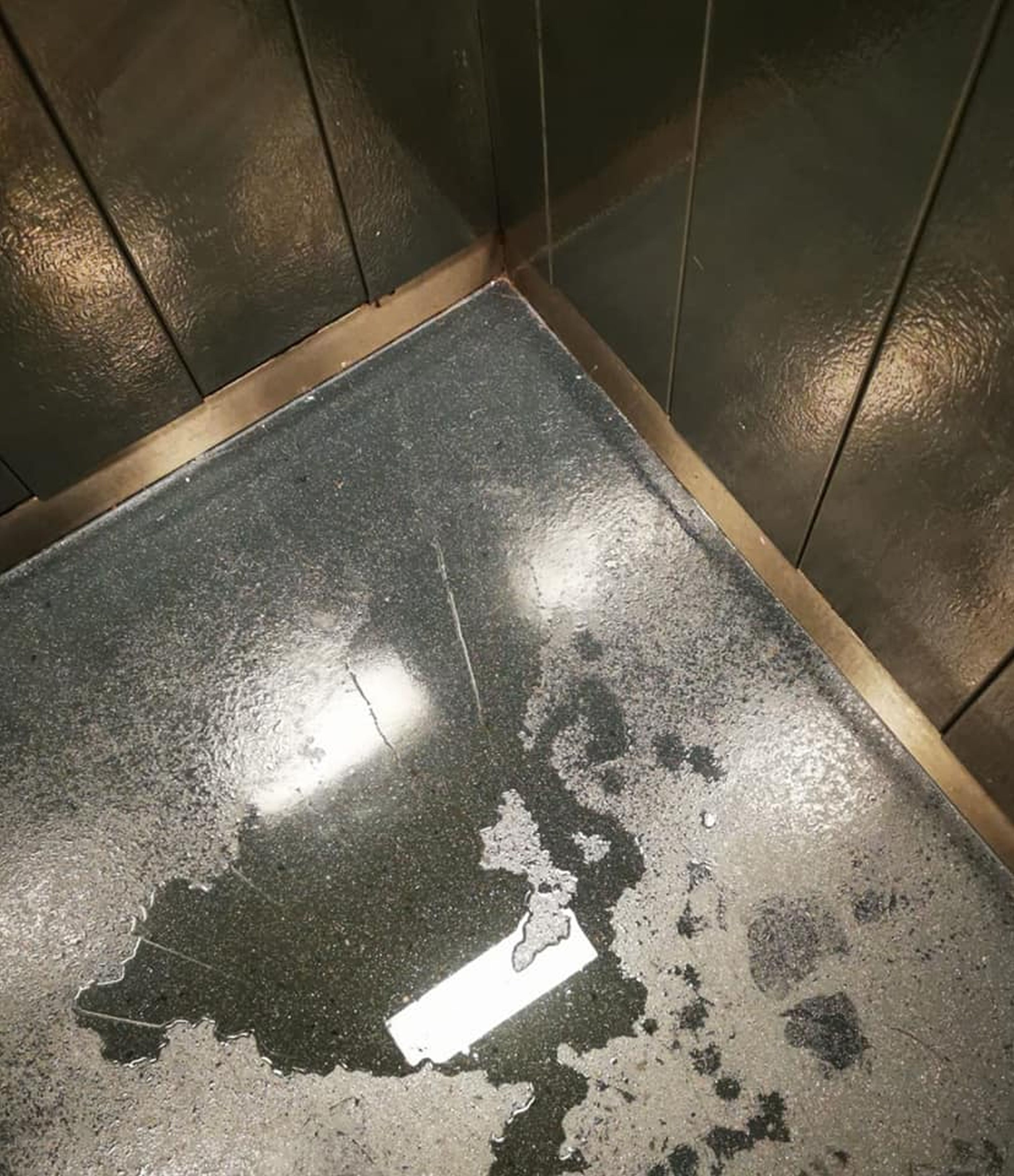 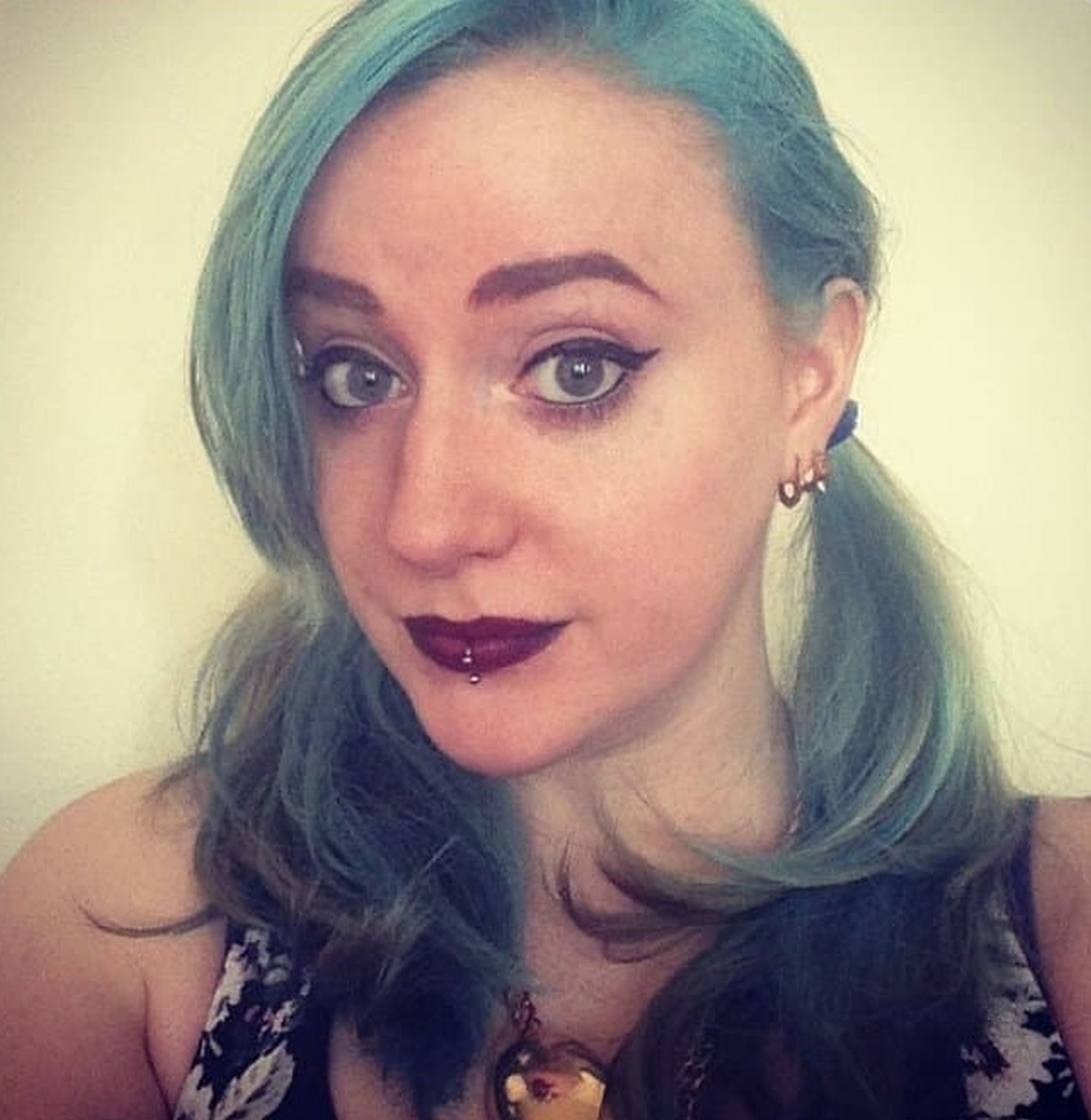 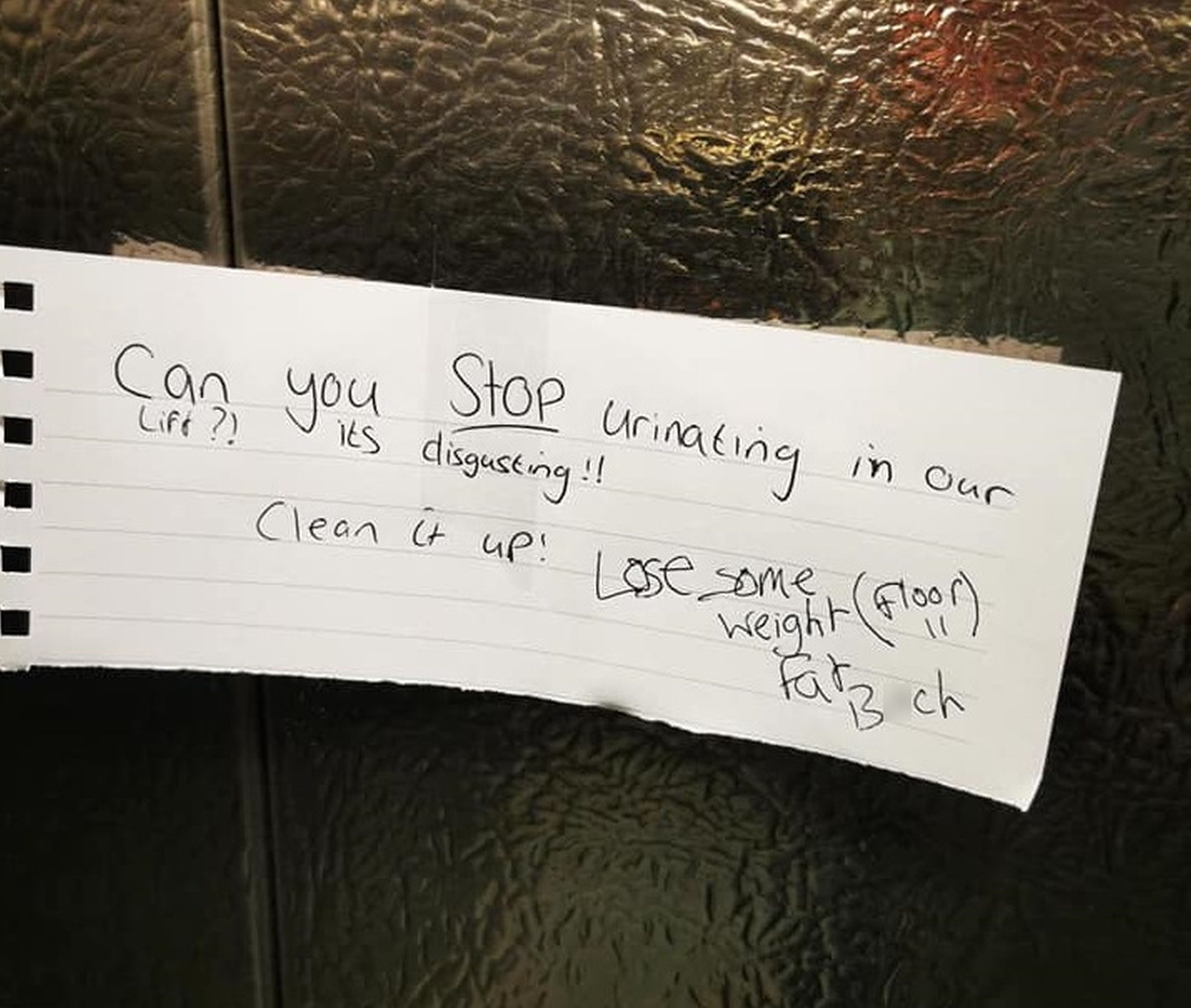 Lauren lives with her 14-month-old daughter Evie, and she needs to use the lift to transport their buggy to the ground floor.

Shocking photos show yellow liquid forming a puddle on the floor of the lift, with shows urine-coloured spray across the wall.

She said: "When I first noticed it I had my daughter in a buggy ready to go to the shops but I couldn't because I didn't want to roll my buggy through urine and then track that into my flat on the wheels.

"I had to feed my daughter takeaway because I wasn't able to take her in the buggy, so I had to get the delivery person to go in the lift full of urine to bring us food.

"We couldn't go food shopping and I wasn't able to go out the following morning either as it still hadn't been cleaned up."

Residents who have spoken out and put up notices begging the culprits to stop were met with scrawled responses calling them a "fat b*tch", while adding they needed to lose weight by taking the stairs.

The mess has forced Lauren to abandon shopping trips, and once she had to ask a friend to help carry her daughter's buggy up seven floors of stairs.

Lauren claims she first spotted urine in the lift in April, and it happened again as recently as October 26.

She said Harlow Council don’t clean the mess up until the next day, and that the council has said they plan to put a camera in the lift to stop it from happening.

The full-time mum "just wants to feel safe raising her daughter" and is urging the filthy perpetrator to "please stop".

She said: "Since then it's happened about seven times. I think it has to be a human because it's been up the wall in the corner as if a man is using the lift as a urinal.

"To avoid it I don’t leave the flat very often and, if I do go out, I come back to the lift filled with urine.

"Sometimes I've had no option but to use the lift with urine in it."

Lauren said she fears falling down the concrete stairs while carrying her daughter.

"I just want to feel safe raising my daughter. People just have no respect for others and it is so sad to see. Whatever happened to common courtesy?" she said.

Lauren's boyfriend Chris Johnson works away from home, meaning he isn't around to run errands for her.

The only other lift in the block doesn't stop at her floor, she said.

Lauren said: "When we talked about security cameras, I was told I could only put a camera up looking towards my door. Not particularly helpful when the urine is in the lift."

The mum-of-one shared her predicament on Facebook, where it attracted more than 100 comments from others.

Lauren wrote: "I don't know what to do. I've cried all day. I'm actually trapped in a place that is unsafe to raise my daughter in!"

One person commented: "Gosh what a nightmare they are absolute tramps.

"I would just keep going to the council everyday and phone them until they get their finger out."

Another said: "People are absolutely disgusting."

A spokesperson for Harlow Council said: “This issue is being taken seriously by the council and is being investigated. We were first made aware of the urine issue in October 2020.

“Action has been taken to clean the lift on every occasion and to monitor that all lifts in the block are serviced regularly and breakdowns dealt within the set response time.

"We are working with residents as we continue to try and identify the perpetrator. We do need information from all residents to help us with this.

"Security cameras are installed in many lifts around the town and we are obtaining quotes for fitting a camera in this lift.

"It’s installation will be considered as part of our normal council housing improvement programme and prioritised within the resources that we have available.

“Residents’ wellbeing and safety is always our number priority so we are taking this matter seriously and doing what we can to resolve it.

“We have procedures and policies in place which are always followed when supporting tenants in these situations.” 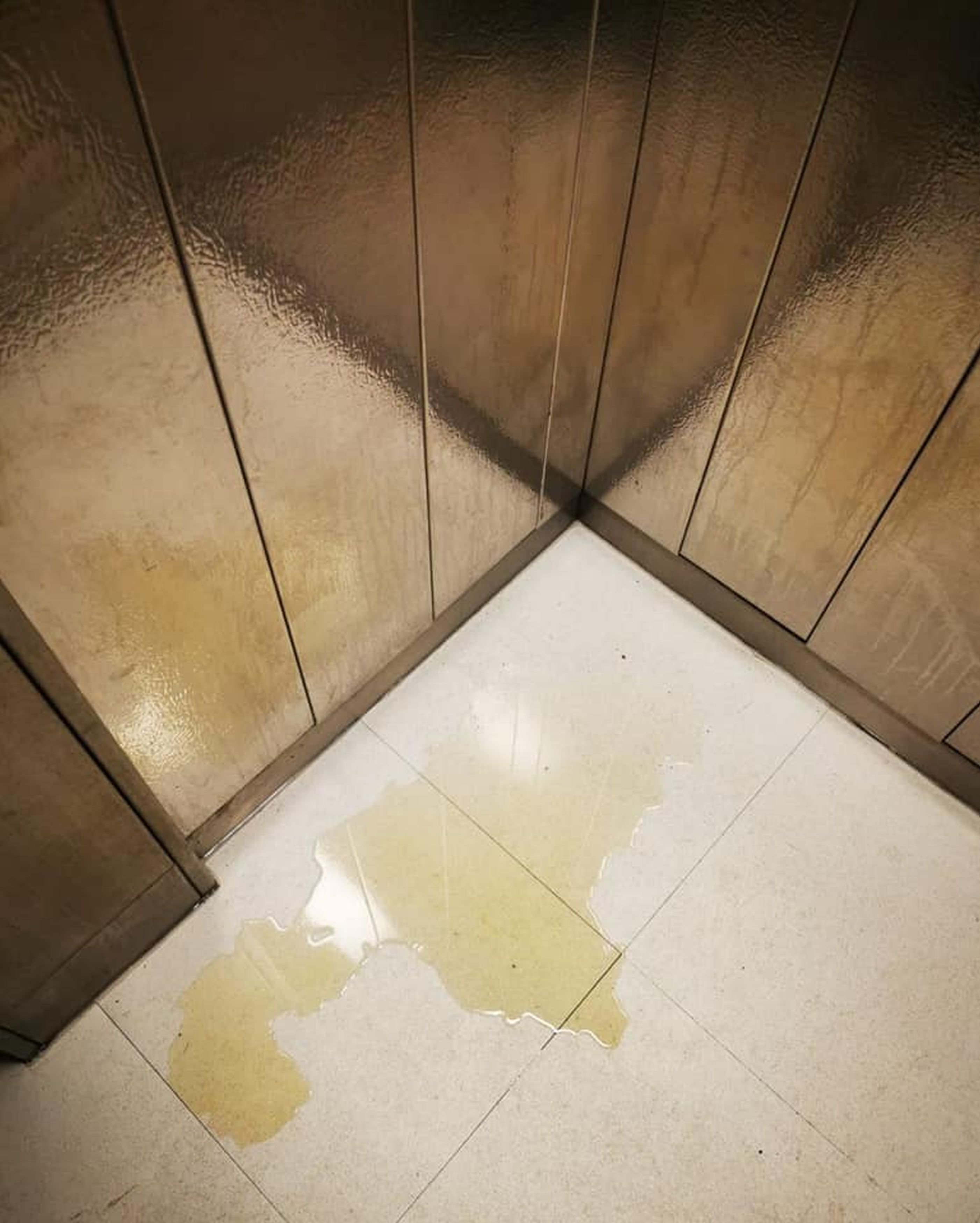 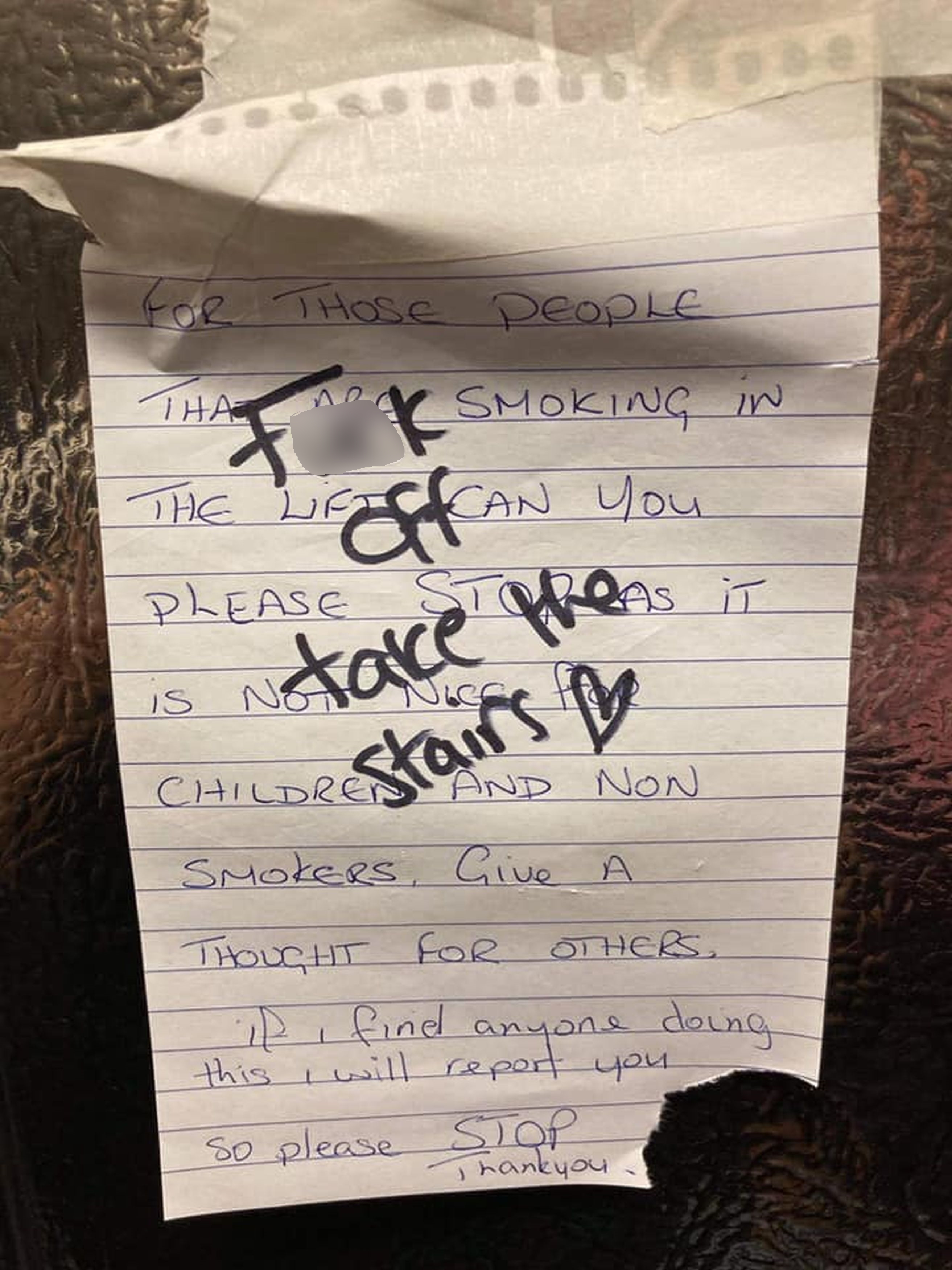