A MUM-OF-THREE picked up 22 pairs of school trousers for a staggering £2.20 after they were reduced to just 10p each.

Joanna Primett couldn't believe her luck when she stumbled across the bargain rack in Asda – so stocked up for her kids who are "growing like nothing on earth". 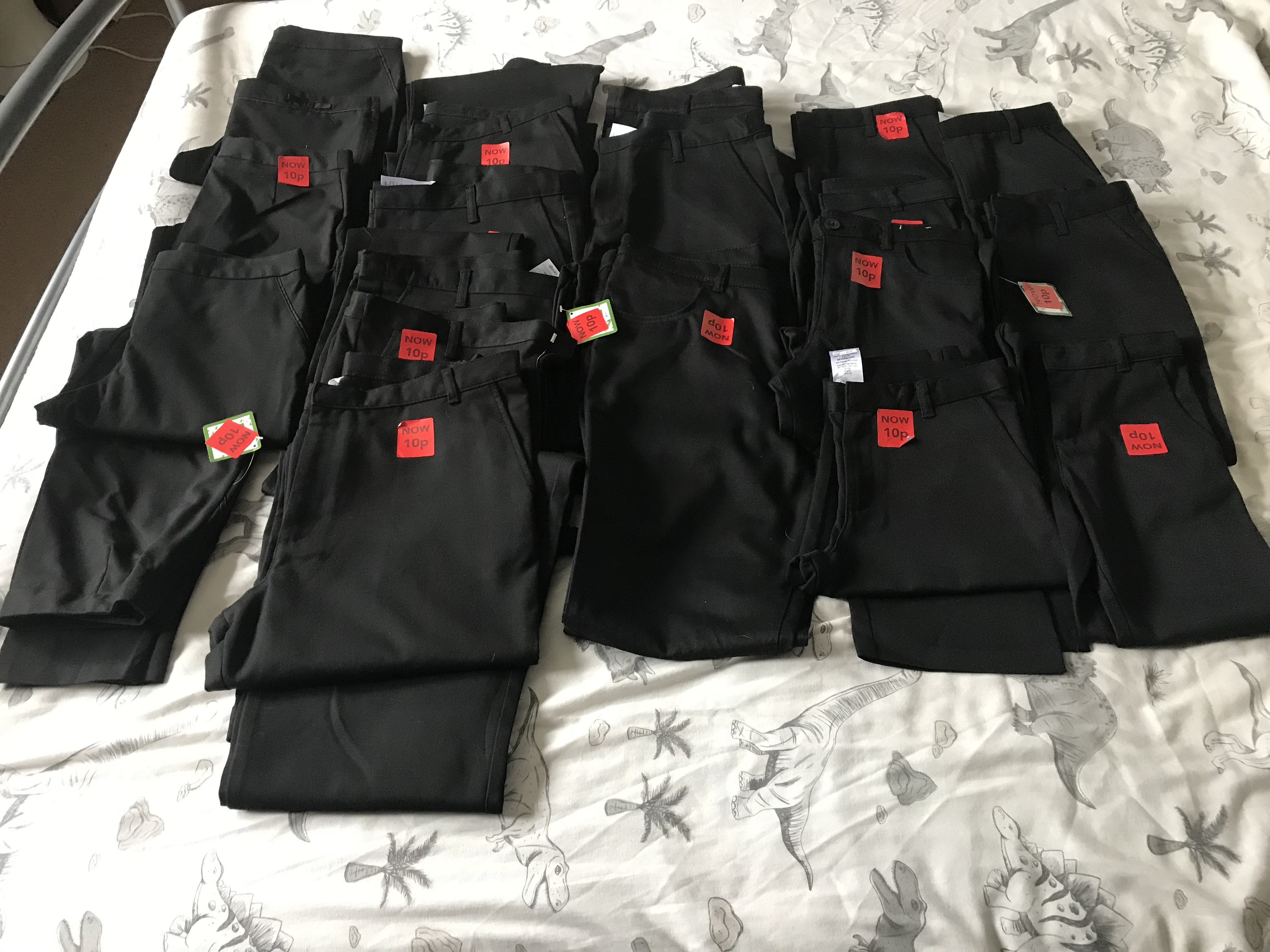 The 32-year-old had been shopping for some BBQ essentials during this month's heatwave when she spotted the school uniform section.

She was "shocked" when she checked the price tag of the school trousers and saw they were on sale for just 10p – estimating that she had saved £125.80 with the deal.

Joanna, from Stevenage, Hertfordshire, said: "I couldn't believe it. There was no-one else about, it seemed to be just me.

"I was just shocked that they could sell them for that cheap.

"I bought some on the Saturday for my eldest son who is 13 and is growing like nothing on earth.

"I went back on the Sunday as I had forgotten a couple of bits and they had actually added more trousers for 10p in different sizes." 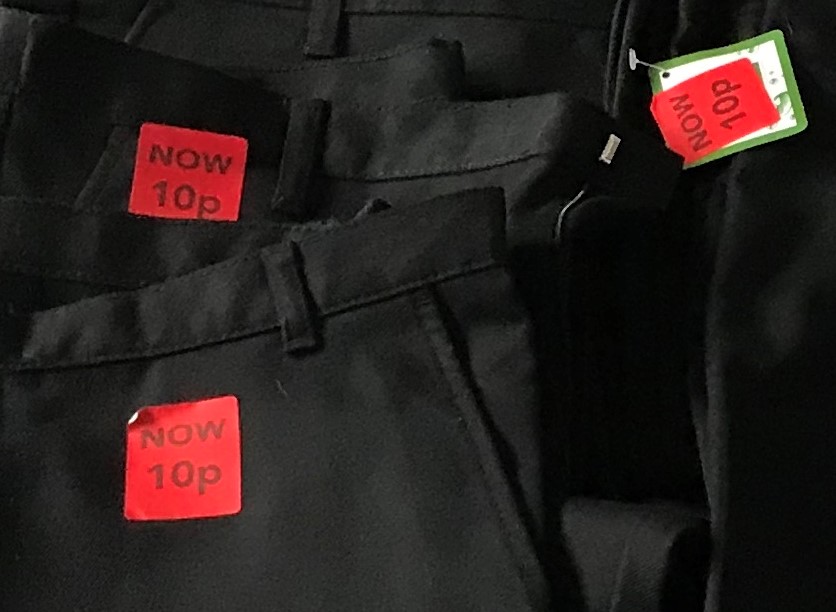 Joanna returned home with 22 pairs of trousers for her daughter and two sons – aged six, nine and 13 – plus four more for her nephew.

Joanna added: "I shouldn't have to buy any for quite a few years now. Trousers for my eldest usually cost about £12 a pair so they were an absolute bargain."

The school kitchen assistant posted about her find on Facebook and her friends were just as gobsmacked.

Joanna said: "A lot of my friends were actually annoyed that I hadn’t called them to tell them.

"I rang my sister in law and I got a few pairs for my nephew. I bought 26 pairs in total.

"What shocked me the most when I went in the next day was that they had added even more pairs.

"The first day there were none for younger boys but there were loads when I went back."

Joanna bought the school trousers from Asda's Stevenage superstore on August 8 and 9 ahead of the kids going back to the classroom in September.

Asda was unable to explain why the items were priced so low.