A MUM and dad who welcome their FIVE children into bed with them have been hit with criticism over 'co-sleeping'.

In a viral post on TikTok, US mum Amanda Scott, also known as @littlesouthernwife, showed off her huge bed. 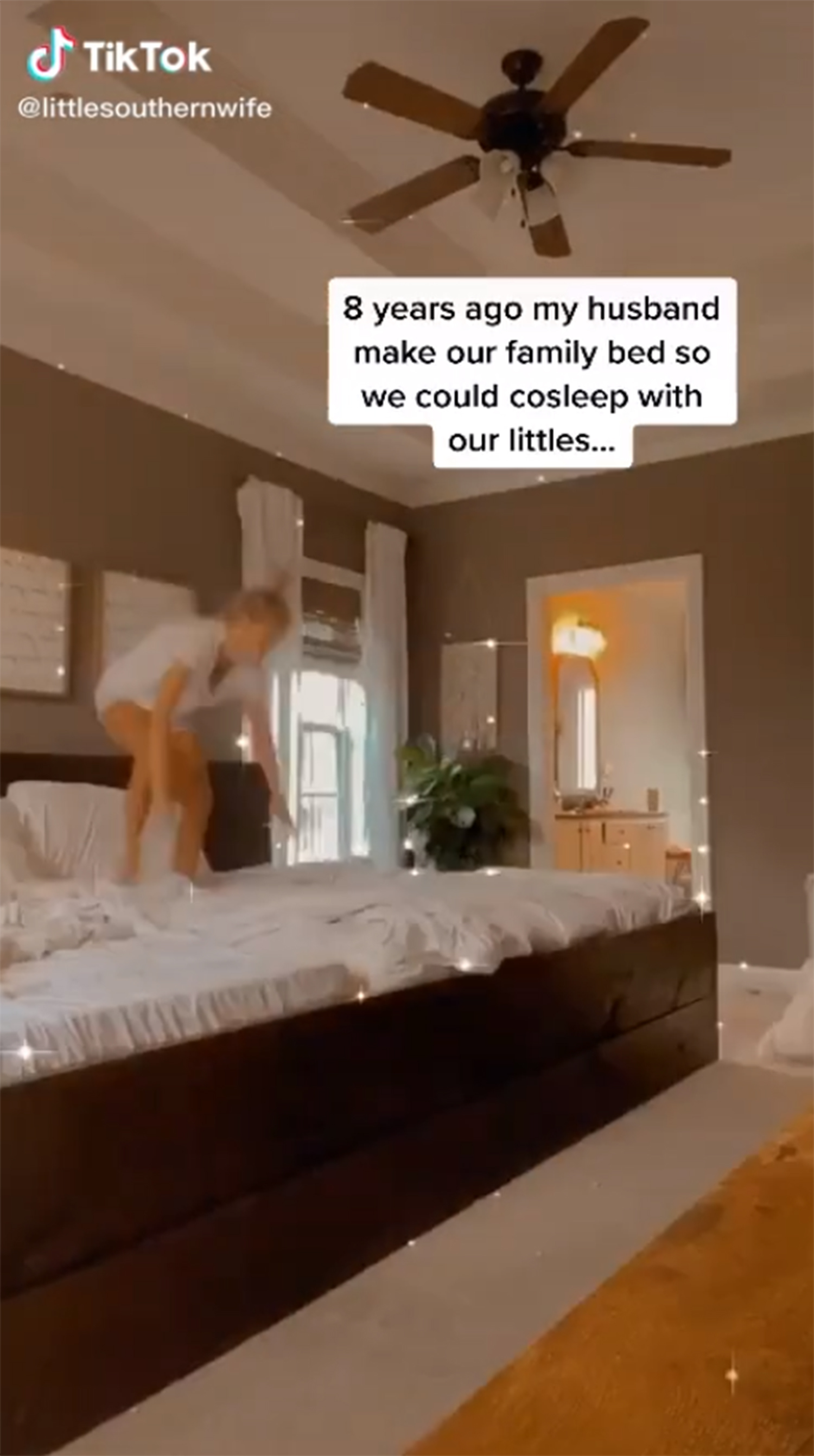 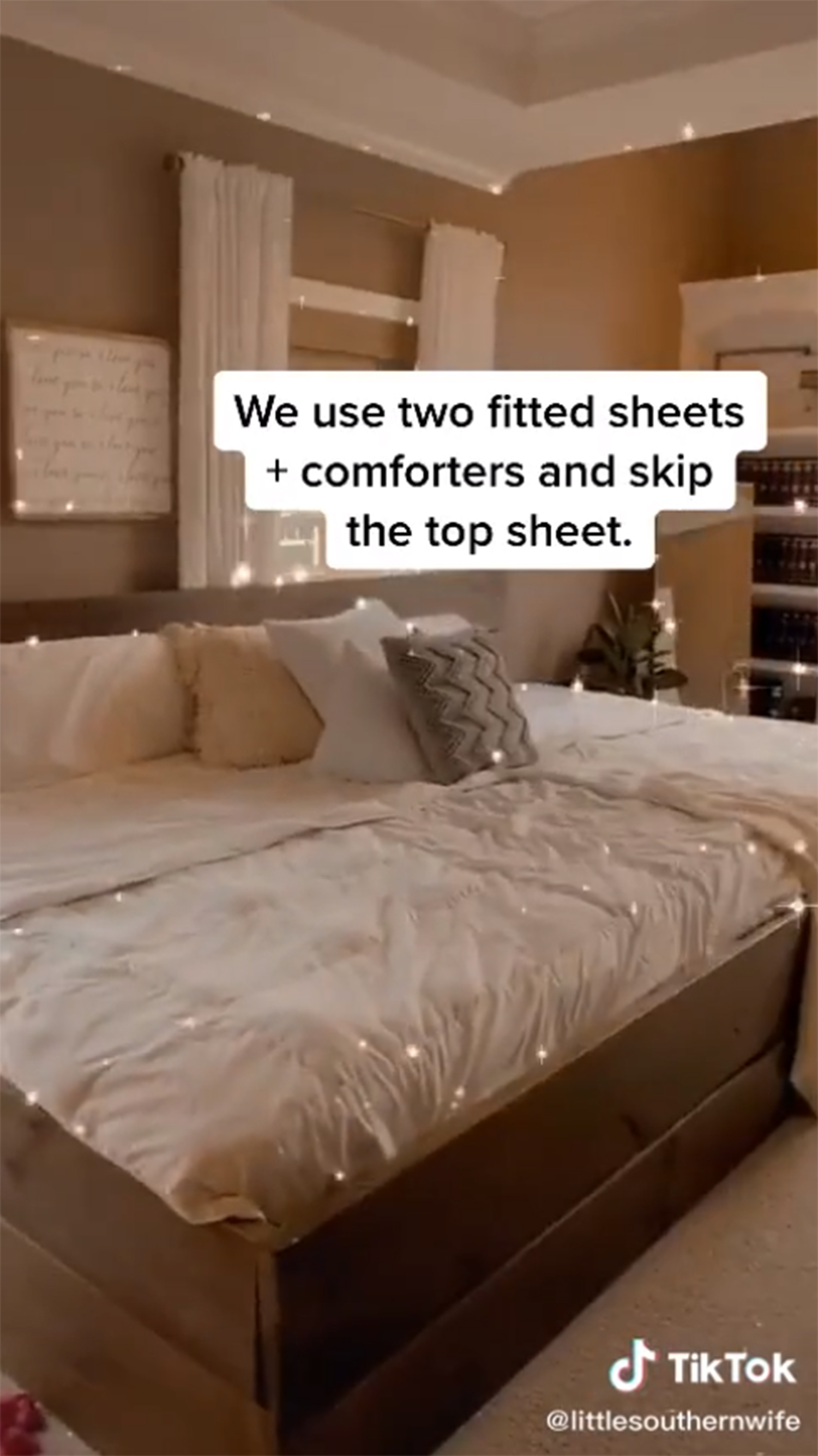 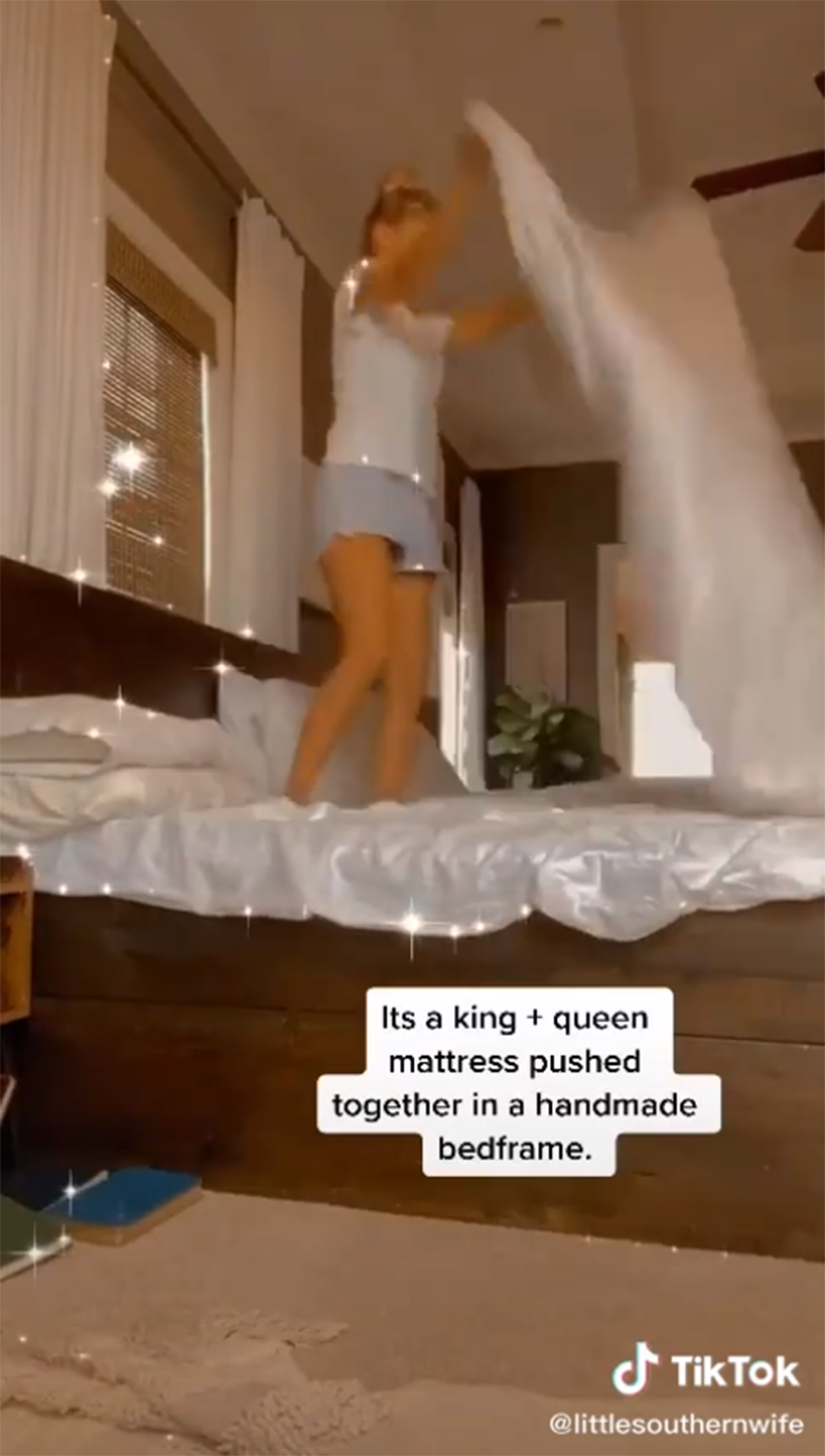 In the video, which has been viewed millions of times, Mrs Scott says the whole family are welcome to climb in.

She captioned the footage 'everyone always asks about our family bed', and explained that it's made up of a king-size and queen-size mattress pushed together in a homemade frame.

It's fitted with two sheets and an extra-large duvet.

But after Mrs Scott shared a clip of her changing the sheets, TikTok users reacted with either curiosity – or anger.

One person said: "Co-sleeping is a big NO!"

Mrs Scott replied to the posters: "If that's how you feel, great.

Co-sleeping is when parents sleep in the same space as their baby or children, whether this is in bed or on the sofa.

It’s estimated that half of all UK mums will share a bed with their baby at some point during the first few months of their little one’s life.

But according to the National Institute for Health and Care Excellence (NICE), Sudden Infant Death Syndrome occurs more often when parents co-sleep.

More than 200 babies in England and Wales die unexpectedly in their sleep every year.

There have been long-standing doubts over whether co-sleeping – parents or carers falling asleep with their baby on a bed, sofa or chair – is completely safe.

The Lullaby Trust urges parents considering co-sleeping to keep pillows, sheets and blankets away from babies, as well as any other items that could obstruct breathing or cause them to overheat.

"We have co-slept for eight years now – it works for our fam."

Others asked how she and her husband ever get to be alone with little ones in their bed, with one posting: "How do you have 'mum and dad time?"

Mrs Scott made another video to answer some of the questions.

She explained that the older children sleep in their own beds now, and the little ones aren't forced to sleep in the bed.

"They make the transition when they are ready and we fully support them and encourage them to sleep in heir beds," she said.

And she also reassured watchers that she and her husband still have chances to be alone.

"My husband and I have a healthy sex life and explore other spaces in our home when we want intimacy," she confided to her 14,000 followers.