A MUM has pulled her four-year-old son out of school after he gave himself a buzz-cut FIVE times while alone in the toilets with a pair of scissors.

Most recently the reception pupil hacked-off a two-inch strip of hair down the centre of his scalp in the style of Johnny Rotten. 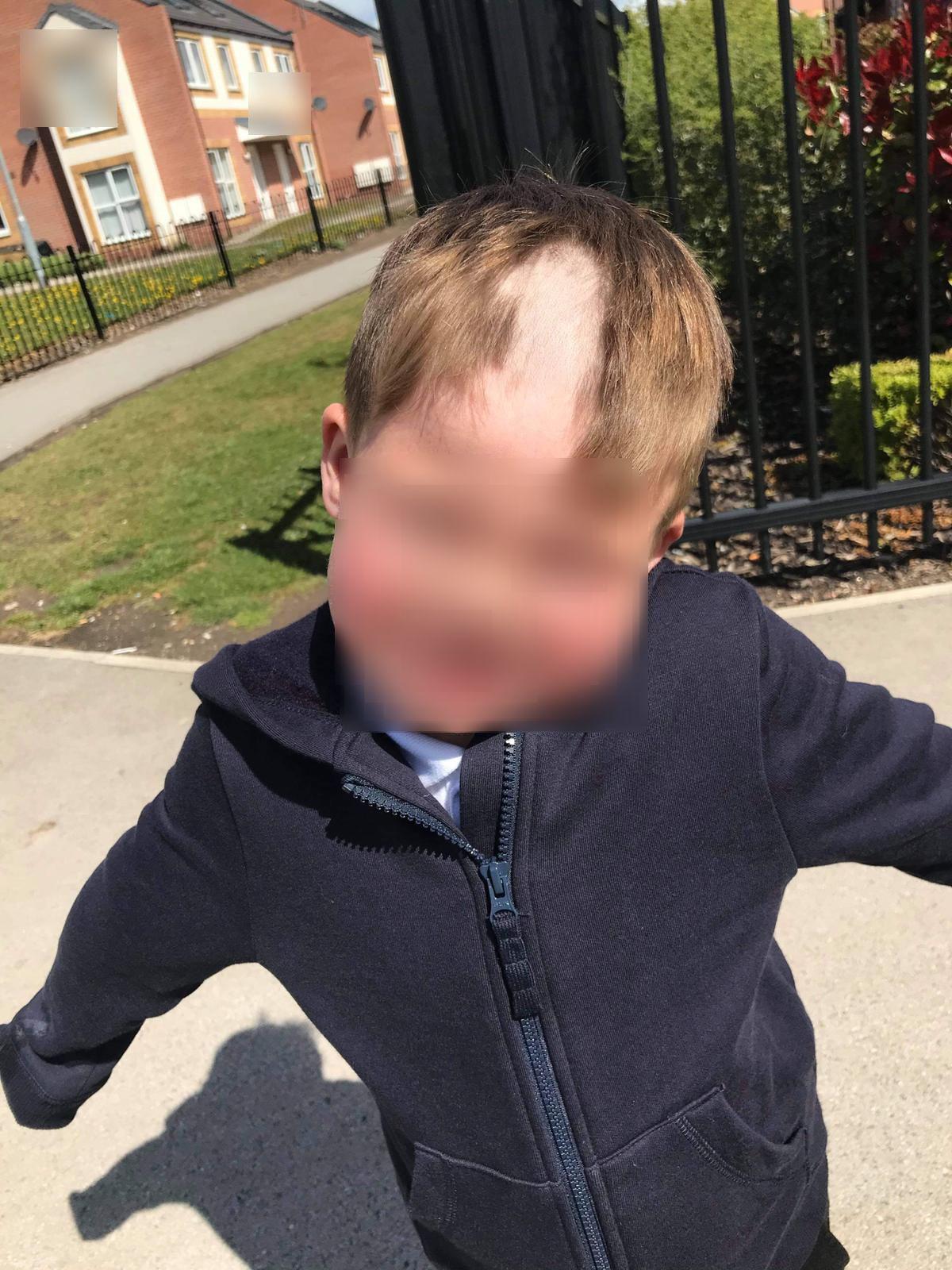 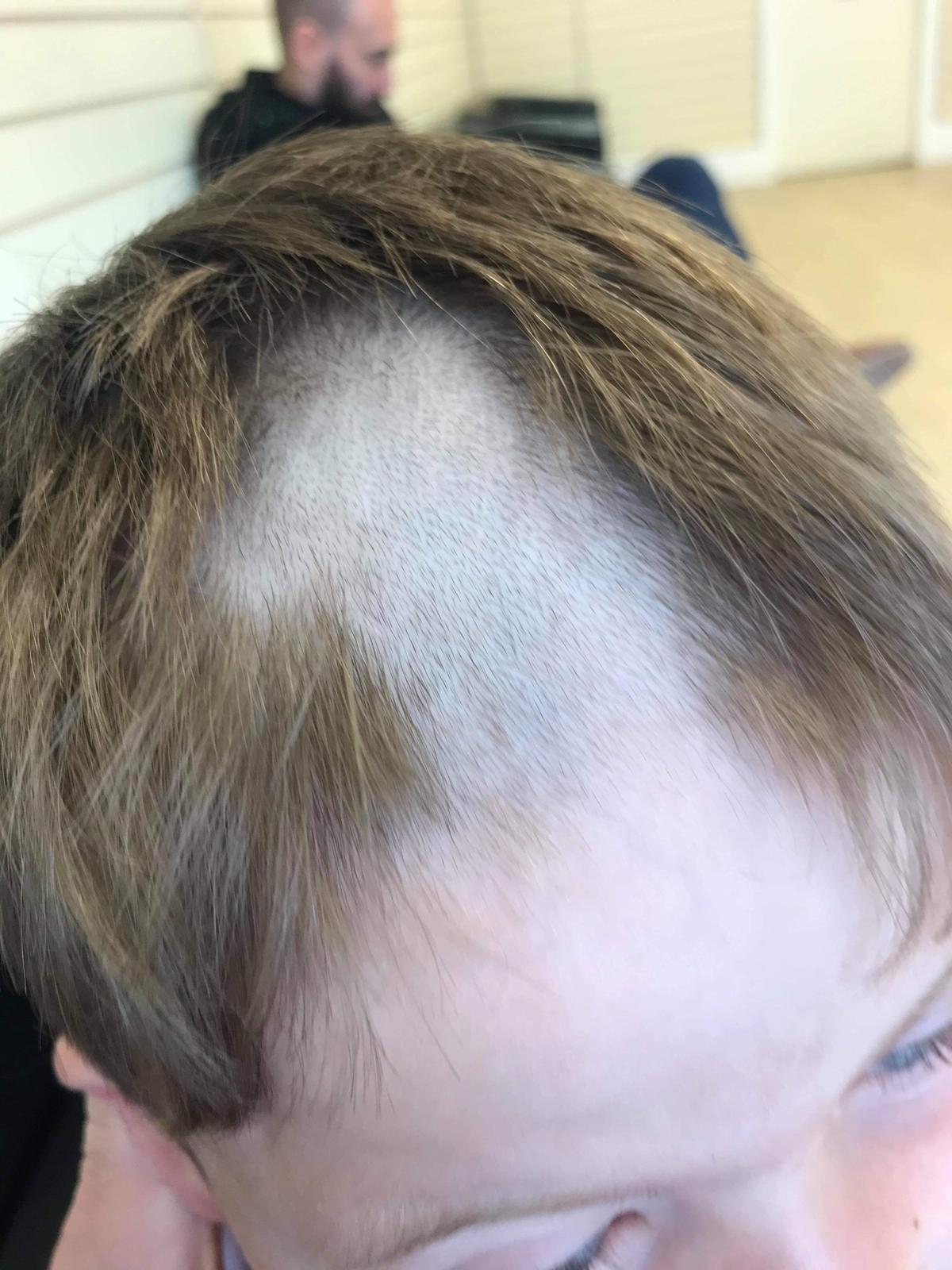 Distraught mum Mollie Thomas said it's the fifth time he's cut his hair at school since he started last September.

She is furious he's got hold of scissors to give himself a Johnny Rotten style cut so many times, she's now had to have his head shaved, and said she "nearly cried" when she saw him.

The mum has now reported Thorpepark Academy, in Orchard Park, in Hull, to Ofsted and said it's clearly a "safeguarding issue" for him to be alone with scissors in the toilets, particularly with his previous history.

She said: "I got a call from the head teacher and she said he had cut his hair again and she said 'brace yourself' but when I got there, I had no words. I couldn't believe it.

"When I collected him his teacher was there with the head teacher, and I looked at his teacher and said 'are you going to tell her (the head) how many times he's been left unattended to cut his own hair?'

"They said they'd asked the other children what had happened. But they're all four and five.

“They told me he must have taken the scissors into the toilet. But they could have gone through his throat or he could have hurt another child." 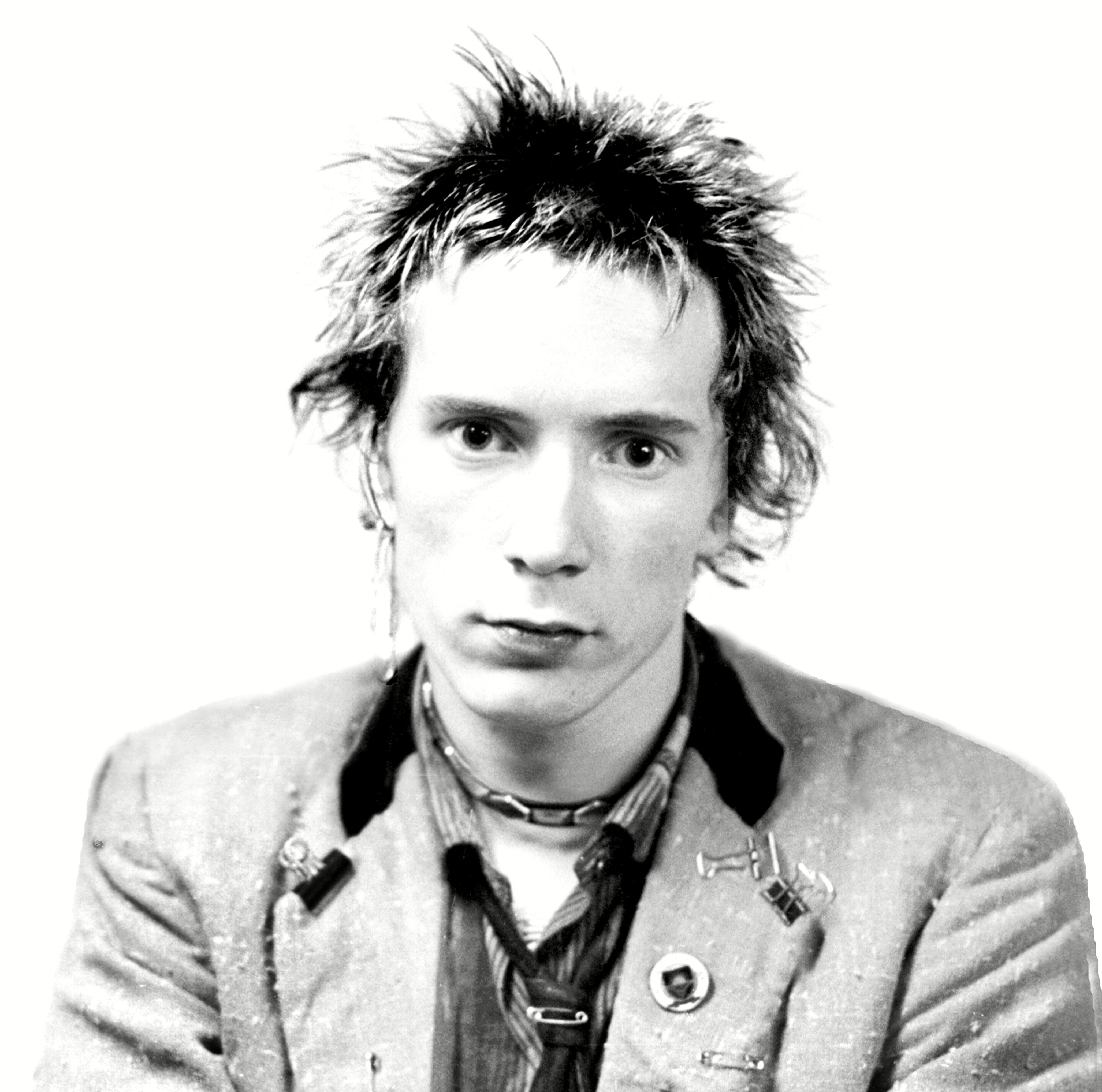 She said the school's ethos is on independent play, but she said she's asked in the past for him not to be left unsupervised with scissors after the first two incidents where he cut his hair.

"We've had issues in the past. I said he should not have scissors and they said that's not independent learning.

"I said that's fine, but he's still not having scissors."

She added: "They are not taking it very seriously and didn't apologise for the state of him when I collected him.

"If I sent him into school with his hair cut off like that, they'd have been asking me about it and if I said he was unsupervised with scissors they'd have been reporting me to safeguarding.

"But the other way round, they didn't even offer an apology.

"This is the fifth time he was left unattended with scissors. I have now contacted Ofsted and I have pulled him out of that school," she added.

The school, which is part of the Venn Academy Trust, says on its website that Foundation age children learn through play, and added: "They are given the space to explore and discover, to take risks and make mistakes within a safe and secure environment."

In a statement, Thorpepark Academy said: "We are aware that a four-year-old pupil in our reception class was involved in an incident that resulted in his hair being cut.

"On the day we contacted the parent immediately and shared our concerns. We are sorry about this and understand that this has been distressing for the family and pupil concerned.

"Like almost all schools, nurseries and reception classes we have a wide range of resources available for pupils to use.

“We routinely teach pupils how to use resources, including scissors, safely. All scissors are suitable for the age of pupils.

"We spoke to all our reception aged pupils and reminded them about the safe use of scissors.

"We spoke about who should cut their hair and who should not, emphasising that it is usually only hairdressers, barbers or adults who should be doing this."