A MUM and her young daughter have been left with nothing after their tumble dryer burst into flames – ripping through their home within minutes.

Donna Gales, 42, was in the middle of her shift at the local Co-op when her neighbour came running into the shop shouting that her three-bed semi was on fire. 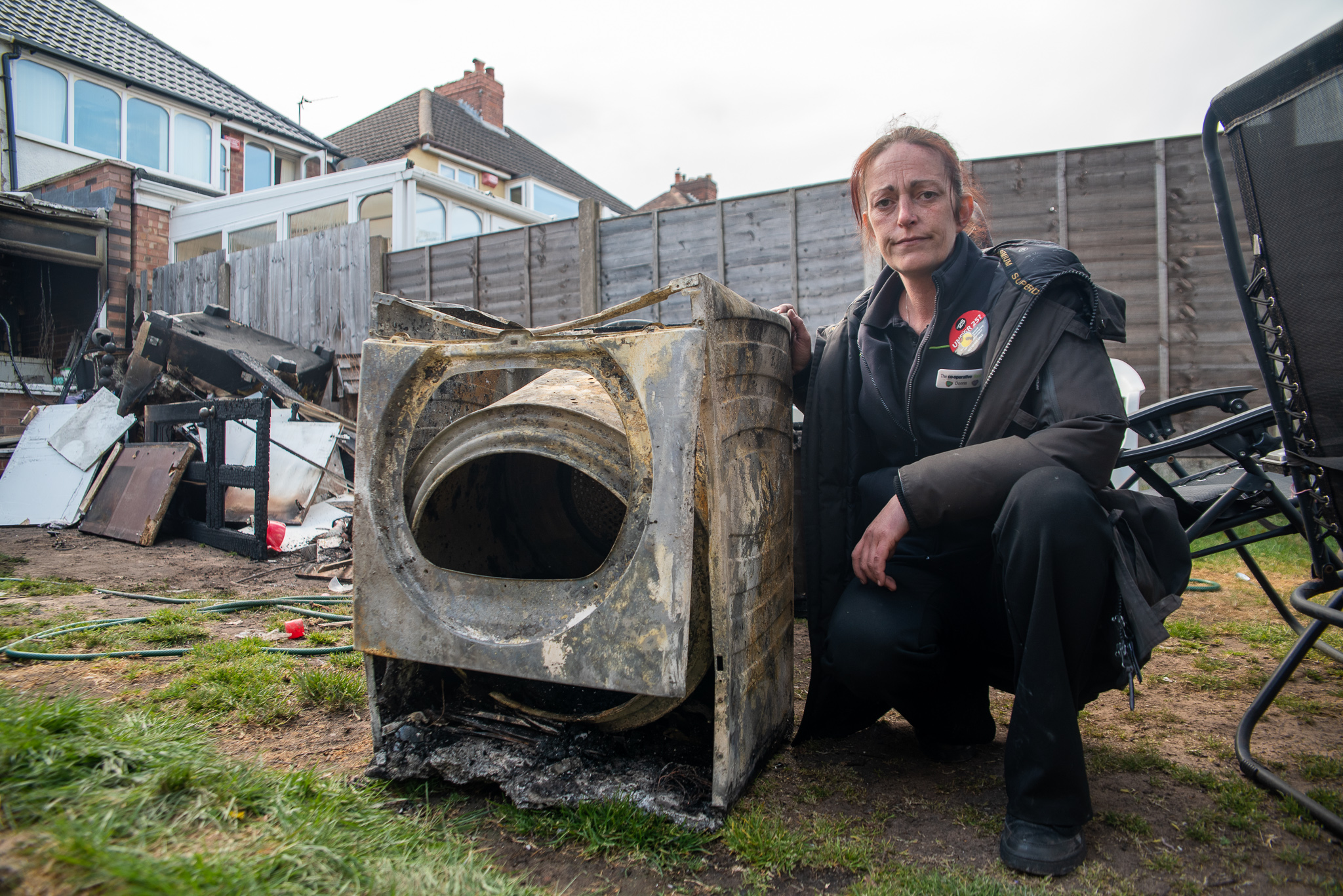 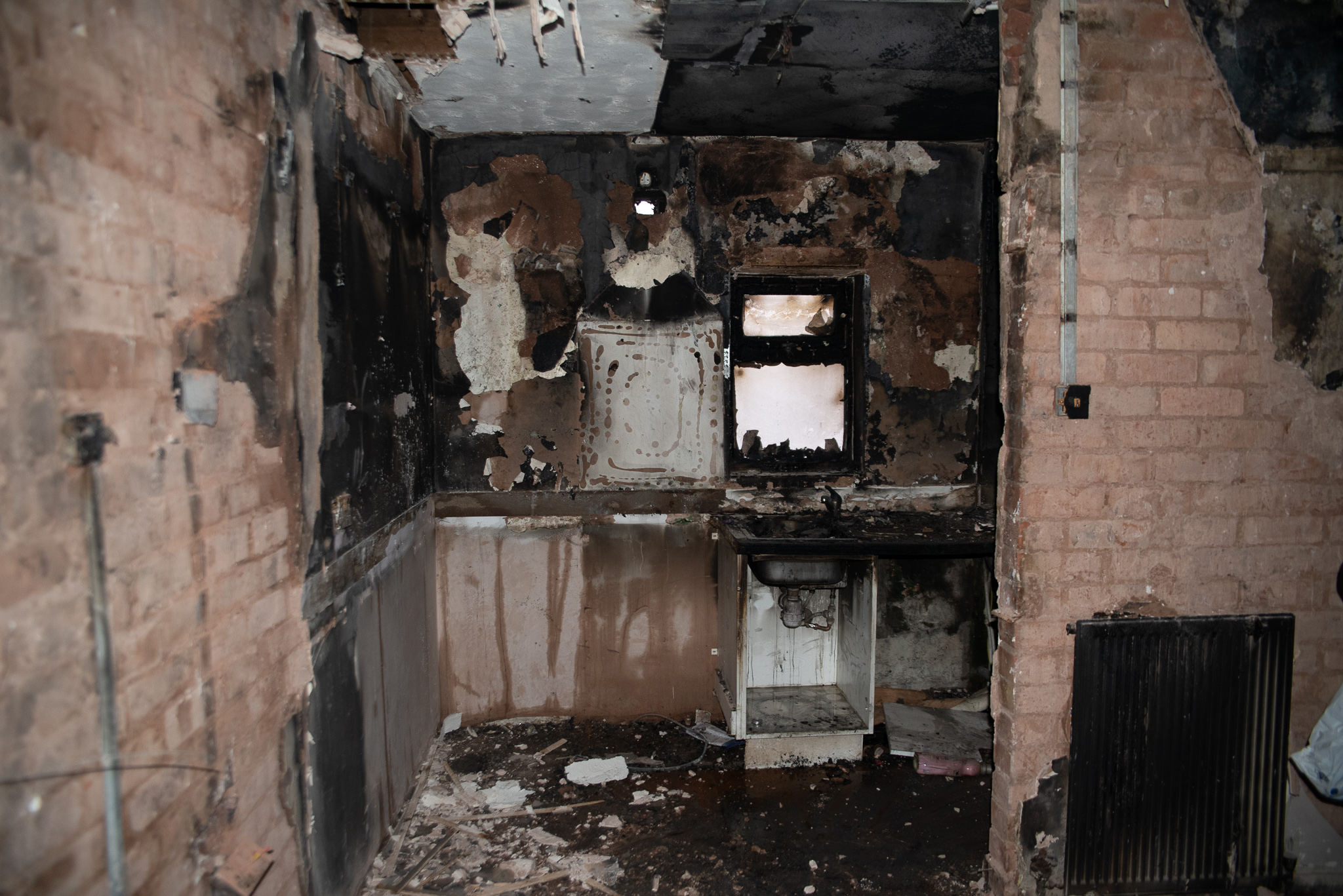 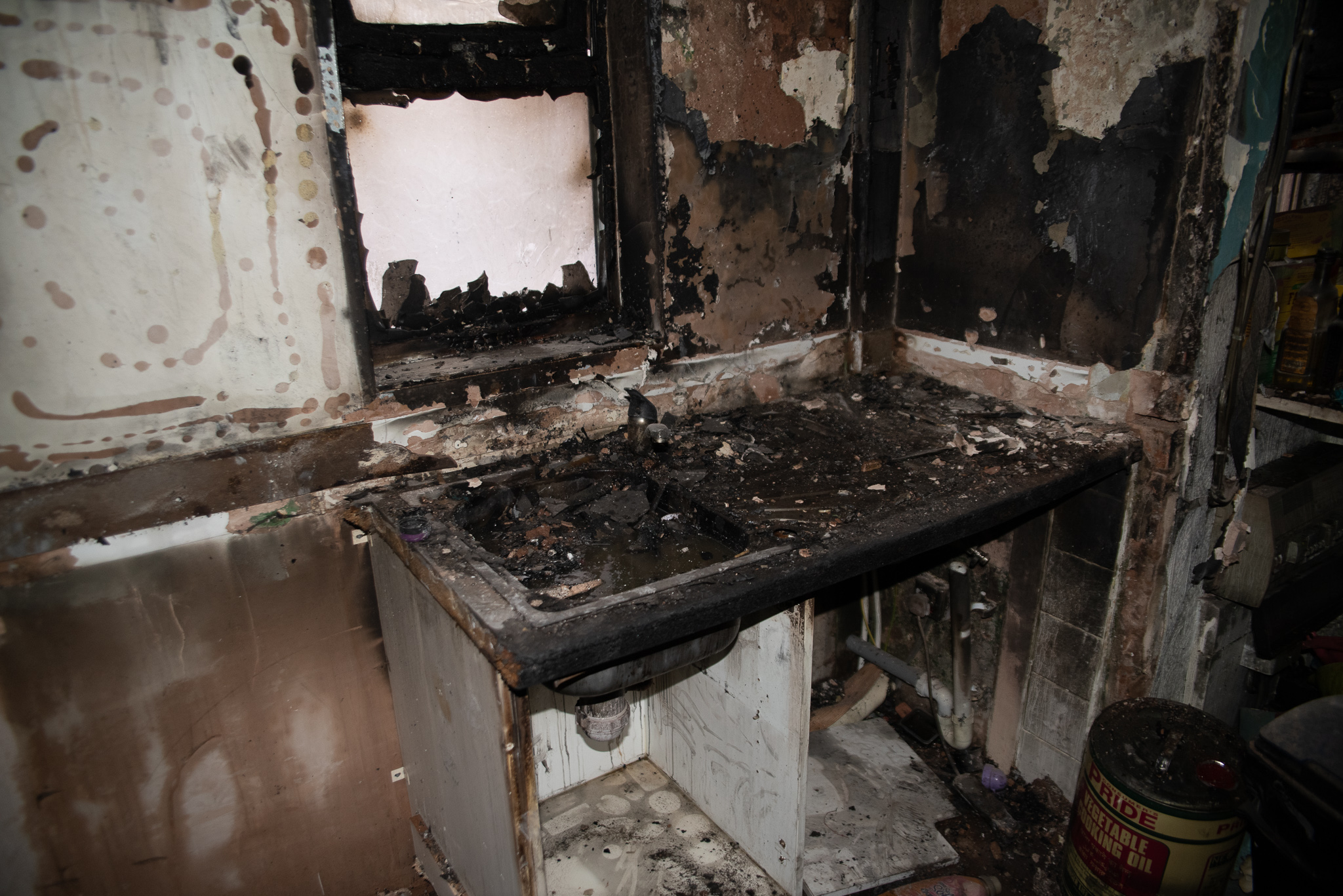 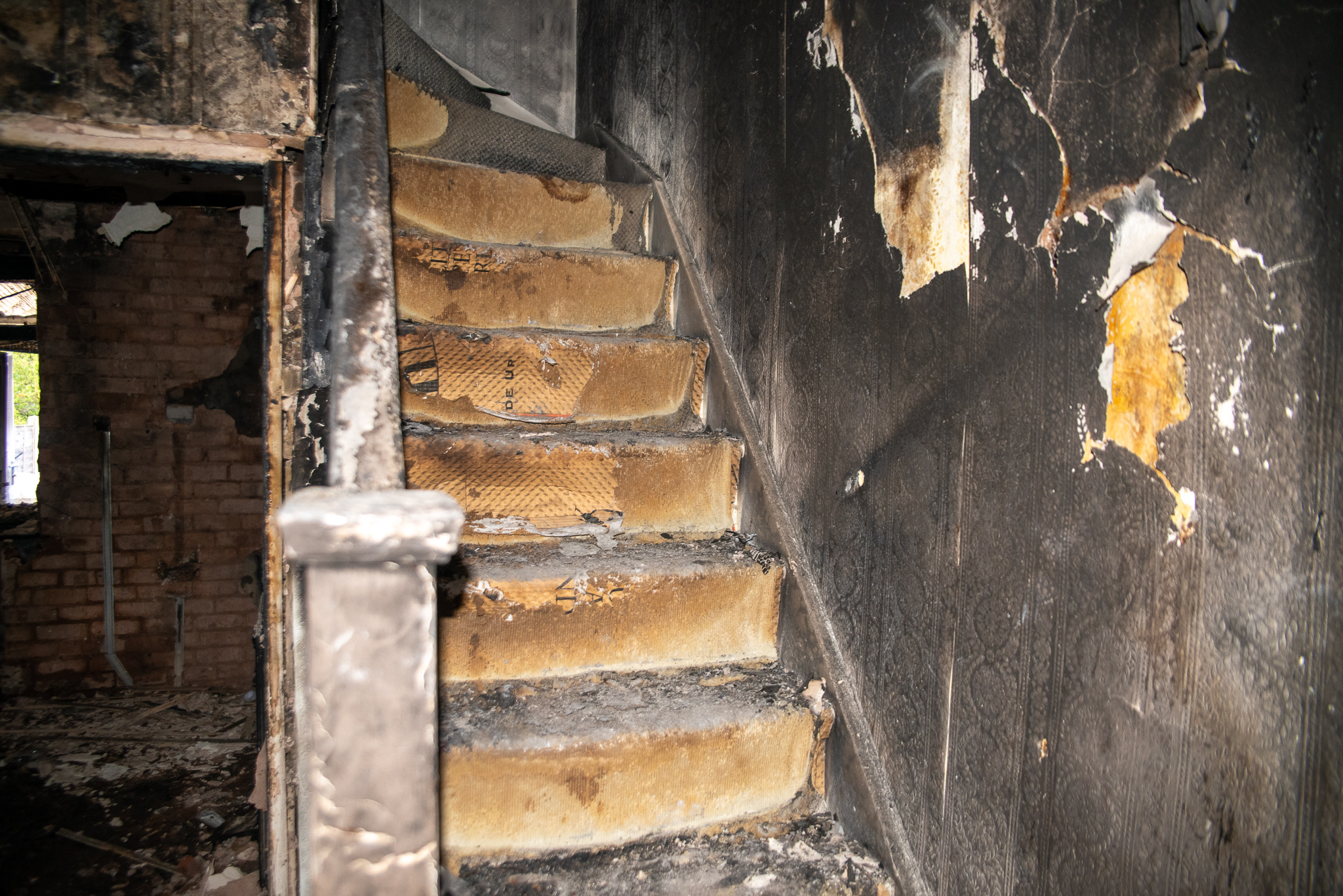 She was quickly driven back to her house to find firefighters tackling the blaze, which destroyed every room.

The mum, who lived at the property with her six-year-old daughter, has been unable to salvage any belongings.

But she’s thankful that a hero neighbour managed to rescue her two dogs and a cat by smashing the windows on her conservatory doors.

Donna, of Birmingham, who has three other grown up children, said: “It’s a nightmare. Absolutely everything we own is destroyed.

“My daughter is absolutely distraught. All of her toys are gone, all of our clothes, we have lost everything.

“I didn’t have contents insurance so I can’t claim anything back.

“The house was rented so I’m waiting to hear back from my landlord about what the next step is but at the moment we are homeless.

“I’m staying with a friend and my daughter is with my mum.

“I’m just so thankful that she wasn’t in the house at the time and my pets were rescued.

“Luckily she was at school otherwise could have been so much worse. But we are going to start all over again. We’re all just in shock.” 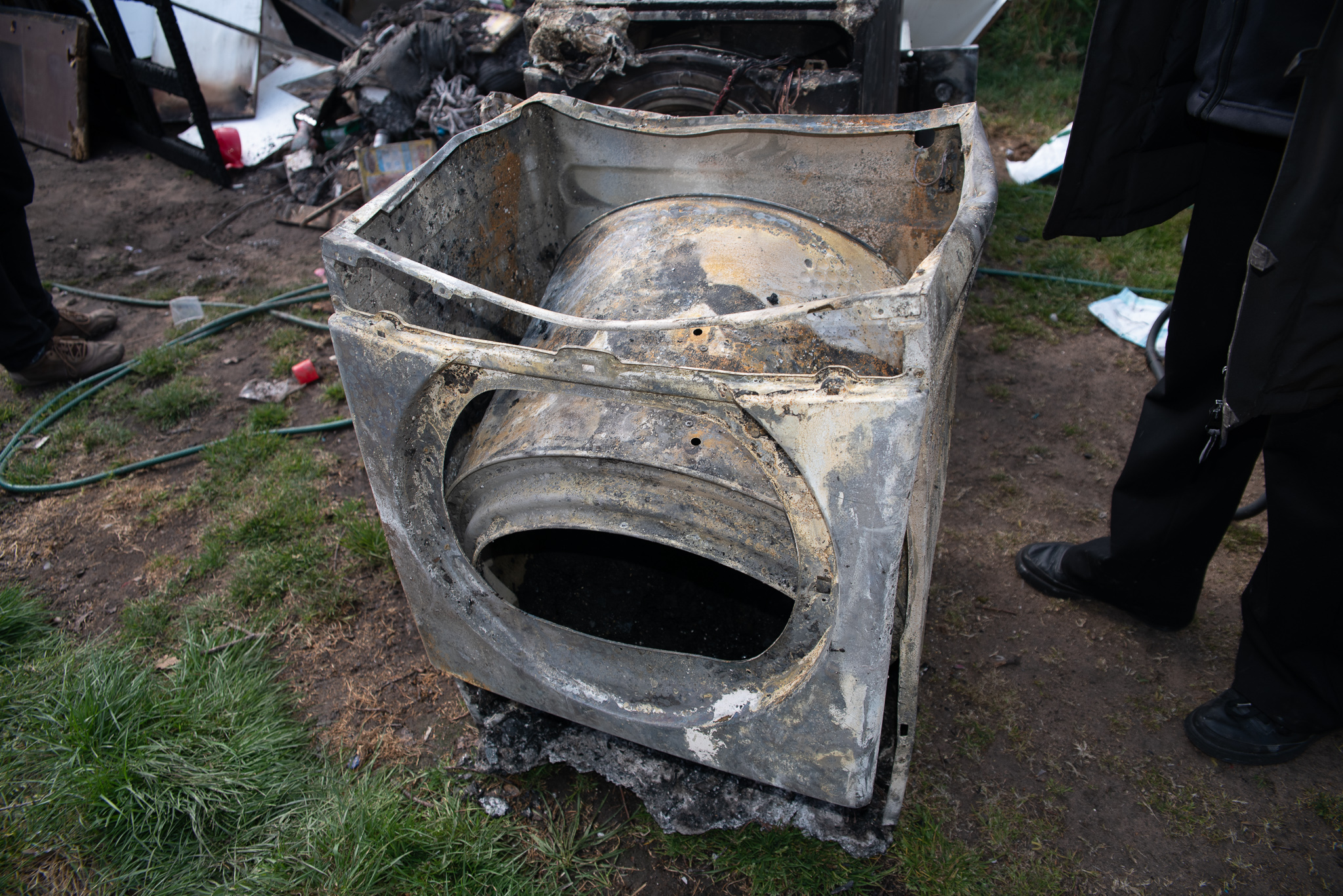 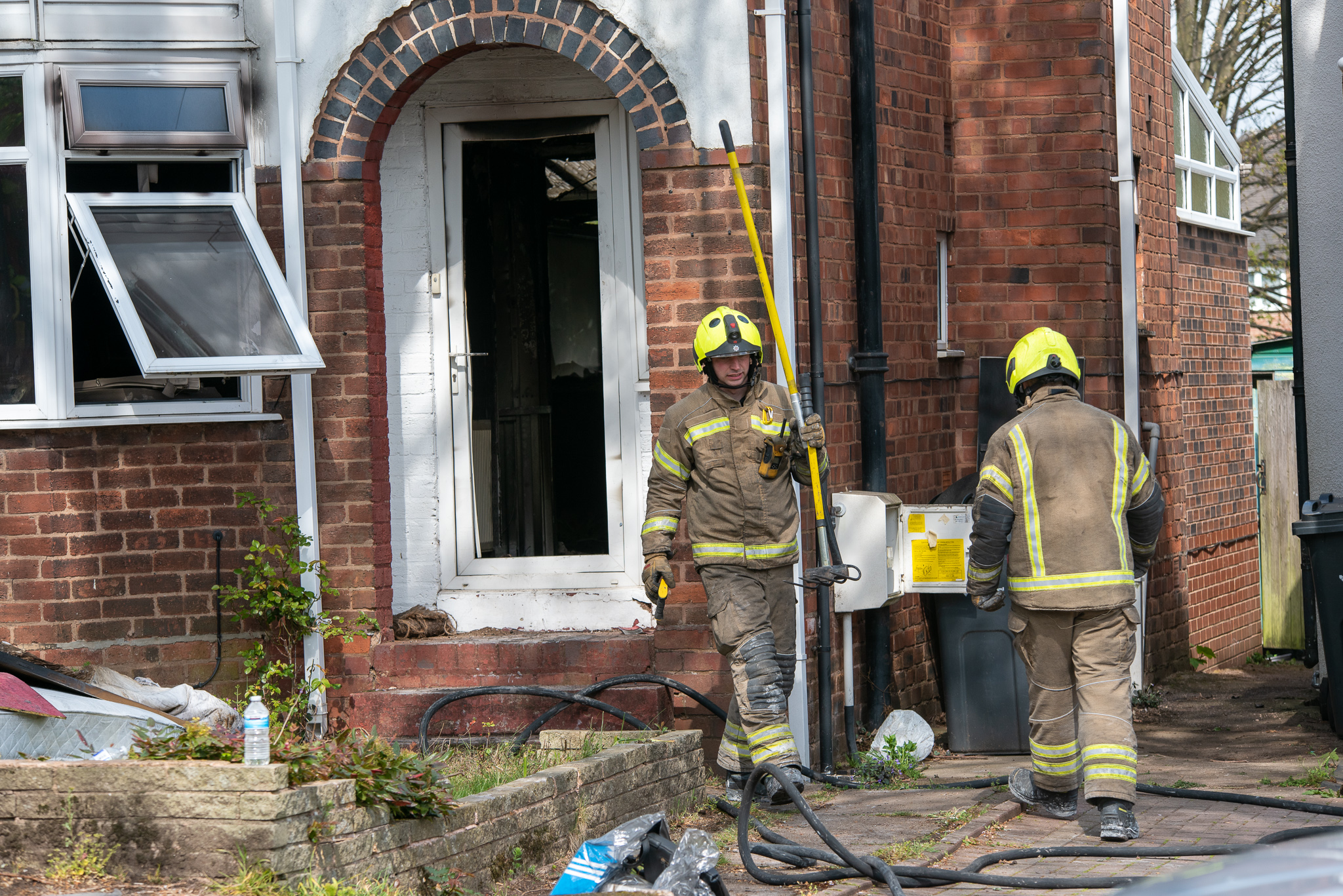 It’s believed the blaze started from a Hoover tumble dryer which was not switched on, but had been plugged into the mains.

Donna’s nextdoor neighbour reported smelling smoke shortly after 12.00pm on Thursday and rushed outside to see the house on fire.

Donna added: “We don’t know for sure until it’s been properly investigated but the firefighters said they believe it could have started from the dryer.

“I’ve had it for about eight years and it was a present from my mum.”

Donna’s daughter Shannon has started a GoFundMe page to try and help get her mum and sister back on their feet.

It says: “My mum’s had a massive house fire caused by a tumble dryer. “Her home has completely burnt down.

“Thankfully my mom and little sister weren’t in the house and are safe but they have lost everything.” 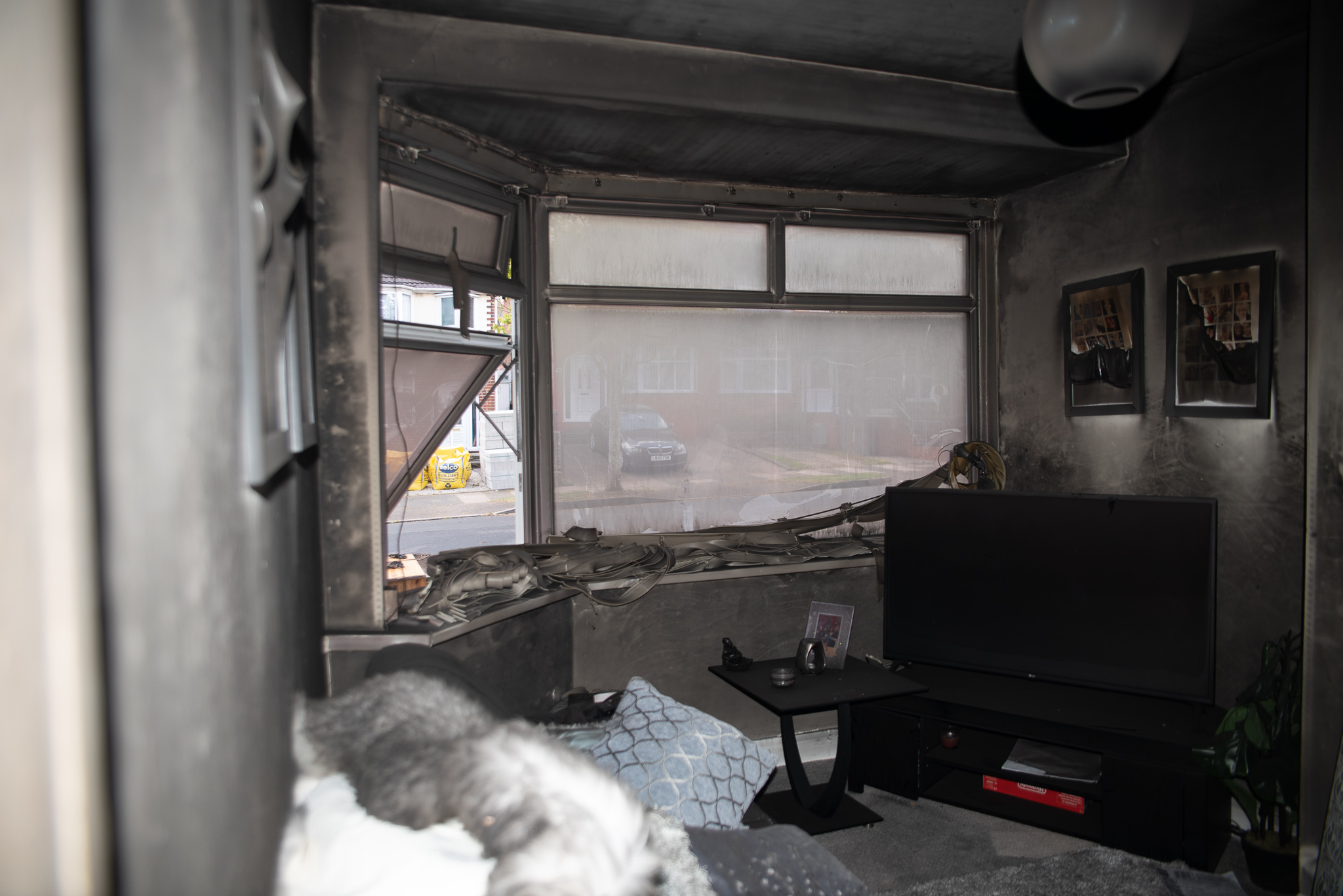 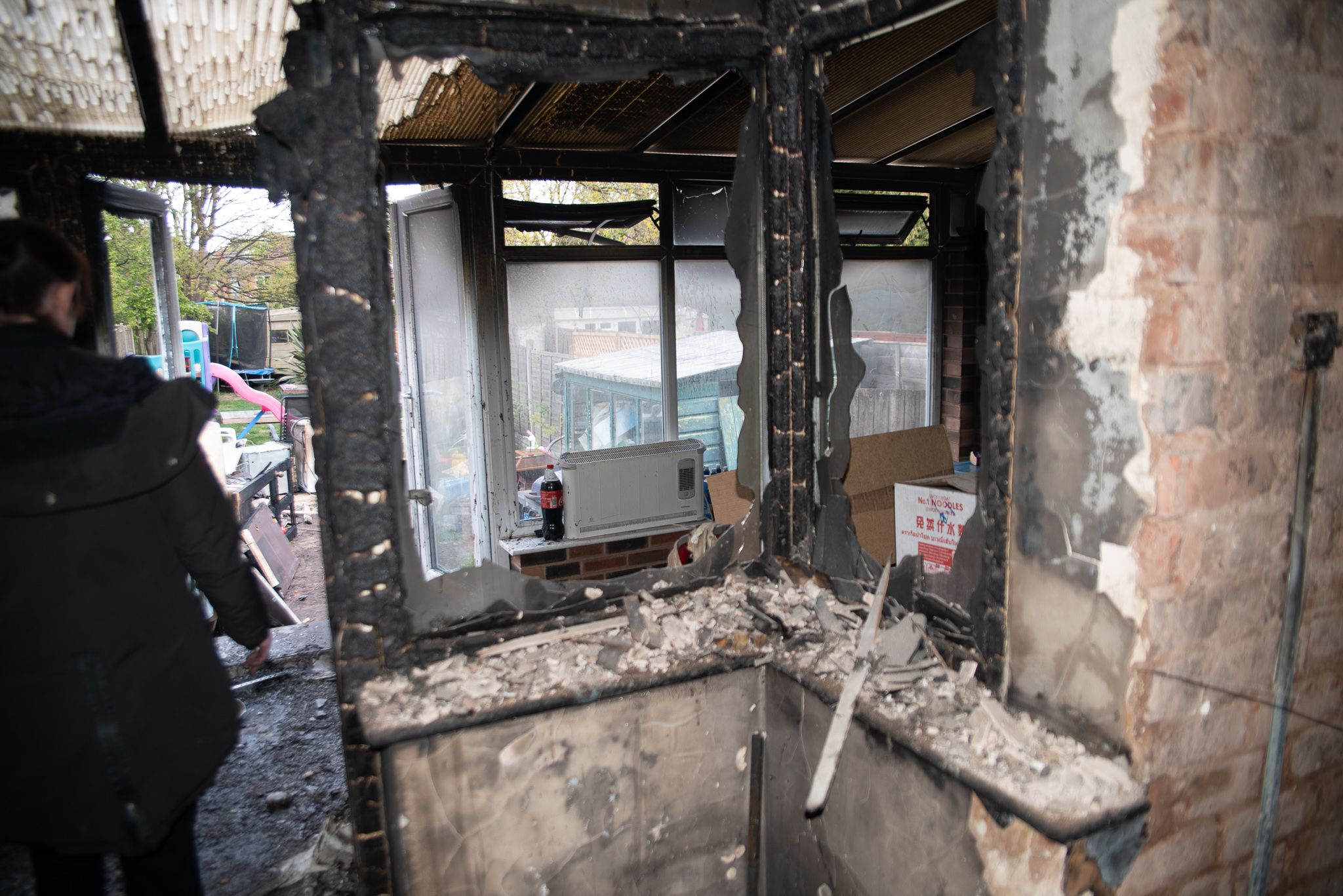 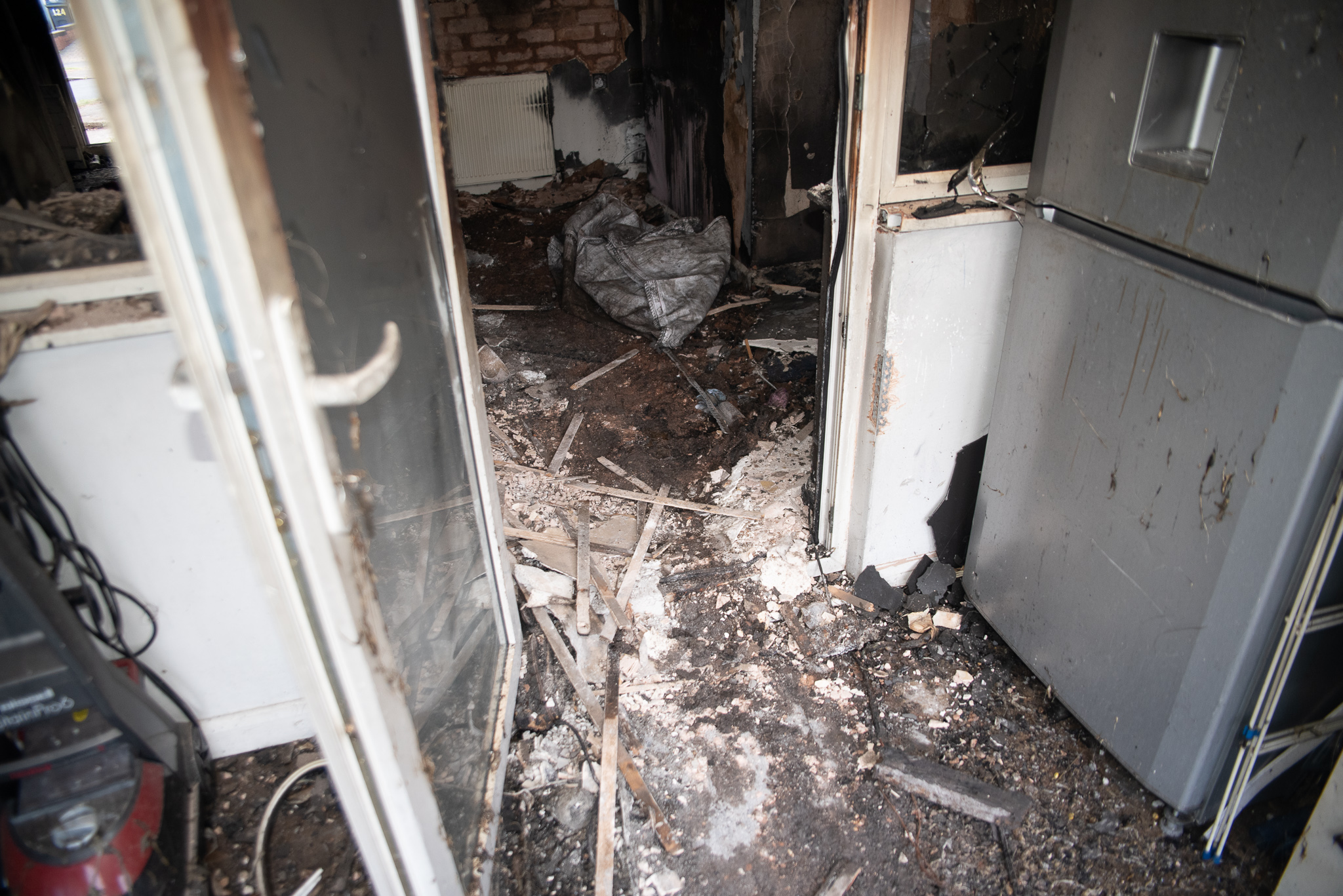 A West Midlands Fire Service spokeswoman said: “We were called just after 12.30pm to a severe house fire in the ground floor of a semi-detached property on Perry Wood Road in Great Barr, Birmingham.

“Two fire engines from Perry Barr and Handsworth, a Brigade Response Vehicle from Ward End and 13 firefighters attended the scene.

“Four breathing apparatus and two hose reel jets were used by firefighters to extinguish the fire with crews remaining on the scene to check for hot spots and carry out the necessary ventilation.”

A Hoover spokeswoman said: “We are saddened to hear about the incident at Ms Gales property and take reports of this nature very seriously.

“As it stands, the incident has not formally been reported to us so we would like to thank The Sun for bringing it to our attention.

“In line with our investigation processes, we would like to collect the appliance and undertake a thorough inspection of the product to determine the cause.”

It’s estimated that around 300 fires a week, or around 15,000 each year, are caused by home appliances, according to the latest Home Office figures.

The biggest cause of domestic appliance fires remain cookers, sparking around 8,000 over a 12-month period.

Fires caused by faulty washing machines and tumble dryers account for more than a third of this overall number.