DRIVERS are stuck in miles of tailbacks after the M4 was brought to a standstill by a fire, and a sinkhole opened up on the M5 causing chaos.

The sinkhole, around 6 inches deep and a foot long caused two miles of queues on the M5 – while smoke caused tens of drivers on the M4 to pull over. 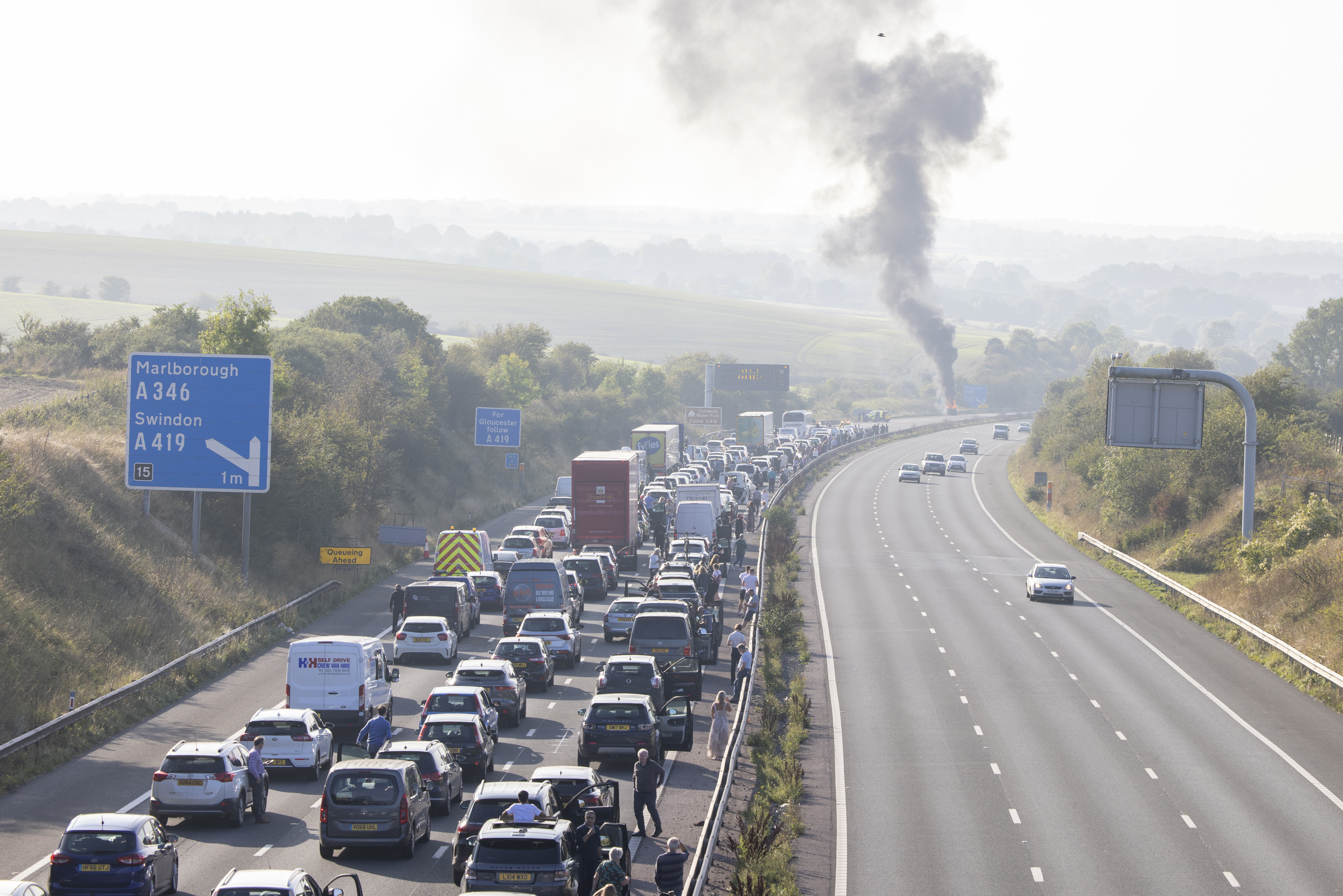 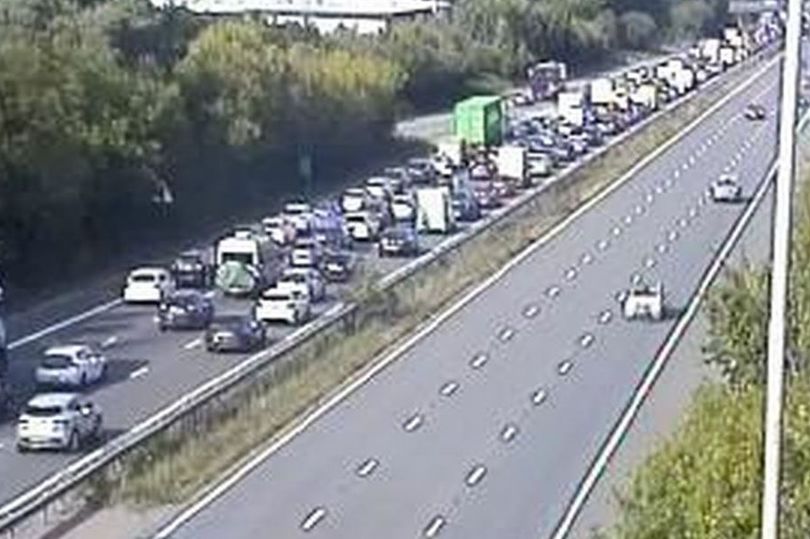 Two lanes on the M5's northbound carriageway between junction 9 at Tewkesbury and junction 8 at Strensham, Worcestershire have now shut.

According to GloucestershireLive cars have been damaged, and are on the hard shoulder of the motorway.

INRIX said: "Two lanes closed and queueing traffic for two miles due to emergency repairs on M5 Northbound from J9 A46 (Tewkesbury) to J8 M50.

“Travel time is ten minutes. Lanes one and two of four are closed."

And Highways England has said that traffic delays may be in place for at least two hours.

In a tweet, National Highways: South-West said: "The Lane 1 & 2 closure is now in place and we are awaiting our contractors to attend and repair the defect.

“We will update when the repair is complete. Thank you for your patience."

Meanwhile on the M4 a car was completely destroyed after it caught on fire on the hard shoulder at 3.30pm.

It’s thought the driver managed to escape the sudden blaze.

At 5pm there were delays of around 30 minutes and 1.5miles of congestion on the approach to the incident.

“The stop message came in at 4:45pm and crews left the scene just after 5pm. No casualties were reported.”

All lanes were reopened at 5.40pm but according to Highways England there are still delays of around 10 minutes in the area.