Mother-of-two, 21, led revenge attack on ex-boyfriend after row over whether their children’s sleepover clothes were too small

A mother-of-two led a revenge attack against her ex-boyfriend after he accused her of supplying their children with clothes that were ‘too small’ for a sleepover.

Rhiannon Moss, 21, travelled 25 miles with her new lover and a teenage relative to collect the youngsters and beat up Liam Greenwood.

It followed a bizarre row over the phone between them about the tight fitting clothing.

Moss and two men kicked down the front door at a house where Mr Greenwood was staying with the children and attacked the three people inside.

Mr Greenwood’s new girlfriend Charlene Kenny had her hair grabbed by Moss as Mr Greenwood was repeatedly punched and kicked.

Miss Kenny’s brother Andy was also grabbed in a headlock and punched as he tried to fend off the invaders while the youngsters watched and cried. 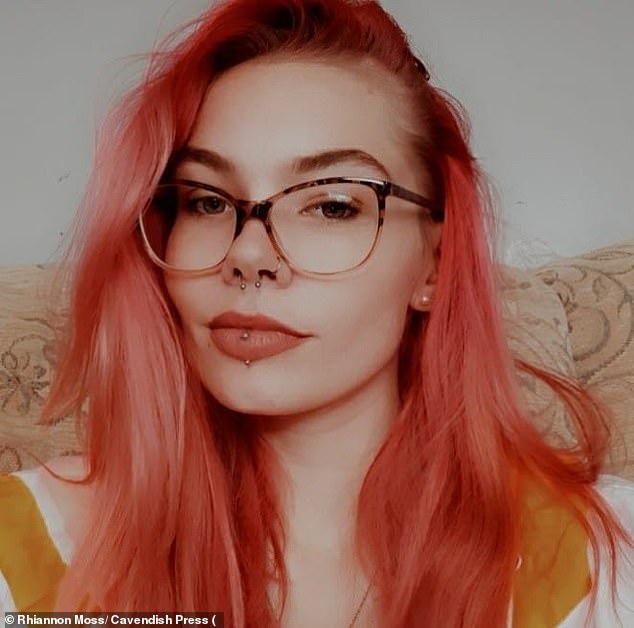 Rhiannon Moss (pictured), 21, travelled 25 miles with her new lover and a teenage relative to collect the youngsters and beat up Liam Greenwood 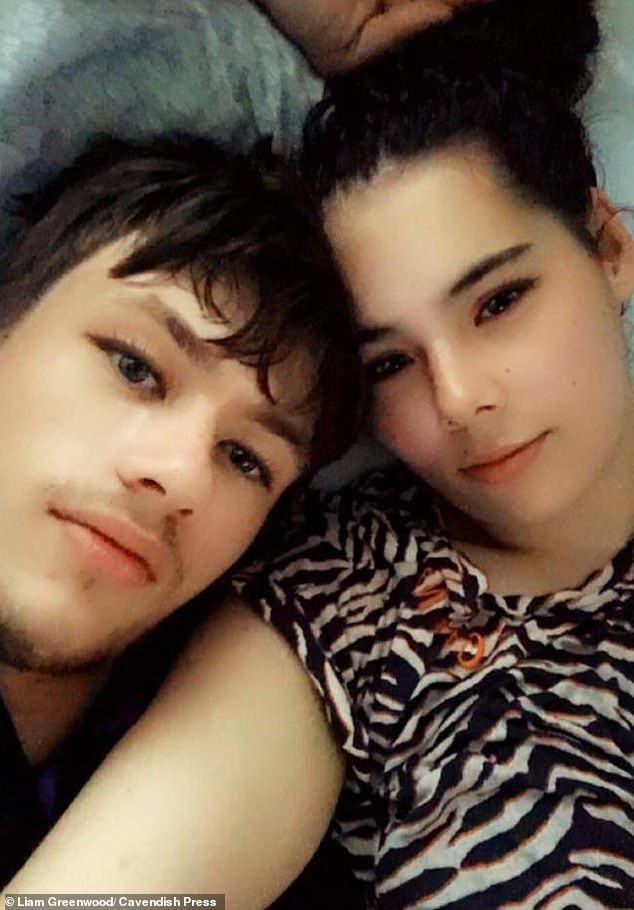 The two men were treated for black eyes and other bruising, Mr Kenny also suffered bouts of dizziness for two weeks and Miss Kenny had a bruised leg.

Mr Kenny, whose daughter, three, and brother, 14, were at the home at the time, said: ‘I feel anxious leaving the house now and suffer occasional flashbacks.

‘My daughter is also nervous whenever somebody comes to the door and has difficulty sleeping.’

Mr Greenwood told police: ‘My eye was sore for a number of weeks and I don’t feel safe anymore when I’m on my own.’

Moss, boyfriend John Whittaker, 22, and his cousin Ryan Hancock, 18, from Burnley, were charged with burglary with intent to cause grievous bodily harm.

But they were all spared jail at Manchester Crown Court after their guilty pleas to the lesser charges of assault were accepted by the prosecution.

Moss and Mr Greenwood had been in a two-year relationship during which they had a son aged two and daughter aged 18 months. 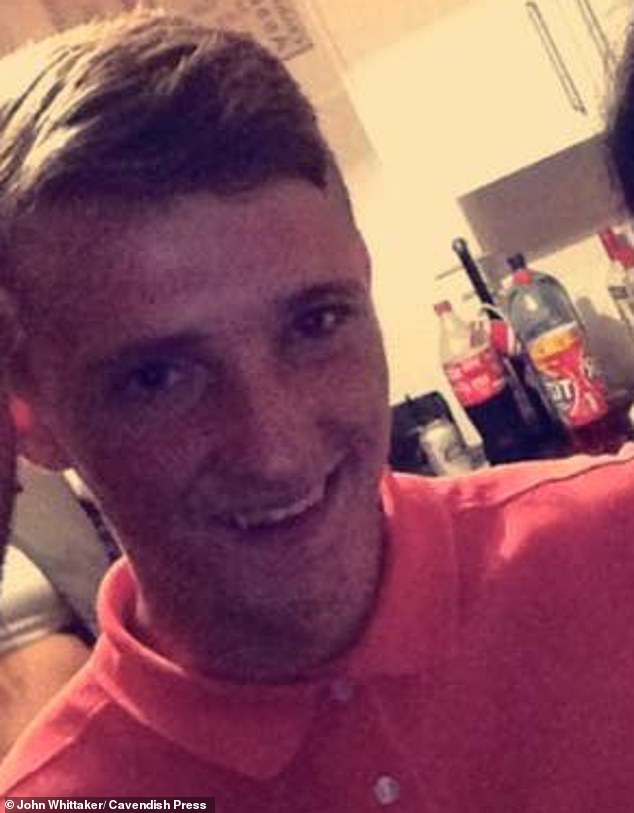 Moss, boyfriend John Whittaker (pictured), 22, and his cousin Ryan Hancock, 18, from Burnley, were charged with burglary with intent to cause grievous bodily harm

But they split up in September 2020 and she began a fling with Whittaker while Mr Greenwood started dating Miss Kenny.

A row broke out on February 20 after the youngsters were invited for a sleepover at the Kenny family home in Radcliffe, near Bury.

Brian Berlyne prosecuting said: ‘At 7.30am Moss made a video call to Charlene asking to see the children on camera and seemed unhappy to hear her son was not awake.

‘At 9am Charlene rang back to show the boy had woken up – but Liam then joined the conversation saying he was unhappy with the clothing provided for the children. Whittaker then joined in the call and an argument ensued.

‘Shortly afterwards when Moss asked if the children were going to be returned as planned, Liam said they would not and talked about their clothing being too small.

‘Moss then phoned Charlene and said they would come to the house, kick the door down, beat them up and take the children.’

He continued: ‘She then messaged her to say she was on her way and Charlene called the police.

‘Moss was irate and saying if she had to get her grandfather to take her, she would not be responsible for her actions.

‘The grandfather then agreed to drive her to the house with Whittaker and Hancock, who was brought along as force of numbers.

‘At 10.30am Charlene heard the sound of banging and saw Moss outside the window. Charlene said she had already called police but Moss then went to the back door and asked to be let in.

‘Fearing violence, Charlene ignored her request but Moss then went back to the front of the house and the three defendants kicked the door in.

‘Whittaker and Hancock approached Andy Kenny who was punched on the nose three times and kicked in the head.

‘Whittaker then put him in a headlock before Mr Kenny was punched a further three times. 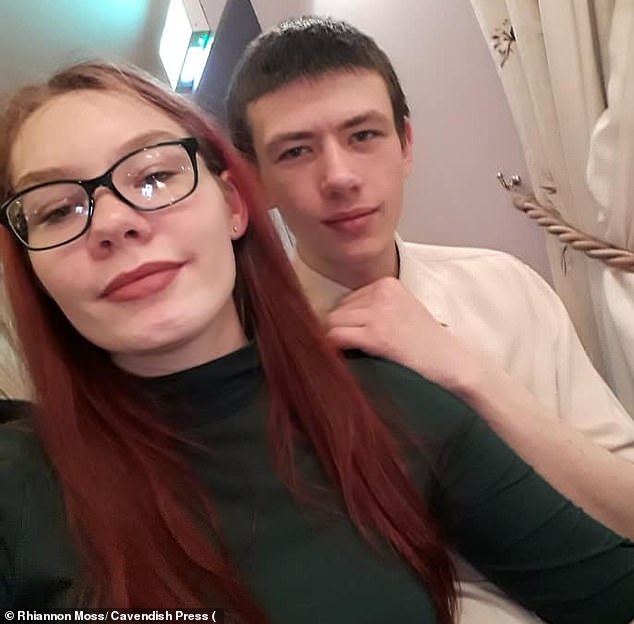 ‘The defendants went upstairs where Liam was in the bedroom with Charlene and the children.

‘Liam attempted to close the door but Moss reached round and pulled at Charlene’s arm.

‘The bedroom door was then kicked off its hinges and Liam was punched in the face and put in a headlock.

‘He was kicked in the ribs causing him to fall to the floor where he was kicked and punched again.

‘Moss approached Charlene and pulled her hair as Charlene tried to comfort one of the children.

‘She told Charlene to hand over her daughter and when she refused Moss grabbed hold of hair again and pulled it.

‘The three defendant then took the children out of the house but police had already arrived at the scene and they were arrested.’

Moss gave no comment in interview while Whittaker said he punched Mr Kenny to the face in self-defence.

He claimed he hit Mr Greenwood five times because the victim had swung a punch at him.

In mitigation for Moss, defence counsel Anna Bond said her client was ‘remorseful’ and the children had ‘complex needs’.

For Whittaker, Peter Cruickshank said his client offered his ‘deep seated’ apologies for his behaviour.

Moss admitted two charges of common assault and was ordered to complete a two-year community order plus 40 Rehabilitation Requirement Days.

She will also be electronically tagged for three months as part of a 7pm-7am curfew.

Whittaker who admitted two charges of assault occasioning actual bodily harm was given a six-month jail term suspended for 18 months.

Hancock, who admitted ABH and common assault, was given a two-year community order. Both were ordered to complete 150 hours unpaid work.

All three were banned from making direct contact with Mr Greenwood under the terms of a restraining order.

Sentencing Judge Alan Conrad QC said of Moss: ‘She does herself no credit at all as a mother in behaving this way in front of her children.

‘That’s no example to set. This was joint assault on people within their own home. This was a disgraceful incident.

‘You were all intent on gaining access to their property and forced your way in. Once inside the three of you embarked on violence towards the occupants.

‘You not only entered the house as trespassers but this was group violence and violence committed in the presence of very young children.

‘True it is there may have been a sense of grievance about the way the children were being kept there – but this was no way to go about resolving things.’